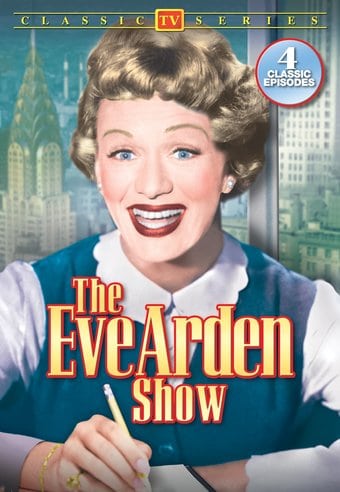 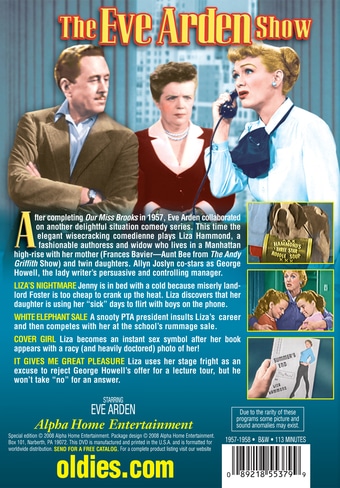 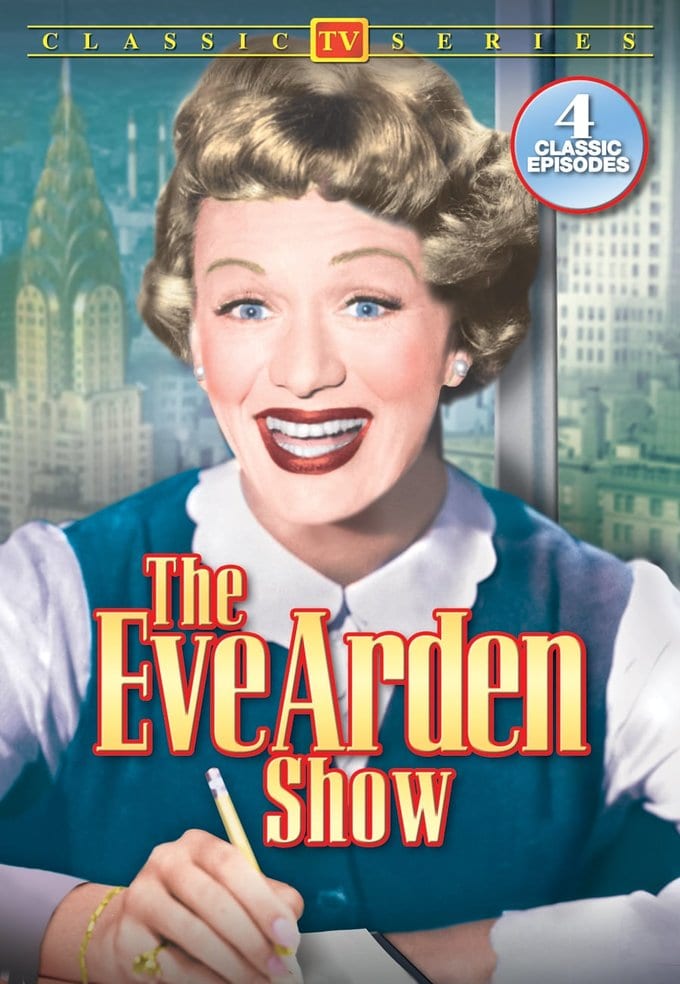 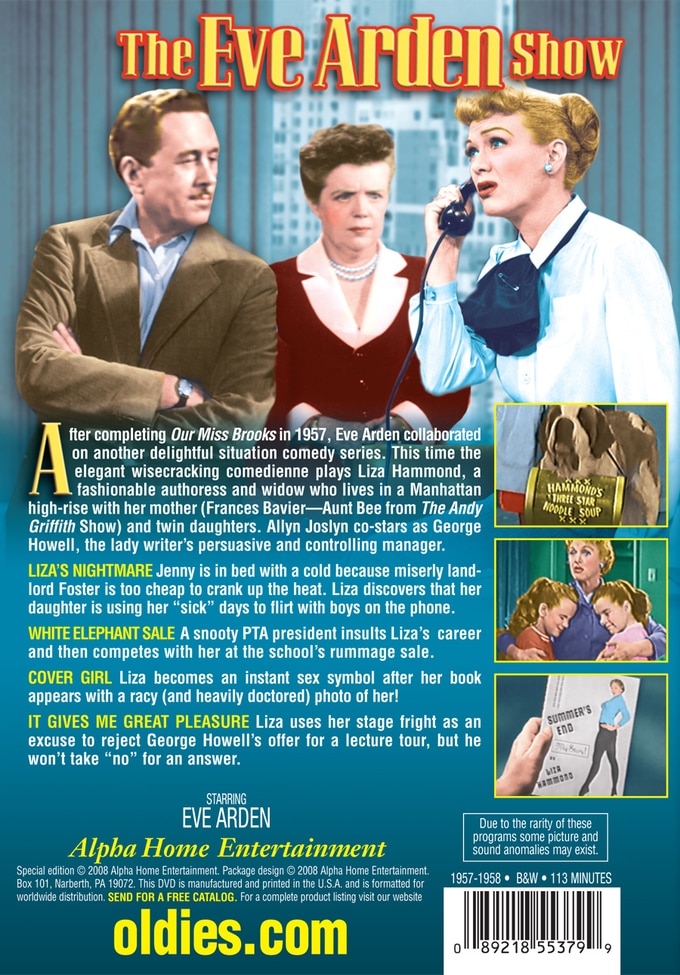 After completing "Our Miss Brooks" in 1957, Eve Arden collaborated on another delightful situation comedy series. This time the elegant wisecracking comedienne plays Liza Hammond, a fashionable authoress and widow who lives in a Manhattan high-rise with her mother (Frances Bavier - Aunt Bee from "The Andy Griffith Show") and twin daughters. Allyn Joslyn co-stars as George Howell, the lady writer's persuasive and controlling manager.

Liza's Nightmare: Jenny is in bed with a cold because miserly landlord Foster is too cheap to crank up the heat. Liza discovers that her daughter is using her "sick" days to flirt with boys on the phone.

White Elephant Sale: A snooty PTA president insults Liza's career and then competes with her at the school's rummage sale.

Cover Girl: Liza becomes an instant sex symbol after her book appears with a racy (and heavily doctored) photo of her!

It Gives Me Great Pleasure: Liza uses her stage fright as an excuse to reject George Howell's offer for a lecture tour, but he won't take "no" for an answer.

Vintage TV | Sitcoms | Comedians / Comediennes | Television Programs | Television Shows | Television / TV Series
This product is made-on-demand by the manufacturer using DVD-R recordable media. Almost all DVD players can play DVD-Rs (except for some older models made before 2000) - please consult your owner's manual for formats compatible with your player. These DVD-Rs may not play on all computers or DVD player/recorders. To address this, the manufacturer recommends viewing this product on a DVD player that does not have recording capability.


Fun little sitcom with the delightful Eve Arden. The first episode on the disc is a little weak, but the rest are great!