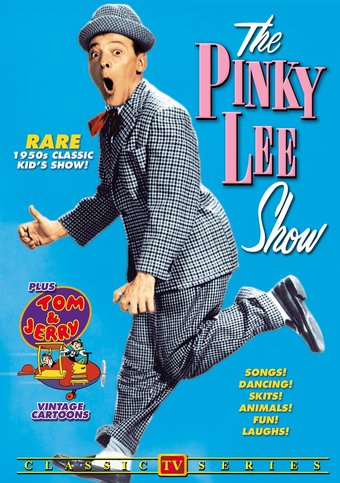 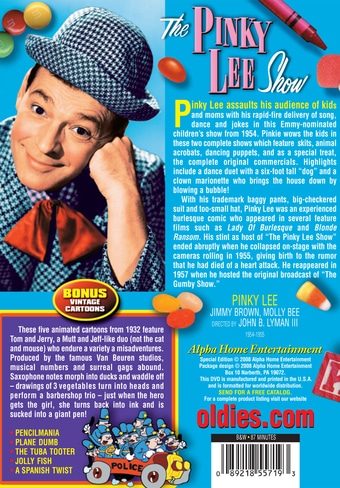 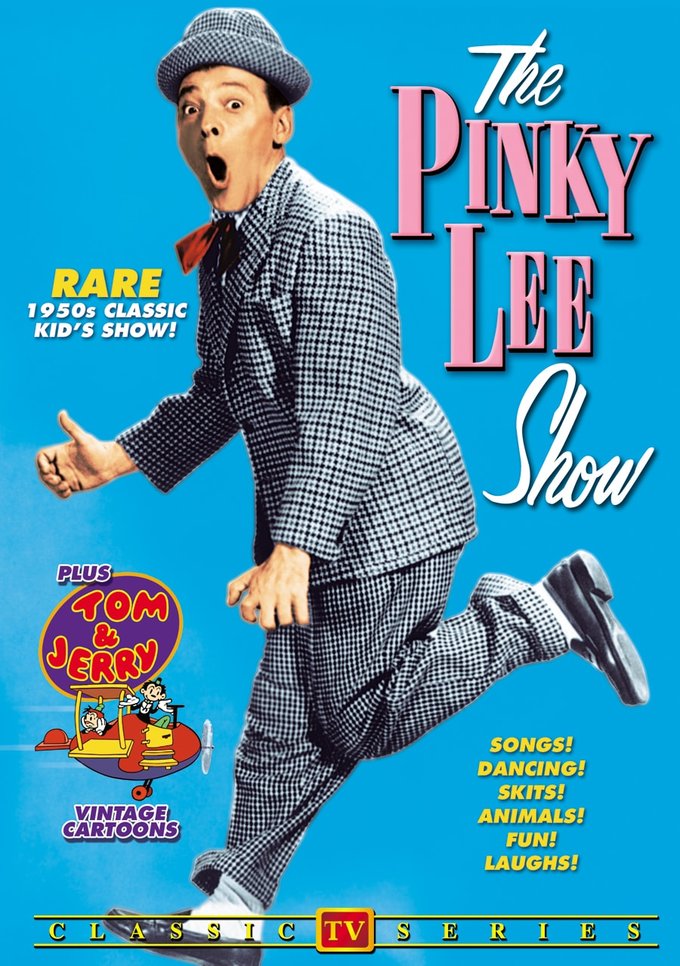 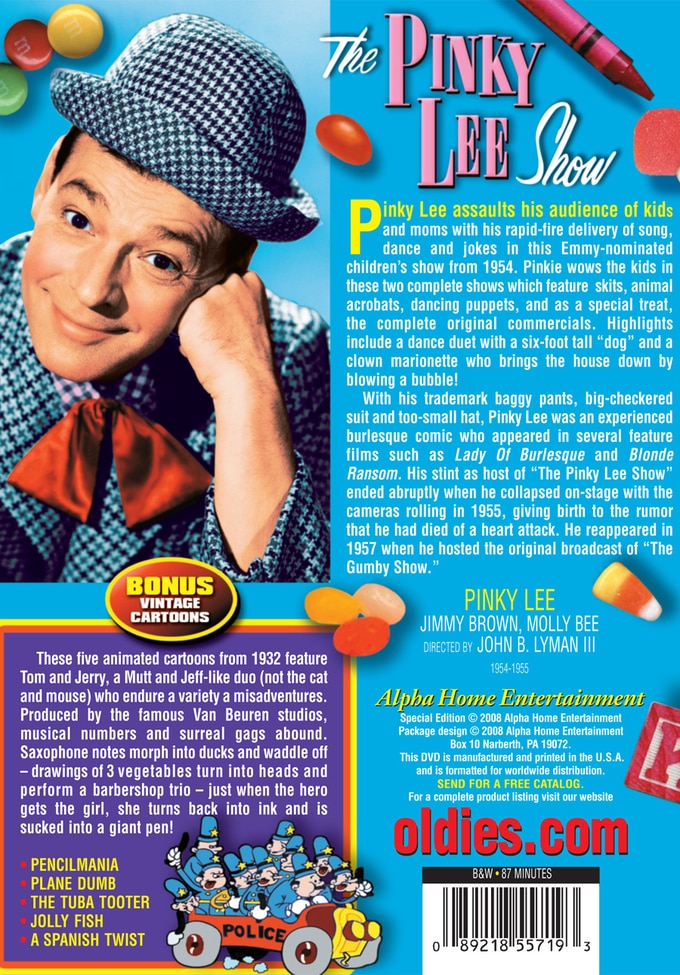 Pinky Lee assaults his audience of kids and moms with his rapid-fire delivery of song, dance and jokes in this Emmy-nominated children's show from 1954. Pinky wows the kids in these two complete shows which feature skits, animal acrobats, dancing puppets, and as a special treat, the complete original commercials. Highlights include a dance duet with a six-foot tall "dog" and a clown marionette who brings the house down by blowing a bubble!

With his trademark baggy pants, big-checkered suit and too-small hat, Pinky Lee was an experienced burlesque comic who appeared in several feature films such as Lady Of Burlesque and Blonde Ransom. His stint as host of "The Pinky Lee Show" ended abruptly when he collapsed on-stage with the cameras rolling in 1955, giving birth to the rumor that he had died of a heart attack. He reappeared in 1957 when he hosted the original broadcast of "The Gumby Show."

BONUS - Vintage Cartoons: These five animated cartoons from 1932 feature Tom and Jerry, a Mutt and Jeff-like duo (not the cat and mouse) who endure a variety a misadventures. Produced by the famous Van Beuren Studios, musical numbers and surreal gags abound. Saxophone notes morph into ducks and waddle off - drawings of 3 vegetables turn into heads and perform a barbershop trio - just when the hero gets the girl, she turns back into ink and is sucked into a giant pen! Includes "Pencilmania," "Plane Dumb," "The Tuba Tooter," "Jolly Fish" and "A Spanish Twist."

Vintage TV | Comedians / Comediennes | Comedy Teams | Comedy Skits | Television / TV Series
This product is made-on-demand by the manufacturer using DVD-R recordable media. Almost all DVD players can play DVD-Rs (except for some older models made before 2000) - please consult your owner's manual for formats compatible with your player. These DVD-Rs may not play on all computers or DVD player/recorders. To address this, the manufacturer recommends viewing this product on a DVD player that does not have recording capability.


The 2 episodes of "The Pinky Lee Show" on this DVD are great. But the highlight of this DVD are the "Tom and Jerry" cartoons. They Rock!