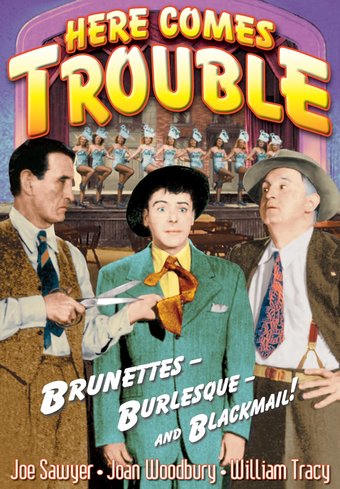 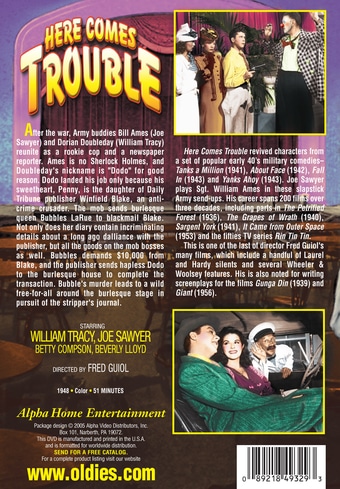 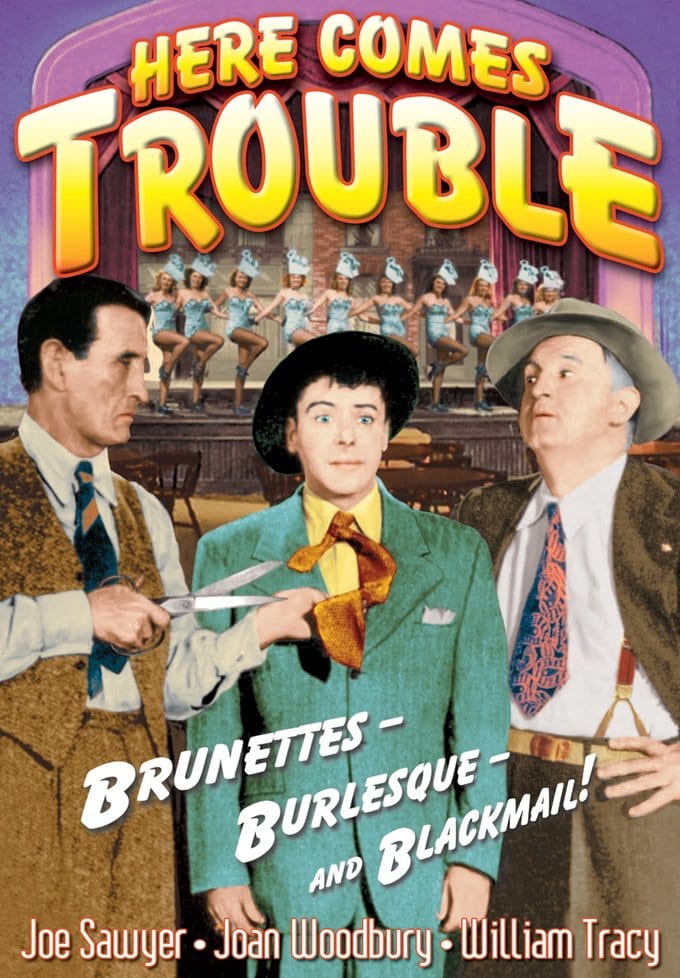 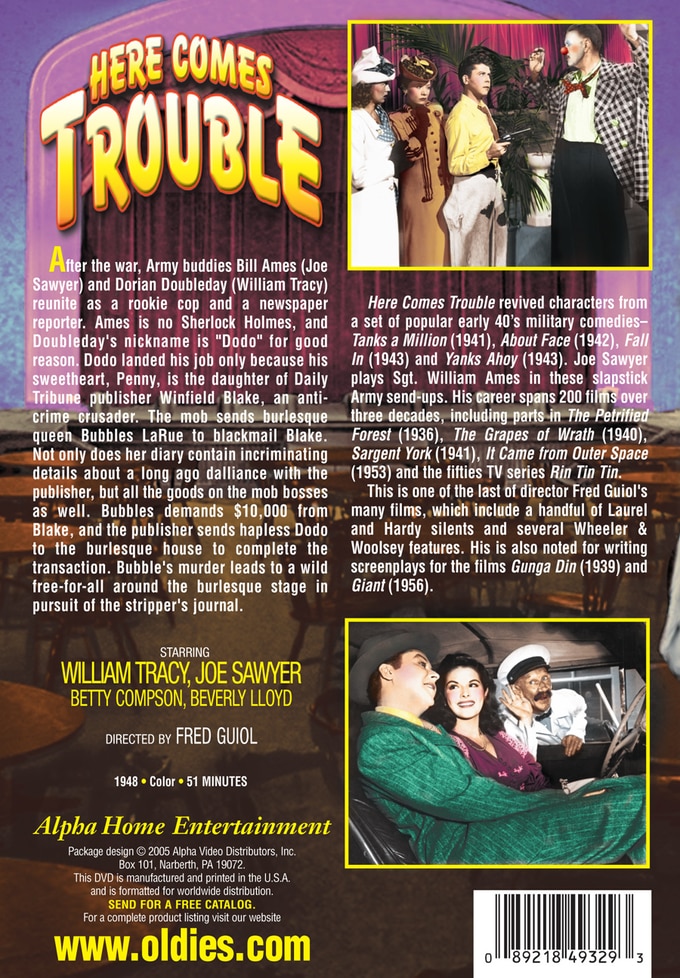 After the war, Army buddies Bill Ames (Joe Sawyer) and Dorian Doubleday (William Tracy) reunite as a rookie cop and a newspaper reporter. Ames is no Sherlock Holmes, and Doubleday's nickname is "Dodo" for good reason. Dodo landed his job only because his sweetheart, Penny, is the daughter of Daily Tribune publisher Winfield Blake, an anti-crime crusader. The mob sends burlesque queen Bubbles LaRue to blackmail Blake. Not only does her diary contain incriminating details about a long ago dalliance with the publisher, but all the goods on the mob bosses as well. Bubbles demands $10,000 from Blake, and the publisher sends hapless Dodo to the burlesque house to complete the transaction. Bubble's murder leads to a wild free-for-all around the burlesque stage in pursuit of the stripper's journal.

This is one of the last of director Fred Guiol's many films, which include a handful of Laurel and Hardy silents and several Wheeler & Woolsey features. His is also noted for writing screenplays for the films Gunga Din (1939) and Giant (1956).

In this fourth offering in the Hal Roach series, "Dodo" Doubleday is back on the beat as a police reporter. Everything goes swimmingly until Dodo runs into his old top sergeant.

60%off
The Girl Who Kicked The Hornets' Nest
$3.98 Super Savings
Add to Cart