A screenwriter who goes undercover as a soda jerk to learn the secrets of Hollywood hopefuls. 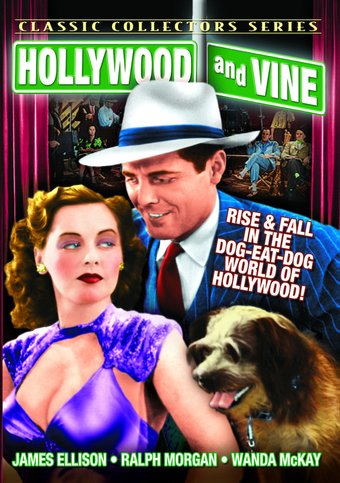 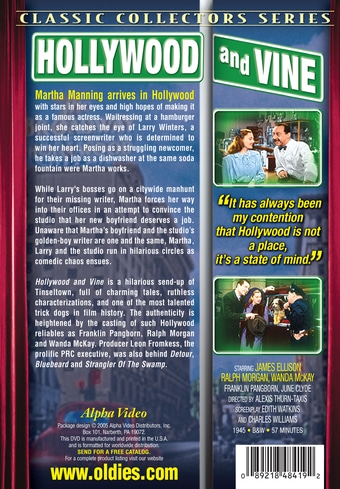 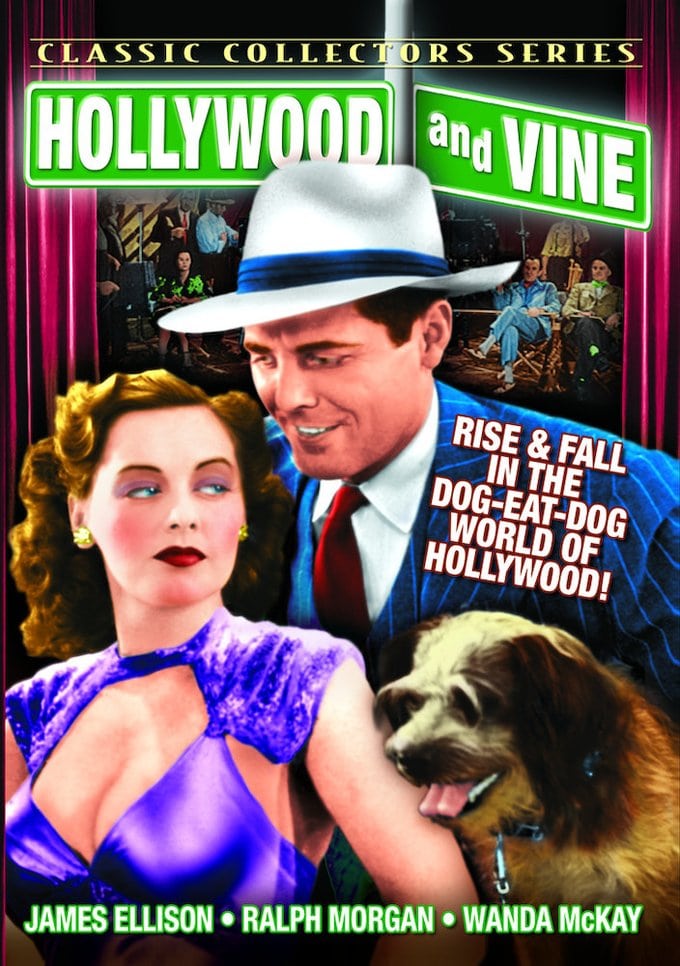 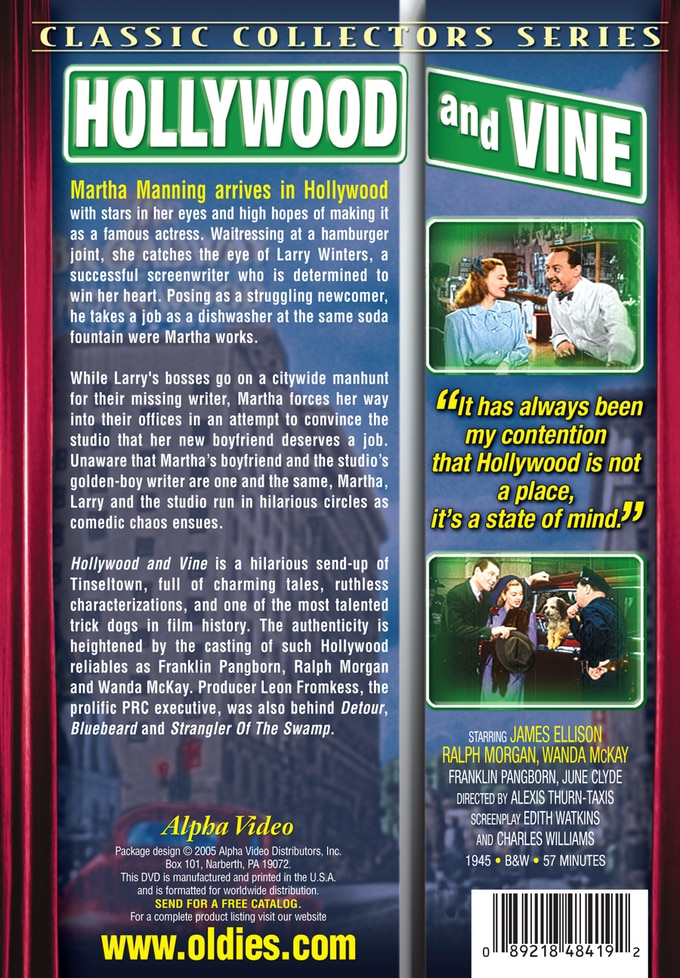 "It has always been my contention that Hollywood is not a place, it's a state of mind."

Martha Manning arrives in Hollywood with stars in her eyes and high hopes of making it as a famous actress. Waitressing at a hamburger joint, she catches the eye of Larry Winters, a successful screenwriter who is determined to win her heart. Posing as a struggling newcomer, he takes a job as a dishwasher at the same soda fountain were Martha works.

While Larry's bosses go on a citywide manhunt for their missing writer, Martha forces her way into their offices in an attempt to convince the studio that her new boyfriend deserves a job. Unaware that Martha's boyfriend and the studio's golden-boy writer are one and the same, Martha, Larry and the studio run in hilarious circles as comedic chaos ensues.

Hollywood and Vine is a hilarious send-up of Tinseltown, full of charming tales, ruthless characterizations, and one of the most talented trick dogs in film history. The authenticity is heightened by the casting of such Hollywood reliables as Franklin Pangborn, Ralph Morgan and Wanda McKay. Producer Leon Fromkess, the prolific PRC executive, was also behind Detour, Bluebeard and Strangler Of The Swamp.

A Hollywood spoof with several colorful caricatures of Tinseltown types.