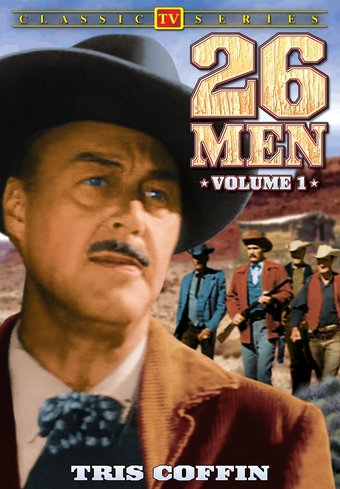 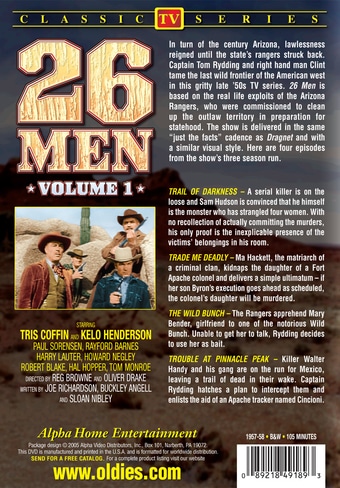 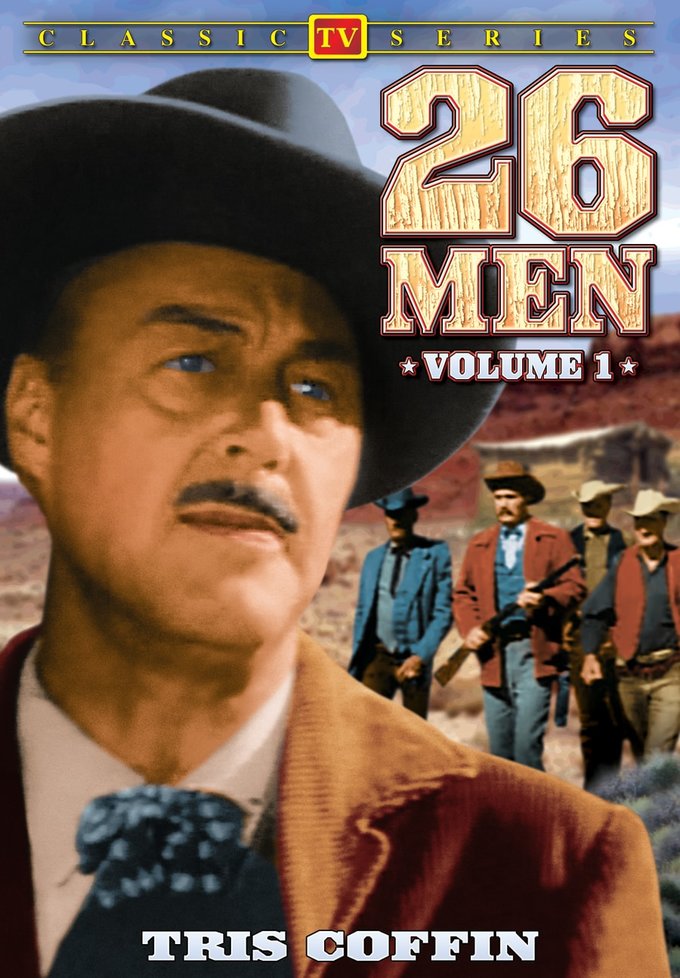 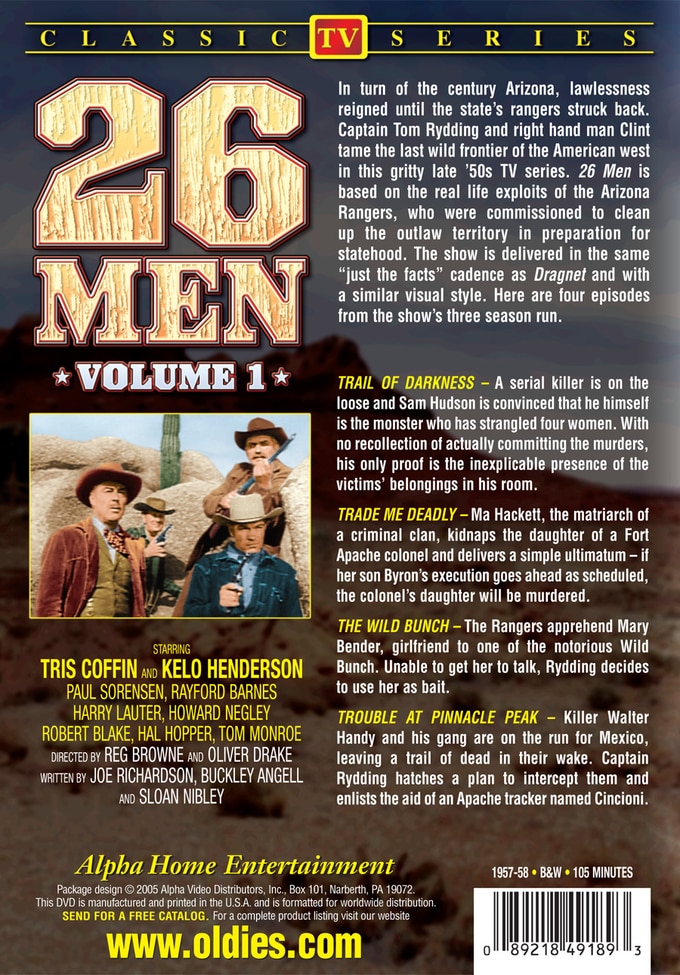 In turn of the century Arizona, lawlessness reigned until the state's rangers struck back. Captain Tom Rydding and right hand man, Clint, tame the last wild frontier of the American west in this gritty late '50s TV series. "26 Men" is based on the real life exploits of the Arizona Rangers, who were commissioned to clean up the outlaw territory in preparation for statehood. The show is delivered in the same "just the facts" cadence as "Dragnet" and with a similar visual style. Here are four episodes from the show's three season run.

TRAIL OF DARKNESS: A serial killer is on the loose and Sam Hudson is convinced that he himself is the monster who has strangled four women. With no recollection of actually committing the murders, his only proof is the inexplicable presence of the victims' belongings in his room.

TRADE ME DEADLY: Ma Hackett, the matriarch of a criminal clan, kidnaps the daughter of a Fort Apache colonel and delivers a simple ultimatum - if her son Byron's execution goes ahead as scheduled, the colonel's daughter will be murdered.

THE WILD BUNCH: The Rangers apprehend Mary Bender, girlfriend to one of the notorious Wild Bunch. Unable to get her to talk, Rydding decides to use her as bait.

TROUBLE AT PINNACLE PEAK: Killer Walter Handy and his gang are on the run for Mexico, leaving a trail of dead in their wake. Captain Rydding hatches a plan to intercept them and enlists the aid of an Apache tracker named Cincioni.

Thieves
This product is made-on-demand by the manufacturer using DVD-R recordable media. Almost all DVD players can play DVD-Rs (except for some older models made before 2000) - please consult your owner's manual for formats compatible with your player. These DVD-Rs may not play on all computers or DVD player/recorders. To address this, the manufacturer recommends viewing this product on a DVD player that does not have recording capability.