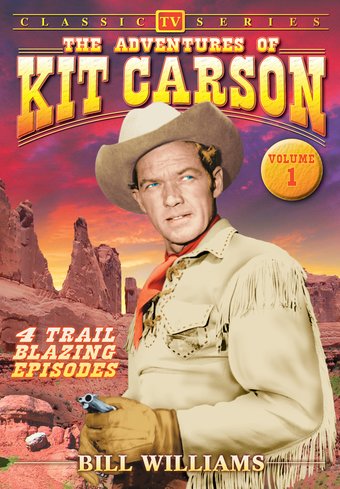 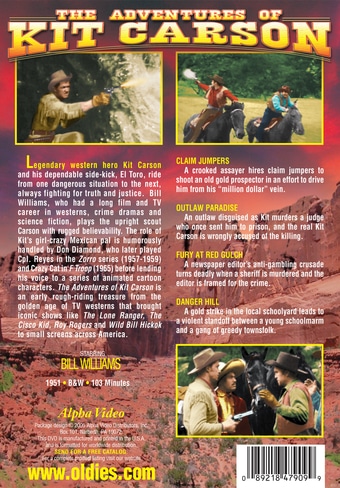 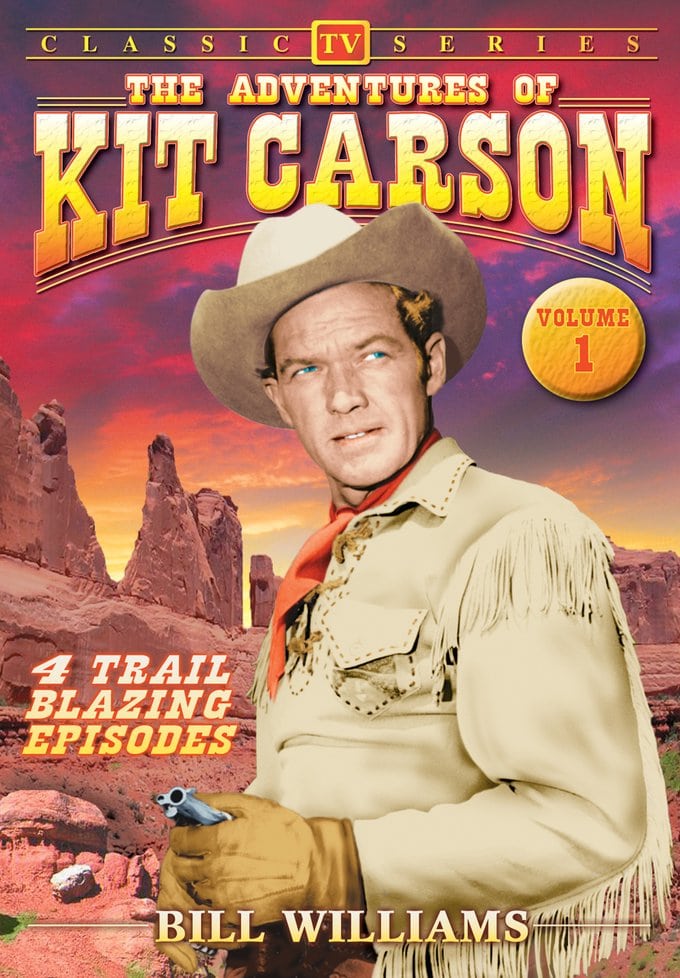 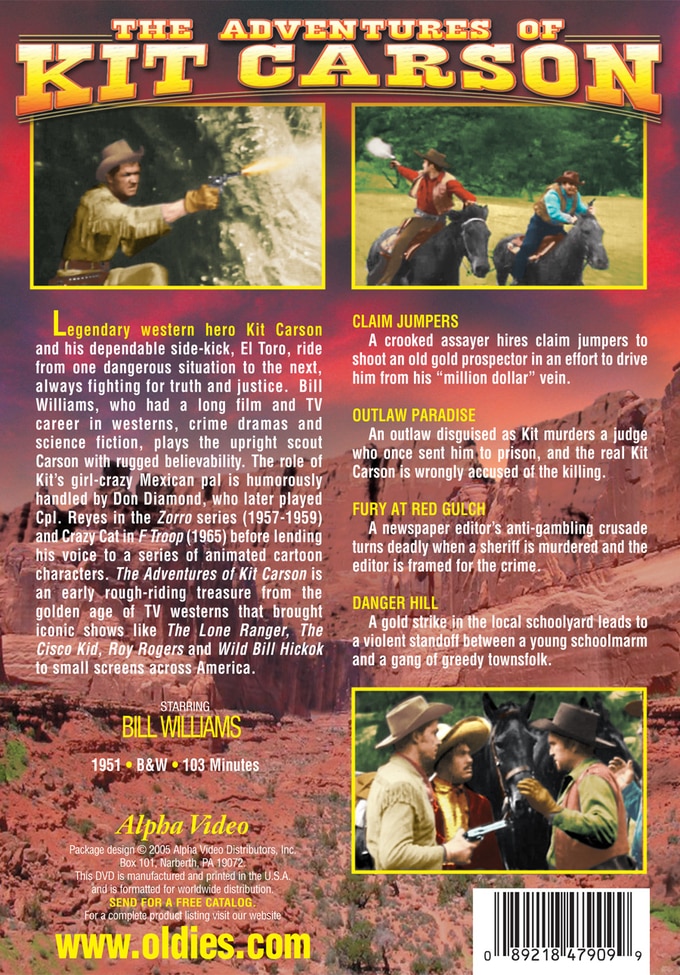 Claim Jumpers: A crooked assayer hires claim jumpers to shoot an old gold prospector in an effort to drive him from his "million dollar" vein.

Outlaw Paradise: An outlaw disguised as Kit murders a judge who once sent him to prison, and the real Kit Carson is wrongly accused of the killing.

Fury at Red Gulch: A newspaper editor's anti-gambling crusade turns deadly when a sheriff is murdered and the editor is framed for the crime.

Danger Hill: A gold strike in the local schoolyard leads to a violent standoff between a young schoolmarm and a gang of greedy townsfolk.

First airing on American television in the early 1950s, the western series THE ADVENTURES OF KIT CARSON followed the thrilling adventures of Kit Carson and his Mexican partner El Toro in their pursuit of justice and women. Bill Williams plays Kit Carson, while Don Diamond plays his goofy pal. During its run, the series fell into the same category as other TV westerns such as "Roy Rogers," "The Cisco Kid," and "The Lone Ranger." This Volume contains four episodes from the show: "Claim Jumpers," "Outlaw Paradise," "Fury at Red Gulch," and "Danger Hill." In these episodes, Carson and El Toro must defend innocent people against outlaws, greedy townspeople, and murderers in disguise.

Outlaws | Old West
This product is made-on-demand by the manufacturer using DVD-R recordable media. Almost all DVD players can play DVD-Rs (except for some older models made before 2000) - please consult your owner's manual for formats compatible with your player. These DVD-Rs may not play on all computers or DVD player/recorders. To address this, the manufacturer recommends viewing this product on a DVD player that does not have recording capability.


this a very good classic tv show ,one of the frist tv westerns with his side kick mostly known for guy williams zorro!he played the corporal reyes in that show and a indian in f troop
he makes a great partner to kit,don diamond
is a very good sporting actor as he inhances BILL WILLIAMS AS KIT CARSON ; THIS SHOW ALTHOUGH CHEAPLY MADE AS ALL WERE BACK THEN IS VERY GOOD FULL OF ACTION ! BILL WILLIAMS looks good in this role as i think does most of his stunts !