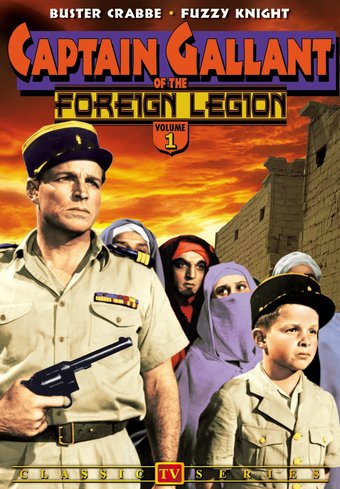 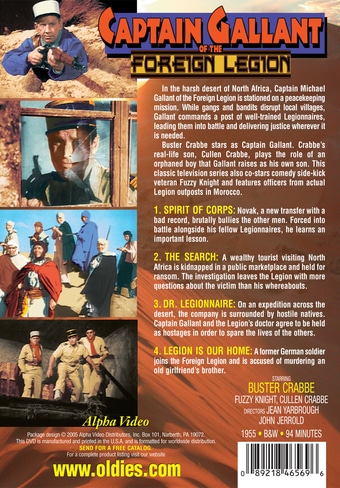 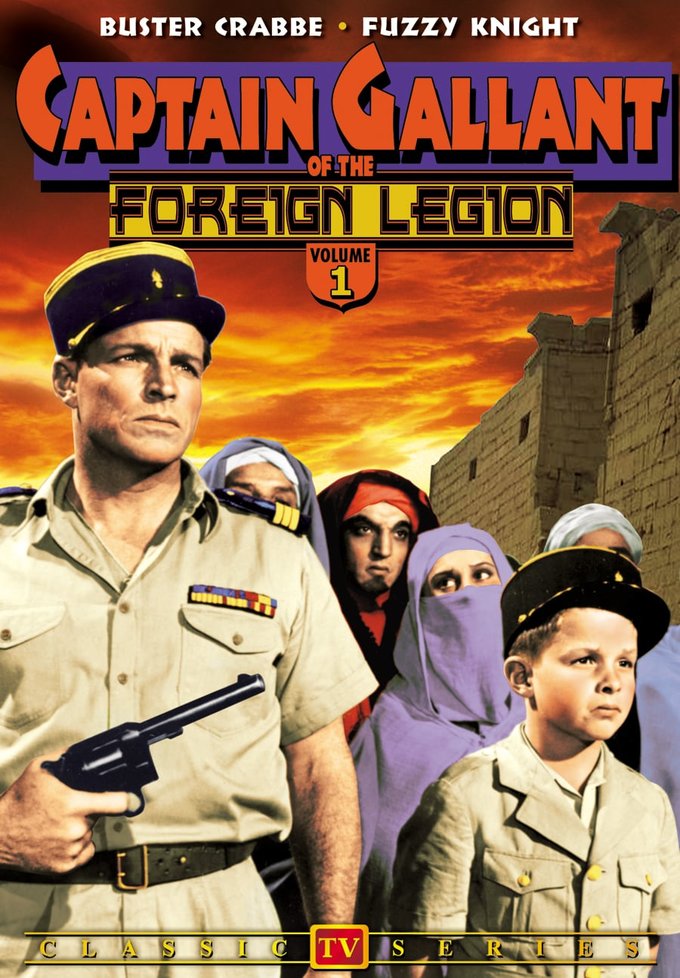 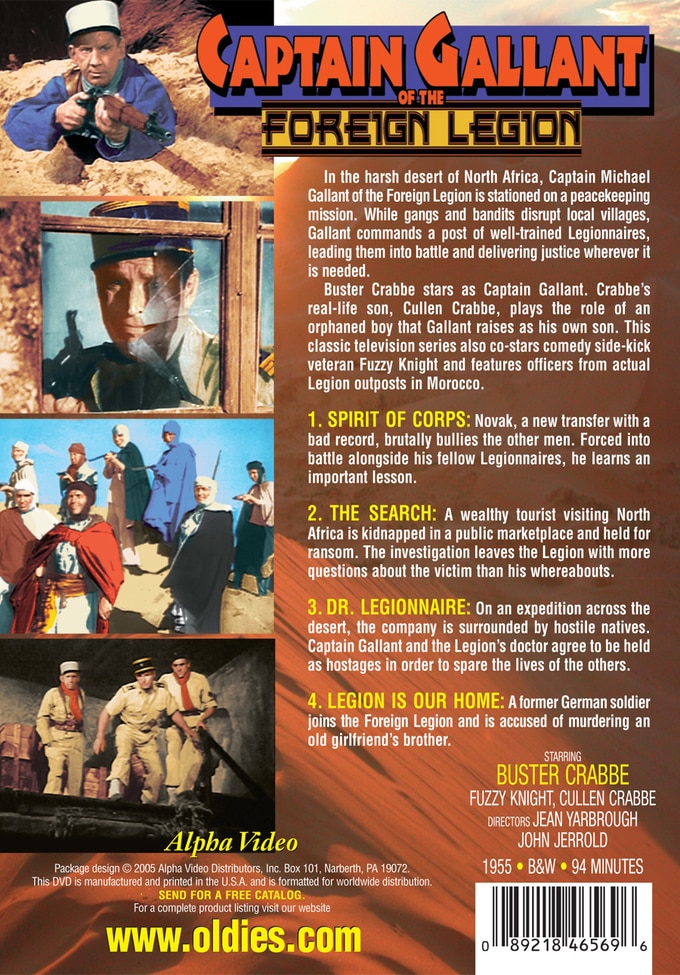 Spirit Of Corps: Novak, a new transfer with a bad record, brutally bullies the other men. Forced into battle alongside his fellow Legionnaires, he learns an important lesson.

The Search: A wealthy tourist visiting North Africa is kidnapped in a public marketplace and held for ransom. The investigation leaves the Legion with more questions about the victim than his whereabouts.

Dr. Legionnaire: On an expedition across the desert, the company is surrounded by hostile natives. Captain Gallant and the Legion's doctor agree to be held as hostages in order to spare the lives of the others.

Legion Is Our Home: A former German soldier joins the Foreign Legion and is accused of murdering an old girlfriend's brother.

First airing on NBC in 1955, this classic television series follows the adventures of Foreign Legion Captain Michael Gallant (Buster Crabbe), the orphan he adopts (played by Cullen Crabbe, Buster Crabbe's real-life son), and his pal and colleague Private Fuzzy Knight. Posted in the desert lands of North Africa, Gallant is in charge of protecting the peace and keeping an eye on his fellow Legionnaires. With gangs and criminals ready to cause trouble at any moment, the captain has his work cut out for him. Reflecting a 1950s purity, Captain Gallant was a positive role model for children, and for his adopted son, Cuffy. This volume includes four episodes. In "Spirit of Corps," Gallant must slap some sense into an arrogant new recruit. In "The Search," the captain is called upon to help find a wealthy tourist who is abducted while vacationing in Africa. Meanwhile, "Dr. Legionnaire" sees the captain in an especially selfless and brave moment of strength. Finally, in "Legion is our Home," the Legionnaires have their suspicions about a former German soldier who has joined their group.


.... is shows like this. A truly fun series. Crabbe is terrific, Fuzzy Knight is wonderful and the show is intelligently written and executed. Stories with morals and lessons - something that the adults can watch for the acting and action and the kid's can enjoy for the action and fun - and actually grow from. This series was more popular than it's brief run would indicate: Mattel sold Captain Gallant playsets for many many years after the show was off the air. One figure from those sets goes for good $ on ebay. Find out why.