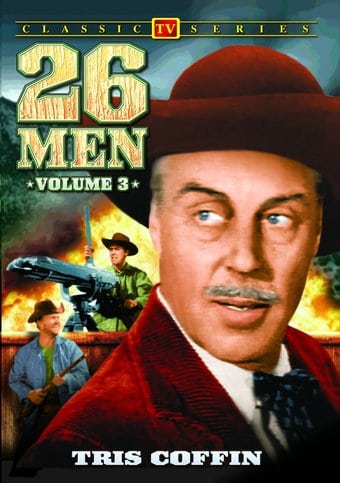 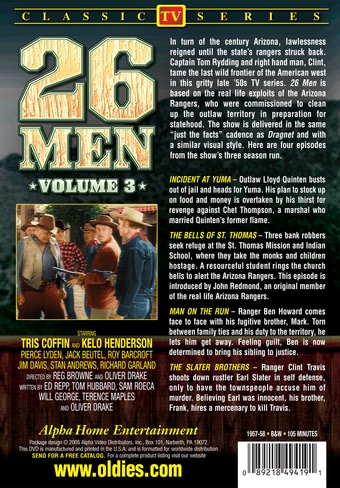 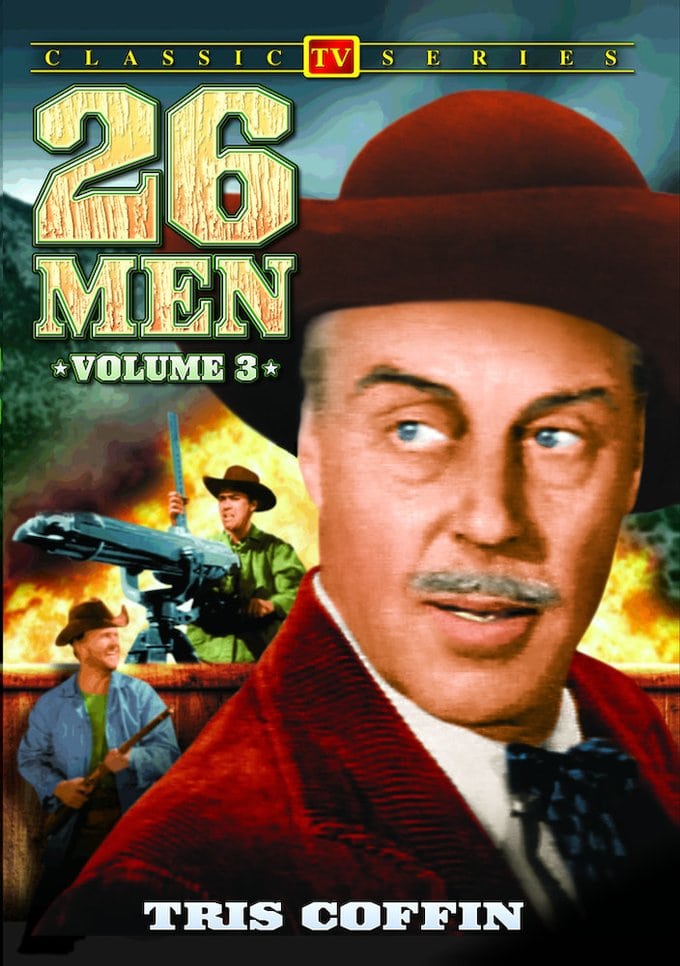 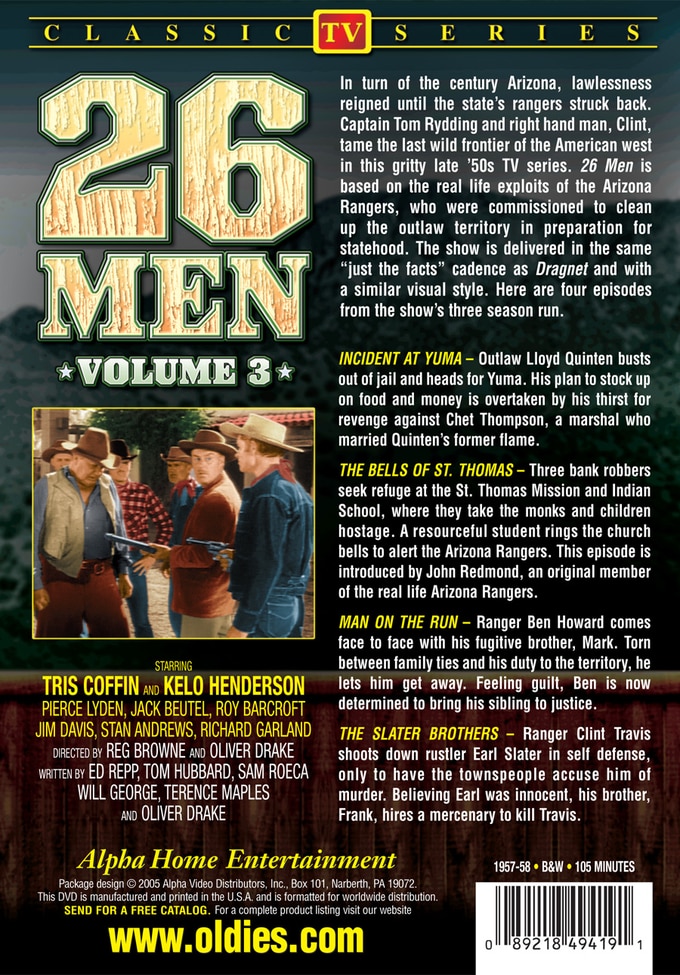 In turn of the century Arizona, lawlessness reigned until the state's rangers struck back. Captain Tom Rydding and right hand man, Clint, tame the last wild frontier of the American west in this gritty late '50s TV series. 26 Men is based on the real life exploits of the Arizona Rangers, who were commissioned to clean up the outlaw territory in preparation for statehood. The show is delivered in the same "just the facts" cadence as Dragnet and with a similar visual style. Here are four episodes from the show's three season run.

INCIDENT AT YUMA: Outlaw Lloyd Quinten busts out of jail and heads for Yuma. His plan to stock up on food and money is overtaken by his thirst for revenge against Chet Thompson, a marshal who married Quinten's former flame.

THE BELLS OF ST. THOMAS: Three bank robbers seek refuge at the St. Thomas Mission and Indian School, where they take the monks and children hostage. A resourceful student rings the church bells to alert the Arizona Rangers. This episode is introduced by John Redmond, an original member of the real life Arizona Rangers.

MAN ON THE RUN: Ranger Ben Howard comes face to face with his fugitive brother, Mark. Torn between family ties and his duty to the territory, he lets him get away. Feeling guilt, Ben is now determined to bring his sibling to justice.

THE SLATER BROTHERS: Ranger Clint Travis shoots down rustler Earl Slater in self defense, only to have the townspeople accuse him of murder. Believing Earl was innocent, his brother, Frank, hires a mercenary to kill Travis.

Thieves
This product is made-on-demand by the manufacturer using DVD-R recordable media. Almost all DVD players can play DVD-Rs (except for some older models made before 2000) - please consult your owner's manual for formats compatible with your player. These DVD-Rs may not play on all computers or DVD player/recorders. To address this, the manufacturer recommends viewing this product on a DVD player that does not have recording capability.


Just as good as Vol1,2, and I know the new 26 Men will be. Fred from Austin. How come the whole series is not out?