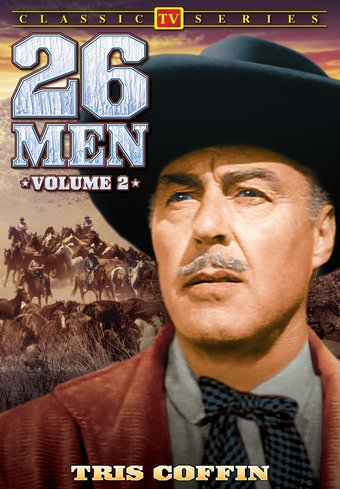 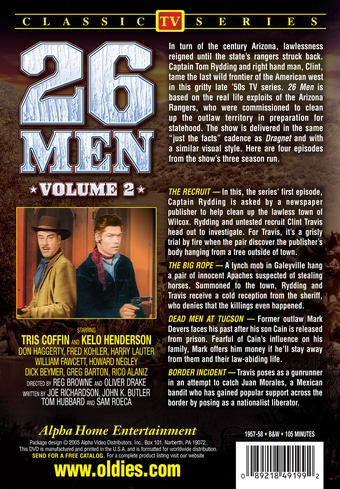 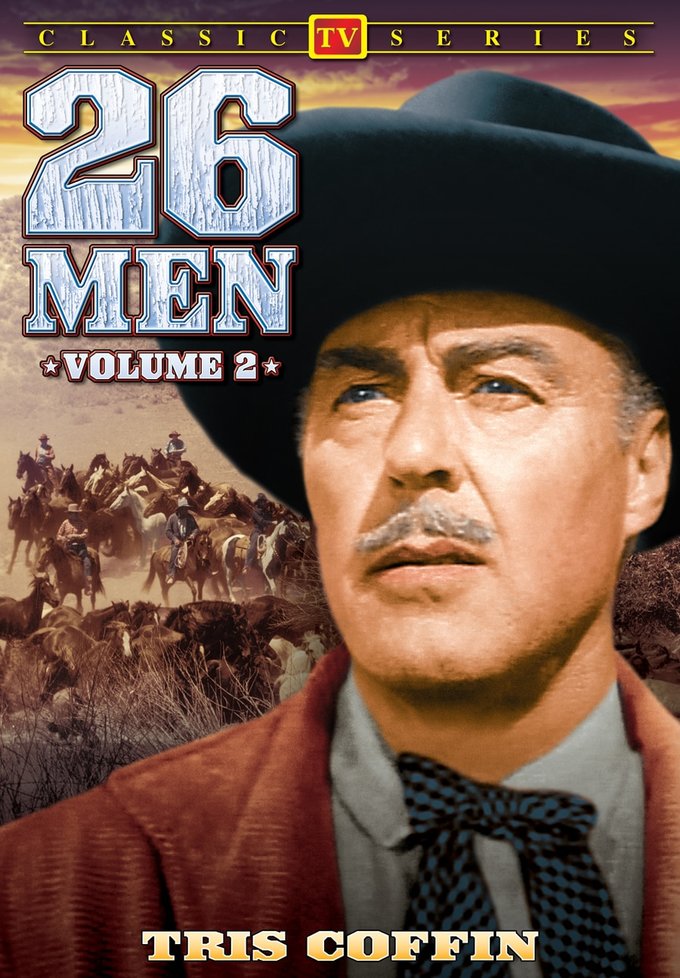 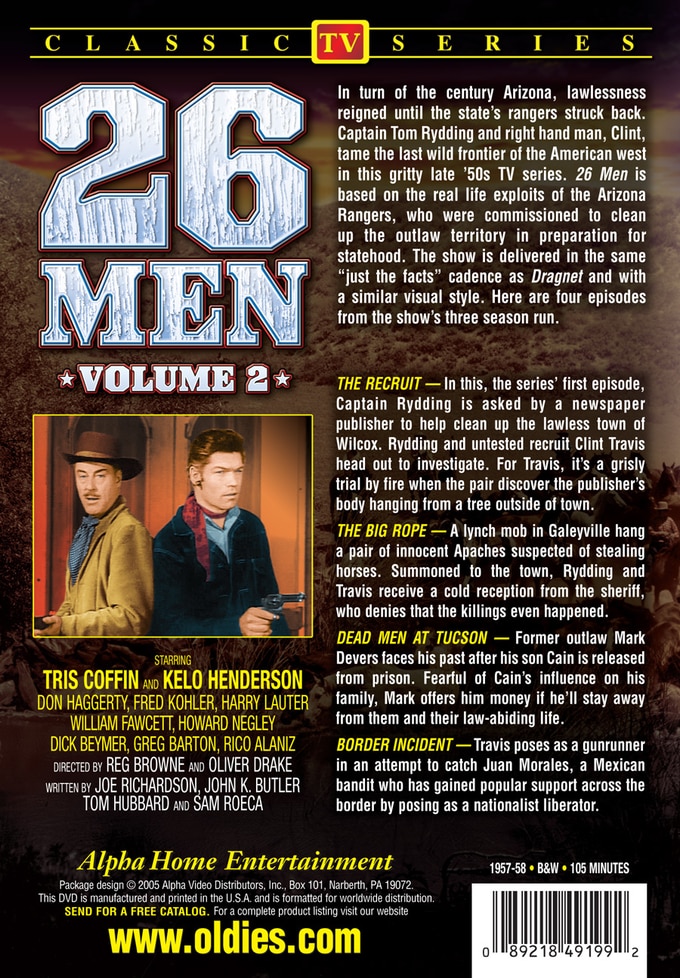 In turn of the century Arizona, lawlessness reigned until the state's rangers struck back. Captain Tom Rydding and right hand man, Clint, tame the last wild frontier of the American west in this gritty late '50s TV series. "26 Men" is based on the real life exploits of the Arizona Rangers, who were commissioned to clean up the outlaw territory in preparation for statehood. The show is delivered in the same "just the facts" cadence as "Dragnet" and with a similar visual style. Here are four episodes from the show's three season run.

THE RECRUIT: In this, the series' first episode, Captain Rydding is asked by a newspaper publisher to help clean up the lawless town of Wilcox. Rydding and untested recruit Clint Travis head out to investigate. For Travis, it's a grisly trial by fire when the pair discover the publisher's body hanging from a tree outside of town.

THE BIG ROPE: A lynch mob in Galeyville hang a pair of innocent Apaches suspected of stealing horses. Summoned to the town, Rydding and Travis receive a cold reception from the sheriff, who denies that the killings even happened.

DEAD MEN AT TUCSON: Former outlaw Mark Devers faces his past after his son Cain is released from prison. Fearful of Cain's influence on his family, Mark offers him money if he'll stay away from them and their law-abiding life.

BORDER INCIDENT: Travis poses as a gunrunner in an attempt to catch Juan Morales, a Mexican bandit who has gained popular support across the border by posing as a nationalist liberator.


Good all the way around. Fred from Austin