Four rare episodes of the action-packed show featuring a group of adventurers fighting Indians and white man's injustice on a frontier settlement. 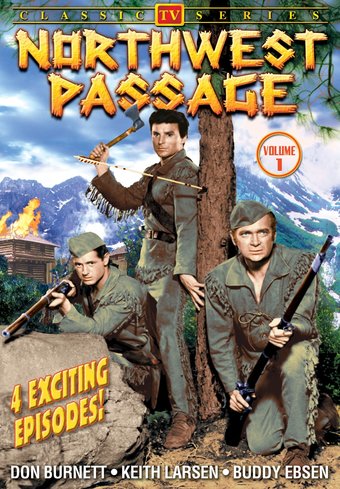 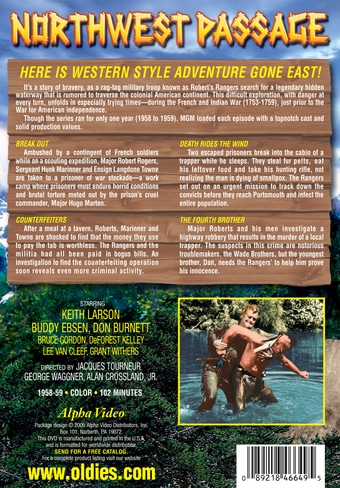 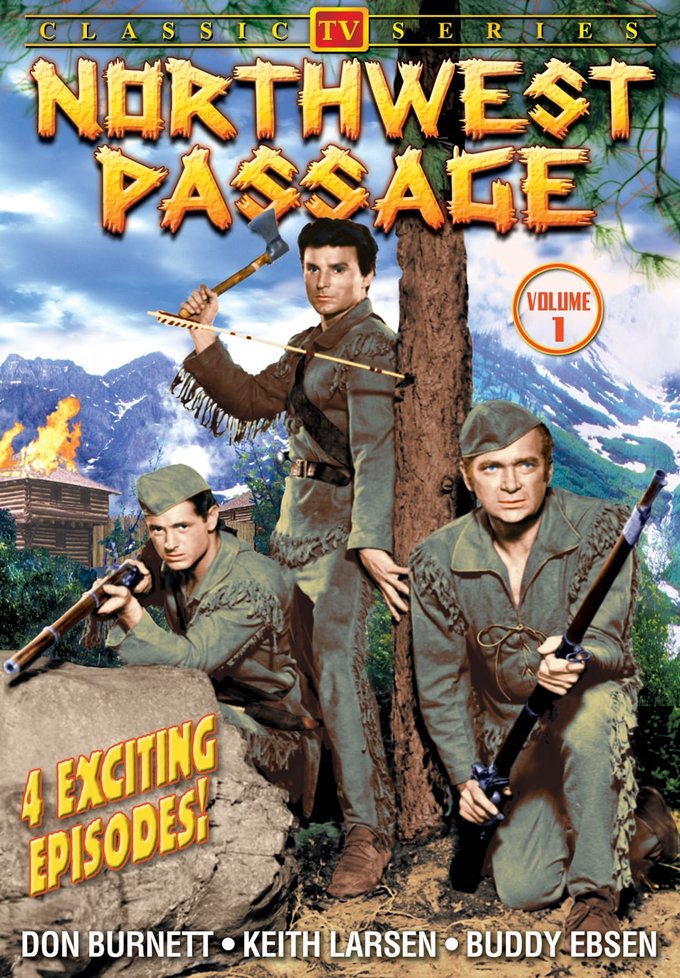 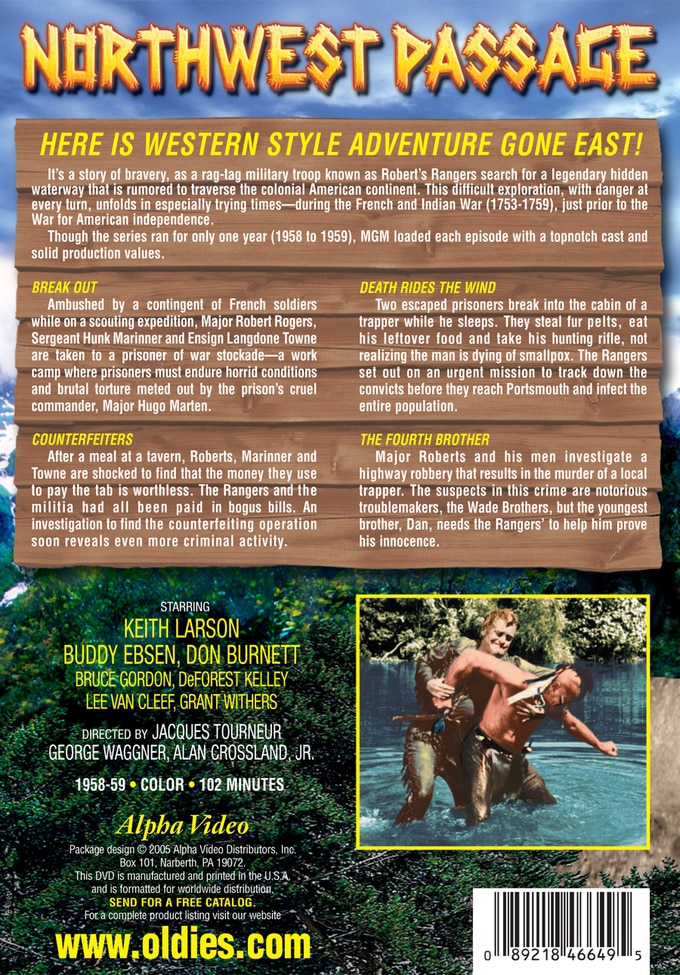 Here is Western style adventure gone east! It's a story of bravery, as a rag-tag military troop known as Robert's Rangers search for a legendary hidden waterway that is rumored to traverse the colonial American continent. This difficult exploration, with danger at every turn, unfolds in especially trying times - during the French and Indian War (1753-1759), just prior to the War for American Independence. Though the series ran for only one year (1958 to 1959), MGM loaded each episode with a topnotch cast and solid production values.

Break Out: Ambushed by a contingent of French soldiers while on a scouting expedition, Major Robert Rogers, Sergeant Hunk Marinner and Ensign Langdone Towne are taken to a prisoner of war stockade - a work camp where prisoners must endure horrid conditions and brutal torture meted out by the prison's cruel commander, Major Hugo Marten.

Counterfeiters: After a meal at a tavern, Roberts, Marinner and Towne are shocked to find that the money they use to pay the tab is worthless. The Rangers and the militia had all been paid in bogus bills. An investigation to find the counterfeiting operation soon reveals even more criminal activity.

Death Rides The Wind: Two escaped prisoners break into the cabin of a trapper while he sleeps. They steal fur pelts, eat his leftover food and take his hunting rifle, not realizing the man is dying of smallpox. The Rangers set out on an urgent mission to track down the convicts before they reach Portsmouth and infect the entire population.

The Fourth Brother: Major Roberts and his men investigate a highway robbery that results in the murder of a local trapper. The suspects in this crime are notorious troublemakers, the Wade Brothers, but the youngest brother, Dan, needs the Rangers' to help him prove his innocence.

A rare television series set during the French and Indian War (1754-1759), Major Rogers Rangers vainly searches for the mythical river passage across the country, battling with Indians or Frenchmen luckless enough to cross their paths. Largely based on the 1940 movie, Keith Larsen replaces Spencer Tracy, Buddy Ebsen plays Walter Brennan's part, and Don Burnett steps in for Robert Young (who was busy on another soundstage in FATHER KNOWS BEST). A western set during a time when Ohio was pure wilderness, this offbeat show remains fondly remembered.

Action | Series | Classic | Vintage | Classic Television
This product is made-on-demand by the manufacturer using DVD-R recordable media. Almost all DVD players can play DVD-Rs (except for some older models made before 2000) - please consult your owner's manual for formats compatible with your player. These DVD-Rs may not play on all computers or DVD player/recorders. To address this, the manufacturer recommends viewing this product on a DVD player that does not have recording capability.


Actually, this was originally an NBC series, an early network color show that ran for one season, not a syndicated effort as the previous reviewer indicated. And a fine adventure series it was with rich period detail.


Only 26 episodes were filmed and broadcast from 1958 to 1959, which is surprising as the standard for any syndicated television program of the time was 39. Buddy Ebsen plays a pre-Beverly Hillbillies role as Sgt. Hunk Marriner and Alpha selected a nice roster of episodes when it comes to guest stars. DeForest Kelley (years before playing Dr. "Bones" McCoy on STAR TREK) guests in "Death Rides the Wind" and Lee Van Cleef plays a nice role as "The Fourth Brother." If you want to see the difference is between the early episodes and the later episodes, in the value of production and character development, "Break Out" was the sixth episode of the series and "The Fourth Brother" was the 20th. All 26 episodes are in the public domain so hopefully Alpha will consider offering the remaining 22. It would only take five more DVDs to do so, making this DVD the first of six.