Young western hero rides the range with his kid sister Calamity in four episodes of the vintage TV series. 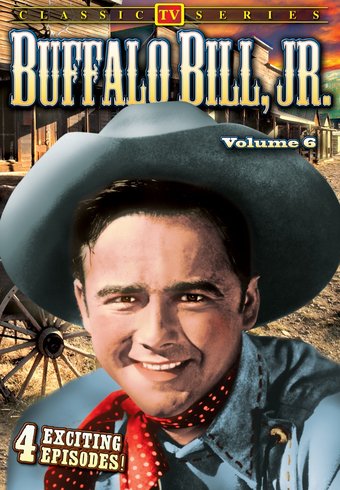 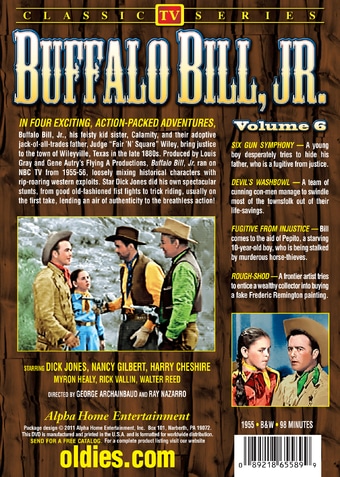 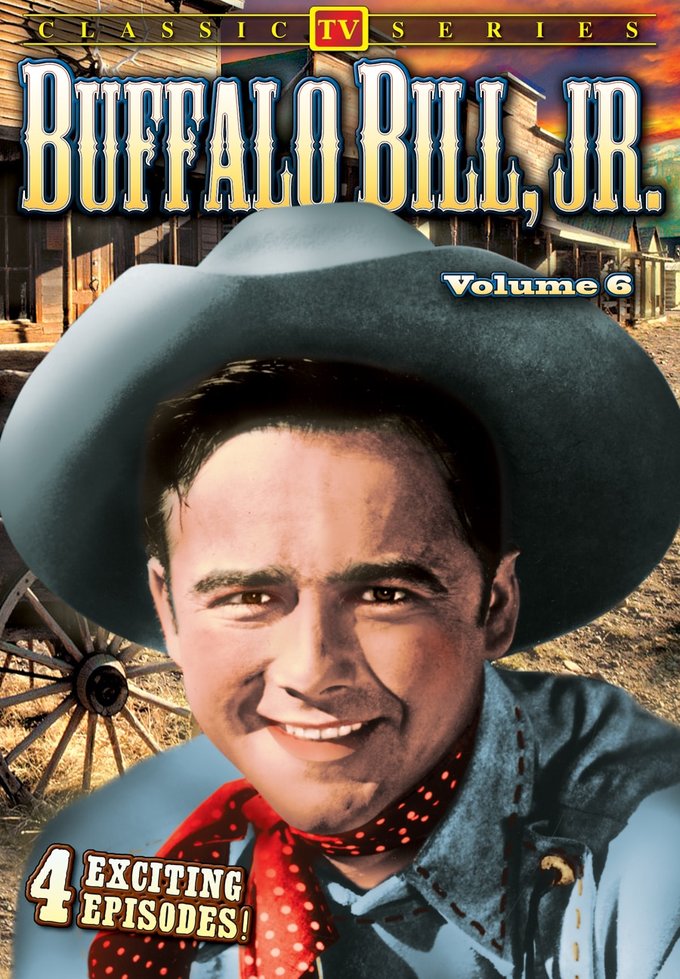 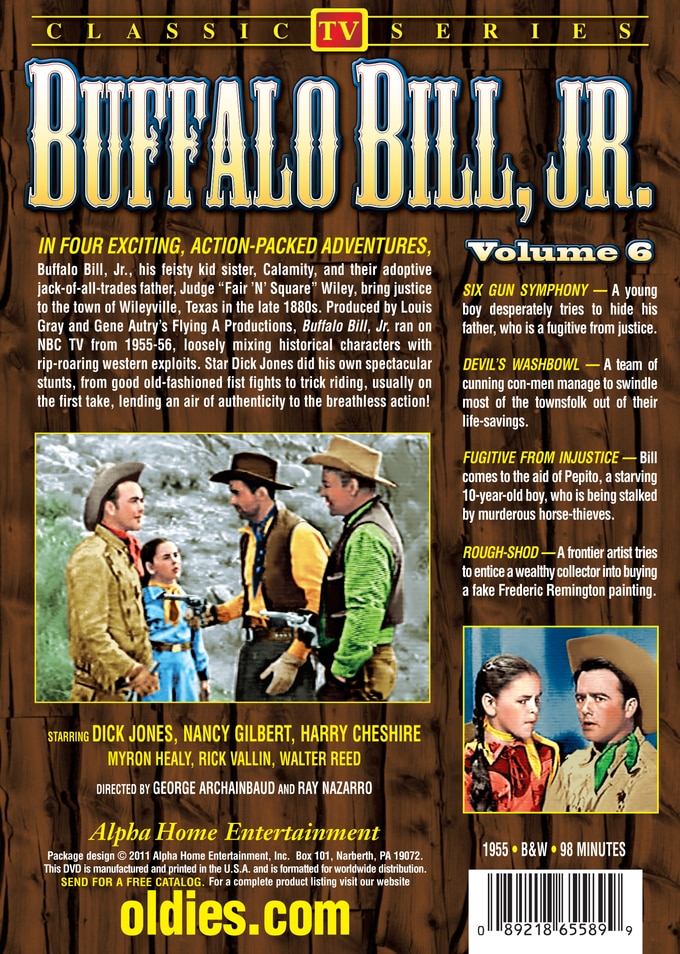 Six Gun Symphony: A young boy desperately tries to hide his father, who is a fugitive from justice.

Devil's Washbowl: A team of cunning con-men manage to swindle most of the townsfolk out of their life-savings.

Fugitive From Injustice: Bill comes to the aid of Pepito, a starving 10-year-old boy, who is being stalked by murderous horse-thieves.

As a production of Gene Autry's Flying A banner, created by Louis Gray, the western series BUFFALO BILL, JR. originally ran on NBC from 1955-56. Set in 1880s Wileyville, Texas, it starred Dick Jones and Nancy Gilbert as Buffalo Bill and Calamity, the children of a local judge, who spent episodes engaging in various adventures. Among other elements, the program was noteworthy for combining real-life historical figures and events with fictional characters. This box set offers four original episodes from the program: SIX GUN SYMPHONY, where a boy attempts to hide his fugitive father; DEVIL'S WASHBOWL, where a group of con men attempt to swindle the local townspeople out of their life savings, FUGITIVE FROM INJUSTICE, where Buffalo aids Pepito, a young Mexican boy being pursued by horse thieves, and ROUGH-SHOT, where a fast-draw frontier artist attempts to con a wealthy art connoisseur into buying a fake Frederic Remington painting.