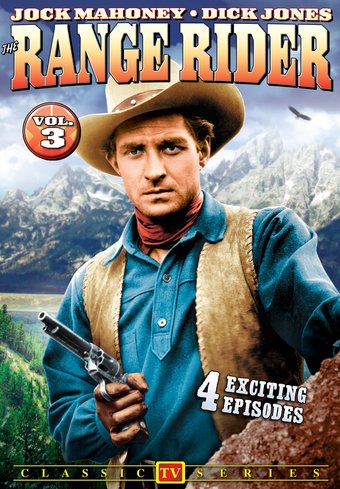 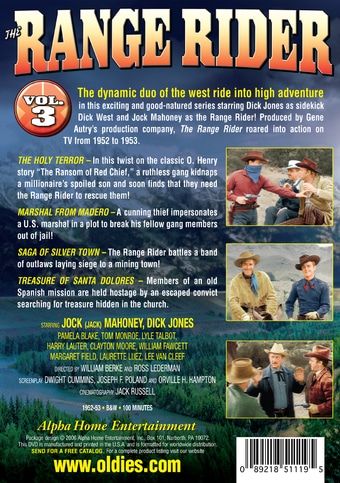 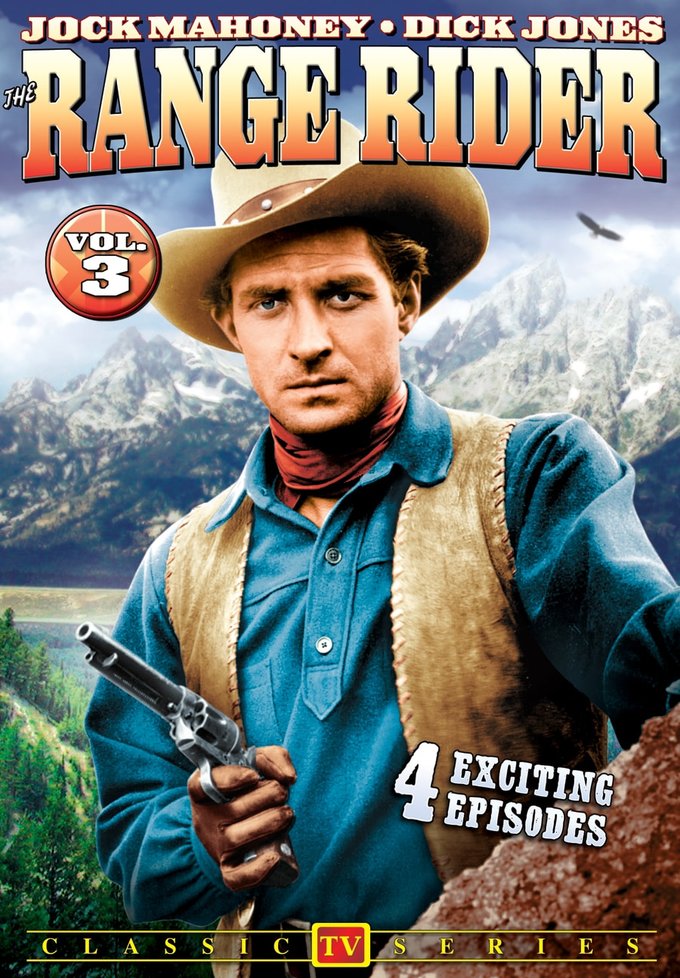 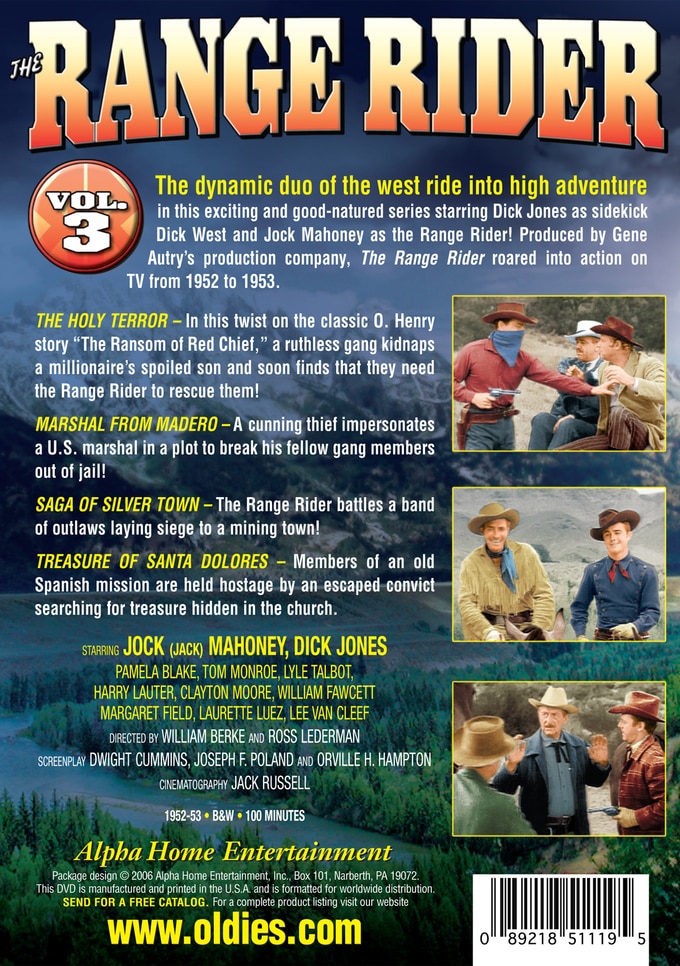 The dynamic duo of the west ride into high adventure in this exciting and good-natured series starring Dick Jones as sidekick Dick West and Jock Mahoney as the Range Rider! Produced by Gene Autry's production company, "The Range Rider" roared into action on TV from 1952 to 1953.

The Holy Terror: In this twist on the classic O. Henry story "The Ransom of Red Chief," a ruthless gang kidnaps a millionaire's spoiled son and soon finds that they need the range rider to rescue them!

Marshal From Madero: A cunning thief impersonates a U.S. Marshal in a plot to break his fellow gang members out of jail!

Saga Of Silver Town: The Range Rider battles a band of outlaws laying siege to a mining town!

Treasure Of Santa Dolores: Members of an old Spanish mission are held hostage by an escaped convict searching for treasure hidden in the church.

Follow the western action with the Range Rider, a wandering defender of justice, and his sidekick, Dick West, the "all American boy." This volume includes four more episodes of the action-filled vintage show.

Cowboys | Classic Television
This product is made-on-demand by the manufacturer using DVD-R recordable media. Almost all DVD players can play DVD-Rs (except for some older models made before 2000) - please consult your owner's manual for formats compatible with your player. These DVD-Rs may not play on all computers or DVD player/recorders. To address this, the manufacturer recommends viewing this product on a DVD player that does not have recording capability.