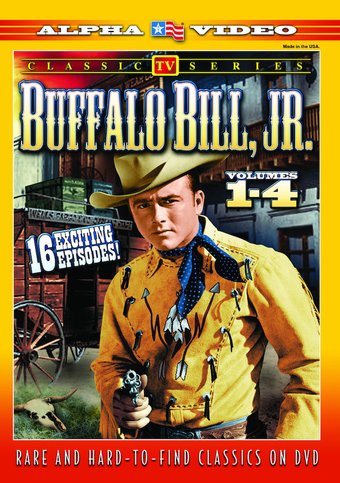 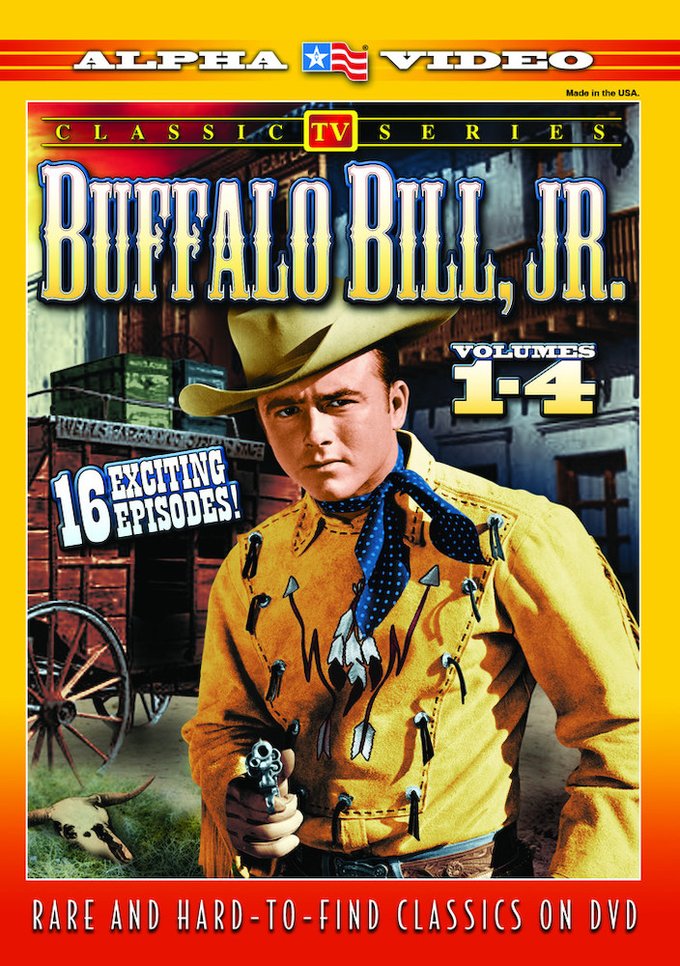 Fight For Geronimo: Premiere Episode! Bill and Calamity must outwit and outfight a pair of desperados who plot to kidnap Geronimo from the U.S. Army and then stage his re-capture - in order to collect the reward!

Runaway Renegade: Bill must use his brains and his brawn to prove the innocence of a man accused of being a killer in Jesse James' Gang.

Boomer's Blunder: A group of vicious outlaws relentlessly attempt to seize property sold by Judge Riley to his Civil War pal. The only thing that can stop the thugs is two-fisted justice, Buffalo Bill, Jr.-style!

Redskin Gap: After a robbery at the border post of Redskin Gap, young Bill tangles with Butch Cassidy and his Wild Bunch, plunging Wileyville into danger!

The Black Ghost: Calamity suspects something sinister after Bill rescues a beautiful young lady from the clutches of a notorious outlaw. She must prove that the damsel-in-distress is actually a Texas rose - with thorns!

Grave Of The Monsters: After a U.S. Indian Affairs Agent is murdered and a young brave is left for dead, Bill and Calamity help their Navajo friends protect sacred ground from evil oil prospectors.

Tough Tenderfoot: A newly arrived Scotsman runs afoul of his wicked American cousin who is bent on inheriting a family gold mine - even if it means murder!

The Death Of Johnny Ringo: A gunman posing as the notorious killer Johnny Ringo takes aim at a government courier and the fortune in bonds he's carrying. The U.S. Cavalry is now in trouble and Buffalo Bill, Jr. must ride to the rescue!

Empire Pass Rival: Railroads clash over the rights to lay track in a mountain pass critical to Wileyville's future.

Blazing Guns: A ruthless gang of thieves has an uncanny knack for knowing when people are traveling alone with large sums of money.

Trail Of The Killer: Bill gets into a shooting contest with none other than the infamous Billy The Kid.

Rails Westward: An Indian is framed for murder and faces an angry lynch mob.

The Assassins: Bill and the Judge pursue the murderers of a U.S. Marshal.


This collection is very good with good action (riding Stunts)
and very good story line's the cast works well together,fully recommended to all who enjoy westerns