TWISTED MEN AND TWISTED WOMEN...LIVING IN A TEMPEST OF DISTORTED DESIRE! 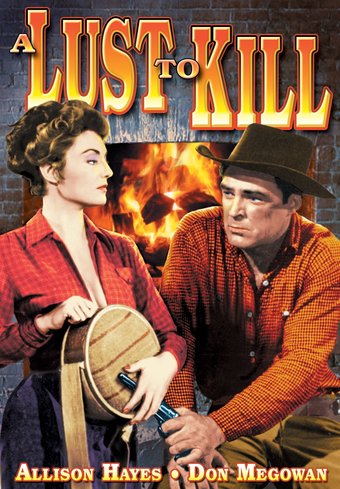 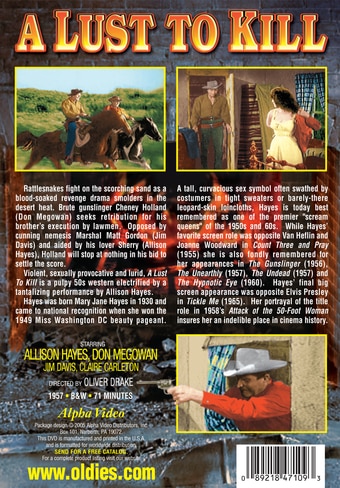 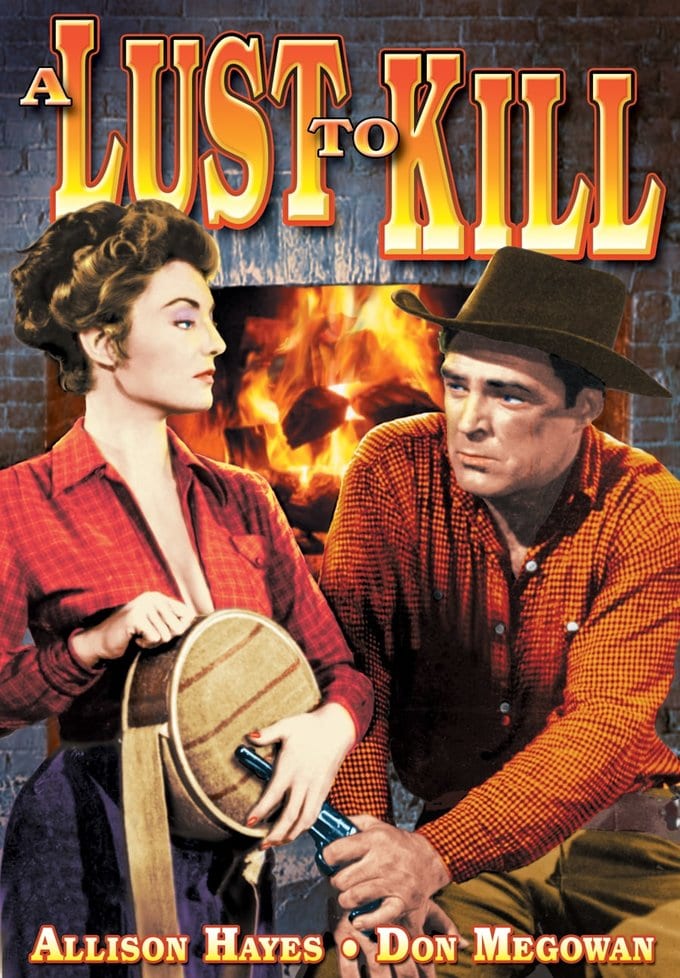 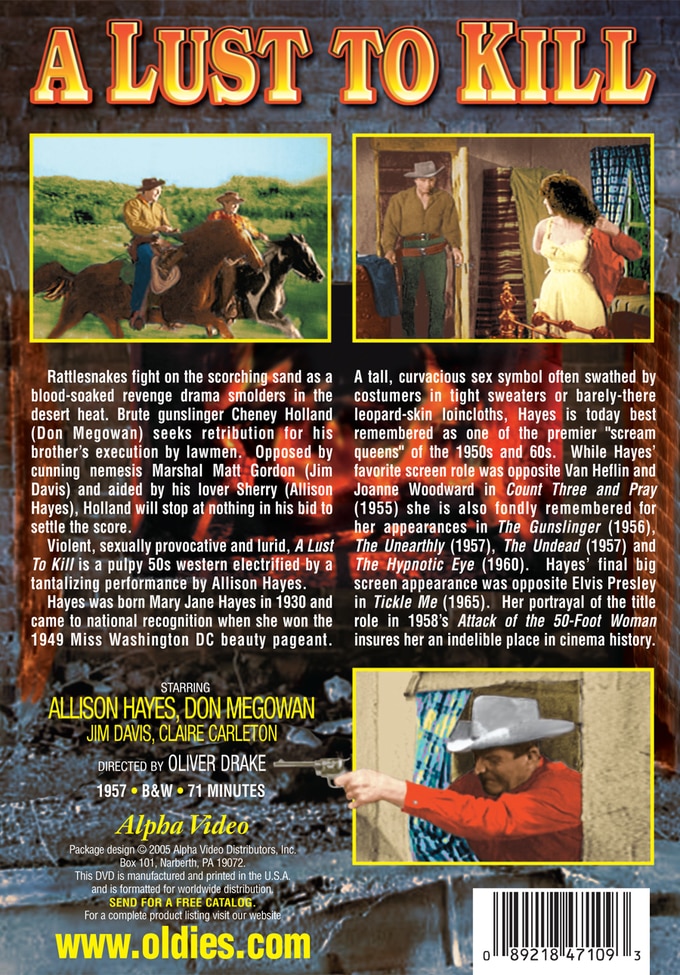 Rattlesnakes fight on the scorching sand as a blood-soaked revenge drama smolders in the desert heat. Brute gunslinger Cheney Holland (Don Megowan) seeks retribution for his brother's execution by lawmen. Opposed by cunning nemesis Marshal Matt Gordon (Jim Davis) and aided by his lover Sherry (Allison Hayes), Holland will stop at nothing in his bid to settle the score.

Violent, sexually provocative and lurid, A Lust To Kill is a pulpy 50s Western electrified by a tantalizing performance by Allison Hayes.

Hayes was born Mary Jane Hayes in 1930 and came to national recognition when she won the 1949 Miss Washington DC beauty pageant. A tall, curvacious sex symbol often swathed by costumers in tight sweaters or barely-there leopard-skin loincloths, Hayes is today best remembered as one of the premier "scream queens" of the 1950s and 60s. While Hayes' favorite screen role was opposite Van Heflin and Joanne Woodward in Count Three and Pray (1955) she is also fondly remembered for appearances in Roger Corman's Gunslinger (1956), The Unearthly (1957), The Undead (1957), and The Hypnotic Eye (1960). Hayes' final big screen appearance was opposite Elvis Presley in Tickle Me (1965). Her portrayal of the title role of 1958's Attack of the 50-Foot Woman insures her an indelible place in cinema history.

This exceptionally violent and sexually provocative 'B' western was way ahead of its time. A cult classic.

Racy | Cowboys | Outlaws
This product is made-on-demand by the manufacturer using DVD-R recordable media. Almost all DVD players can play DVD-Rs (except for some older models made before 2000) - please consult your owner's manual for formats compatible with your player. These DVD-Rs may not play on all computers or DVD player/recorders. To address this, the manufacturer recommends viewing this product on a DVD player that does not have recording capability.

Customer Rating:
Based on 85 ratings.


This is a suprisingly solid story, with lots of psychological intrigue to drive the narrative forward. The acting is above-average for a modest western, with Allison Hayes giving a typically excellent performance. You can admire her beauty here more than in other films, although a few more close-ups would have been nice. She's stunning in this one. Perfect face, unbelievable figure. Also, the print is watchable (tho I hope the negative survived!), so check it out.