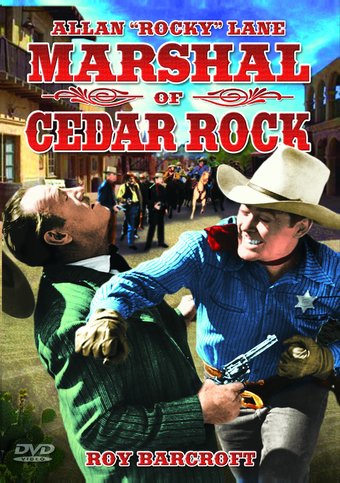 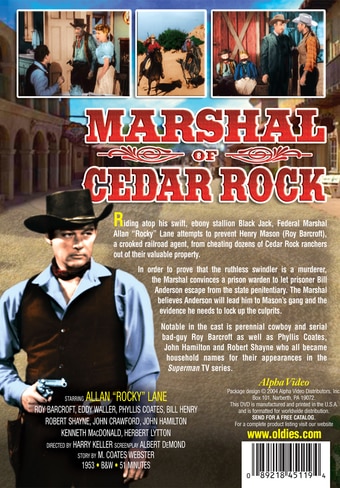 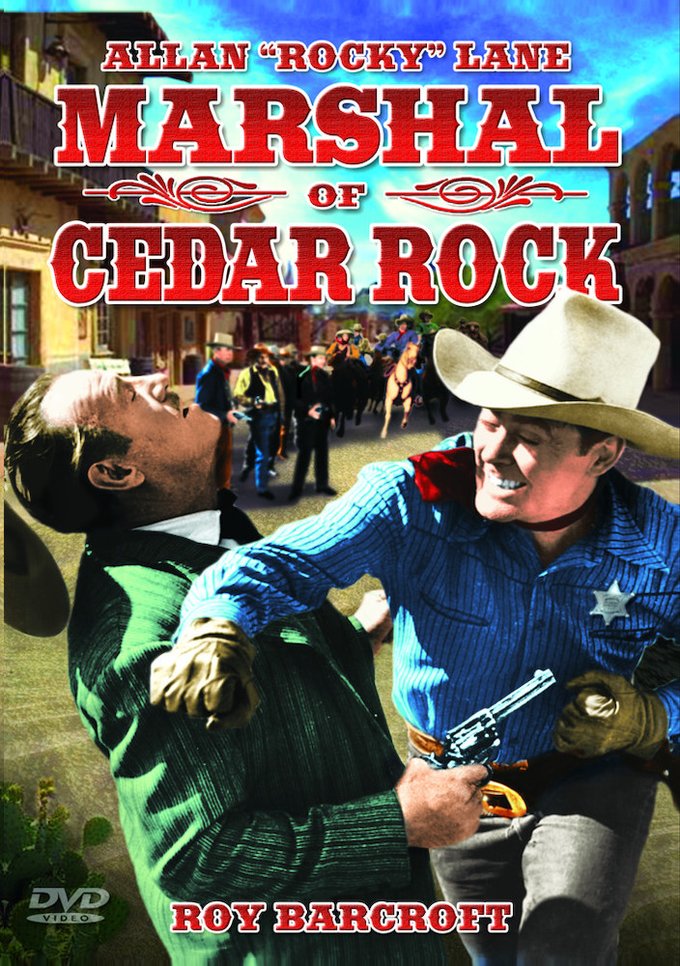 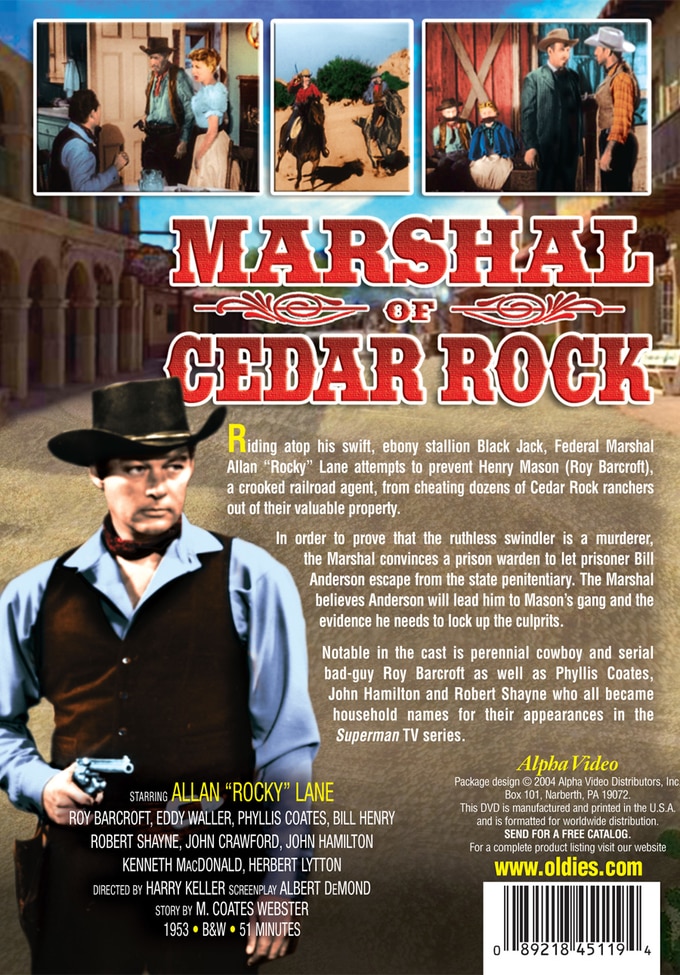 Riding atop his swift, ebony stallion Black Jack, Federal Marshal Allan "Rocky" Lane attempts to prevent Henry Mason (Roy Barcroft), a crooked railroad agent, from cheating dozens of Cedar Rock ranchers out of their valuable property. In order to prove that the ruthless swindler is a murderer, the Marshal convinces a prison warden to let prisoner Bill Anderson escape from the state penitentiary. The Marshal believes Anderson will lead him to Mason's gang and the evidence he needs to lock up the culprits.

Notable in the cast is perennial cowboy and serial bad-guy Roy Barcroft as well as Phyllis Coates, John Hamilton and Robert Shayne who all became household names for their appearances in the "Superman" TV series.

Marshal "Rocky" Lane (Allan Lane) makes his 35th appearance on screen in this gripping Western tale of ranch-land coming under threat from railroad developers. Henry Mason (Roy Barcroft) is a local tycoon looking to sell out to the developers, and urges ranchers to sell their land to him so he can make a tidy profit from it. But when an agent for the railroad winds up dead, and the innocuous Bill Anderson (William Henry) is arrested for the crime, Rocky gets suspicious. Anderson escapes from prison, and immediately confronts Mason. But whilst Anderson has been kept under lock and key, Mason has been doing some suspicious deals with a replacement railroad agent who he has had installed in the position himself! It's a conundrum for Rocky to sort out, but his plucky willingness to save the day looks set to win through in the end.

Action | Adventure | Theatrical Release
This product is made-on-demand by the manufacturer using DVD-R recordable media. Almost all DVD players can play DVD-Rs (except for some older models made before 2000) - please consult your owner's manual for formats compatible with your player. These DVD-Rs may not play on all computers or DVD player/recorders. To address this, the manufacturer recommends viewing this product on a DVD player that does not have recording capability.

Customer Rating:
Based on 128 ratings.


Allan Rocky Lane is mostly remembered as the voice of Mr. Ed. But he was one of the most charismatic western stars to ever ride the "B-Western" trails. Marshal of Cedar Rock is a solid, fun western. A great one to watch with the kids. Lots of action, and a well scripted plot line. Beautifully directed. Lane was not popular amongst his peers, which is why his films are hard to find, but Marshal of Cedar Rock show that he deserved his star status on the celluloid range.