REVENGE - Frightening in it's Naked Fury! 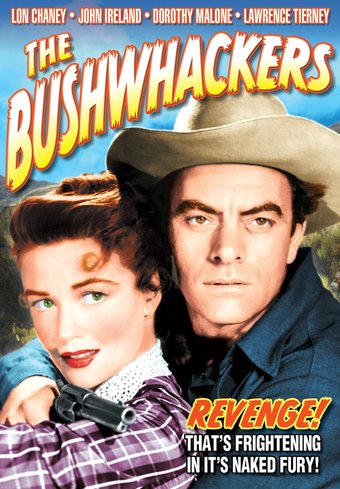 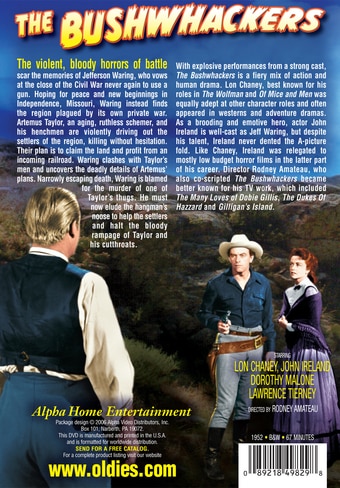 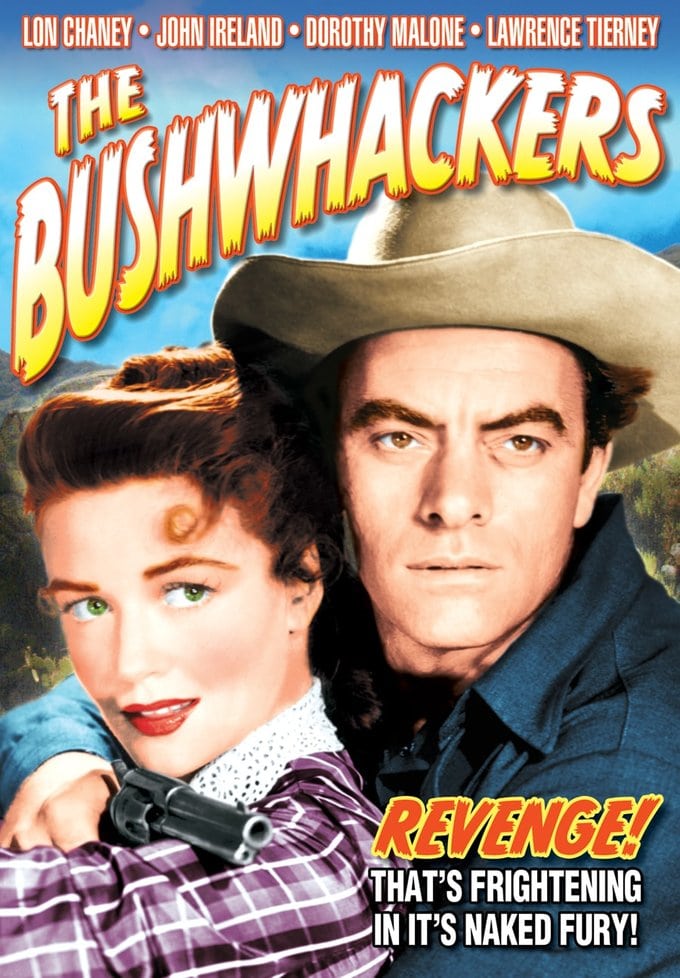 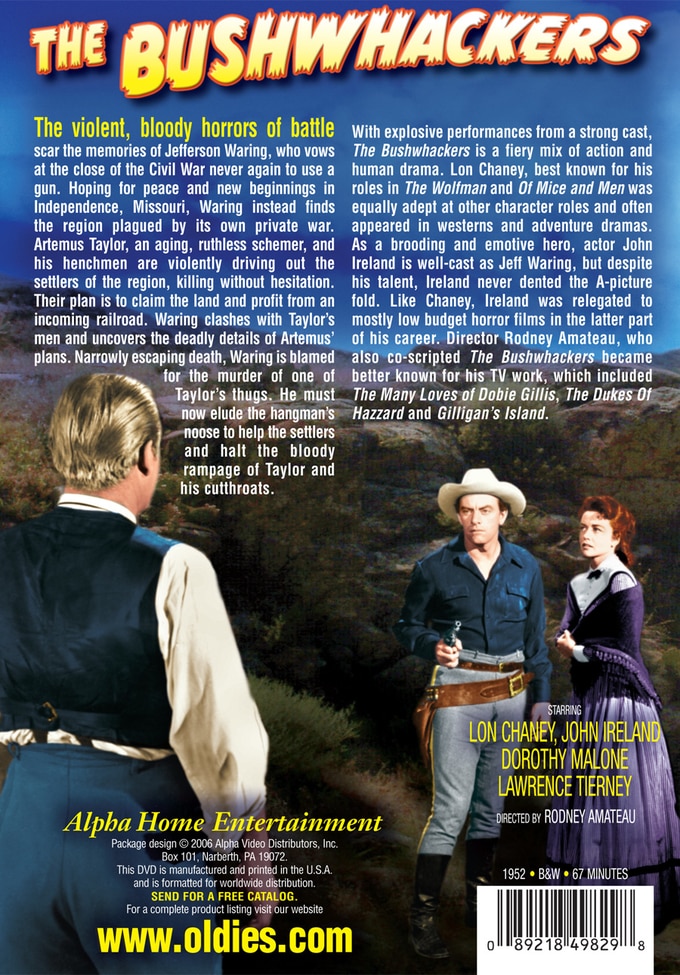 The violent, bloody horrors of battle scar the memories of Jefferson Waring, who vows at the close of the Civil War never again to use a gun. Hoping for peace and new beginnings in Independence, Missouri, Waring instead finds the region plagued by its own private war. Artemus Taylor, an aging, ruthless schemer, and his henchmen are violently driving out the settlers of the region, killing without hesitation. Their plan is to claim the land and profit from an incoming railroad. Waring clashes with Taylor's men and uncovers the deadly details of Artemus' plans. Narrowly escaping death, Waring is blamed for the murder of one of Taylor's thugs. He must now elude the hangman's noose to help the settlers and halt the bloody rampage of Taylor and his cutthroats.

With explosive performances from a strong cast, The Bushwhackers is a fiery mix of action and human drama. Lon Chaney, best known for his roles in The Wolf Man and Of Mice and Men was equally adept at other character roles and often appeared in westerns and adventure dramas. As a brooding and emotive hero, actor John Ireland is well-cast as Jeff Waring, but despite his talent, Ireland never dented the A-picture fold. Like Chaney, Ireland was relegated to mostly low budget horror films in the latter part of his career. Director Rodney Amateau, who also co-scripted The Bushwhackers became better known for his TV work, which included The Many Loves of Dobie Gillis, The Dukes Of Hazzard and Gilligan's Island.

Lon Chaney is a crippled bad guy out for vengeance in this B-Western, while John Ireland plays a pacifist war veteran who is eventually forced to change his stance on violence. Also included is an episode of the classic Western TV series MATT CLARK, RAILROAD DETECTIVE.