The Villain Still Pursued Her

This off-color sexy comedy of manners feature lots of slap-stick humor tailor-made for an all-star cast. 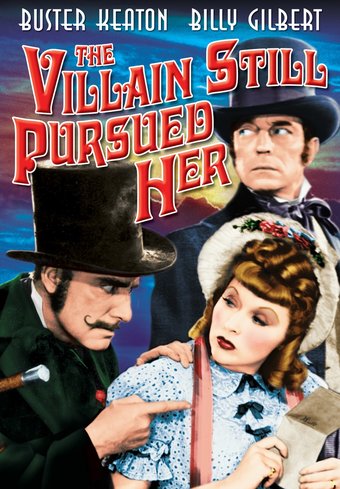 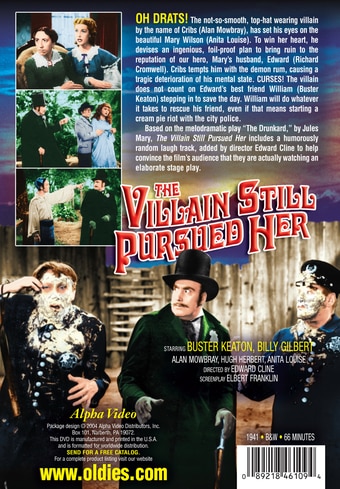 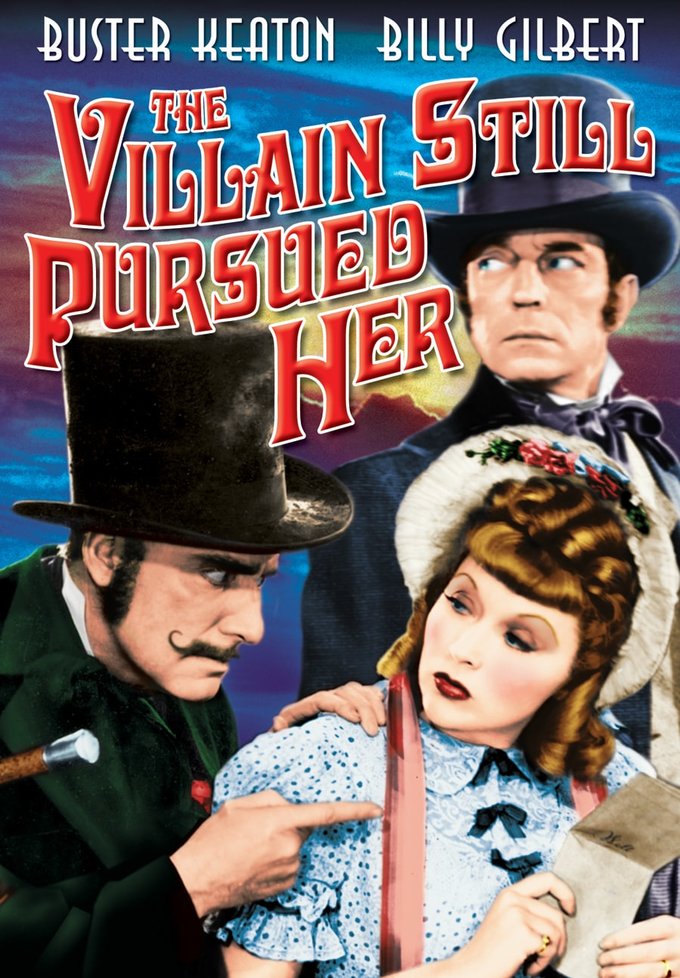 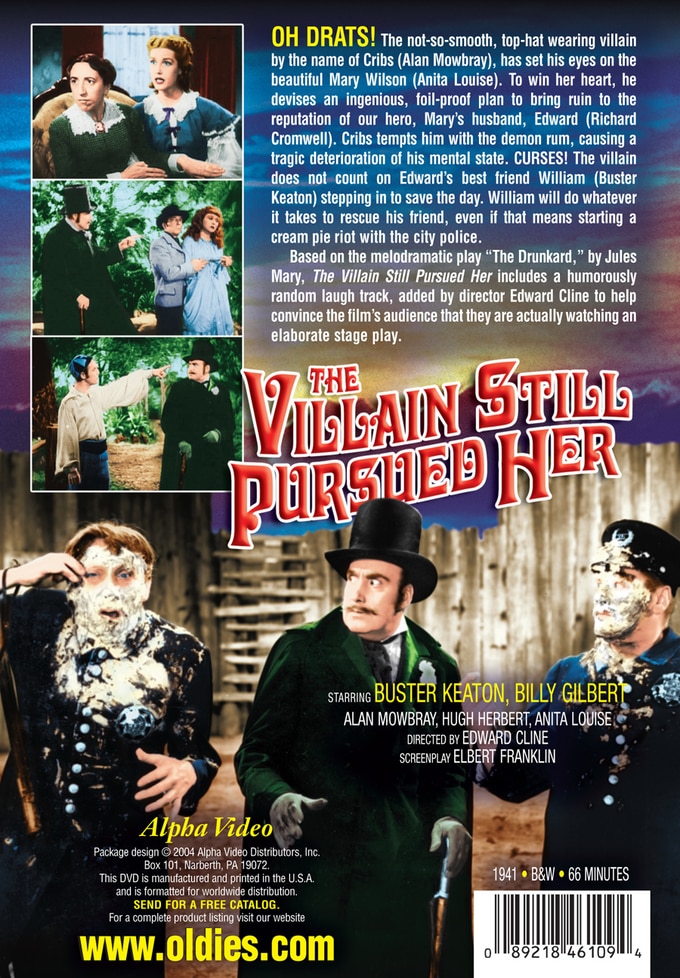 OH DRATS! The not-so-smooth, top-hat wearing villain by the name of Cribs (Alan Mowbray), has set his eyes on the beautiful Mary Wilson (Anita Louise). To win her heart, he devises an ingenious, foil-proof plan to bring ruin to the reputation of our hero, Mary's husband, Edward (Richard Cromwell). Cribs tempts him with the demon rum, causing a tragic deterioration of his mental state. CURSES! The villain does not count on Edward's best friend William (Buster Keaton) stepping in to save the day. William will do whatever it takes to rescue his friend, even if that means starting a cream pie riot with the city police.

Based on the melodramatic play "The Drunkard," by Jules Mary, The Villain Still Pursued Her includes a humorously random laugh track, added by director Edward Cline to help convince the film's audience that they are actually watching an elaborate stage play.

Victorian melodrama gets a big send-up in this spoof production of that old play THE DRUNKARD or THE FALLEN SAVED, directed by Edward F. Cline (THE BANK DICK, MY LITTLE CHICKADEE). The play within the movie is the old one where evil villain Cribbs (Alan Mowbray in a black top hat) schemes to get his lusty clutches on the heroine (Anita Louise) by driving her naive husband (Richard Cromwell) to alcoholic ruin. Luckily, a temperance lecturer (Hugh Herbert) is on hand to set things straight, as is the great Buster Keaton as the drunkard's brother. Regulars like Margaret Hamilton, Franklin Pangborn, and Joyce Compton round out the cast. Billy Gilbert is the announcer who urges the viewing audience to hiss the villain and applaud the hero.

In his hilarious re-staging of the old Victorian melodrama, THE DRUNKARD or THE FALLEN SAVED, director Edward F. Cline (THE BANK DICK) cranks up the acting histrionics and lets the gags fall where they may. The audience is encouraged to boo the sinister Squire Cribbs (Alan Mowbray) as he plies hero Richard Cromwell with demon rum and pursues virtuous heroine Anita Louise. It's an unusual experiment, this play within a film, and pretty funny. The supporting cast includes Buster Keaton, Franklin Pangborn, Hugh Herbert, and Margaret Hamilton.