Peck's Bad Boy With The Circus

Billy Peck and his gang of adolescent mischief-makers join the circus in this famous sequel. 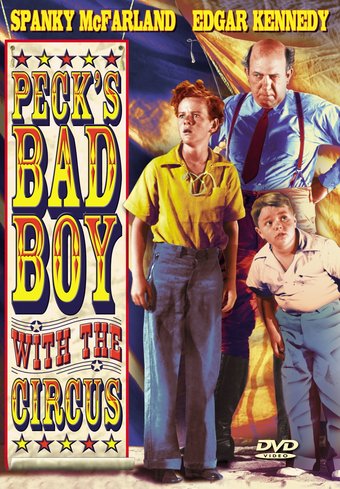 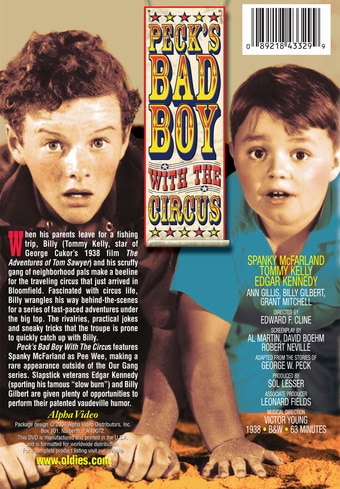 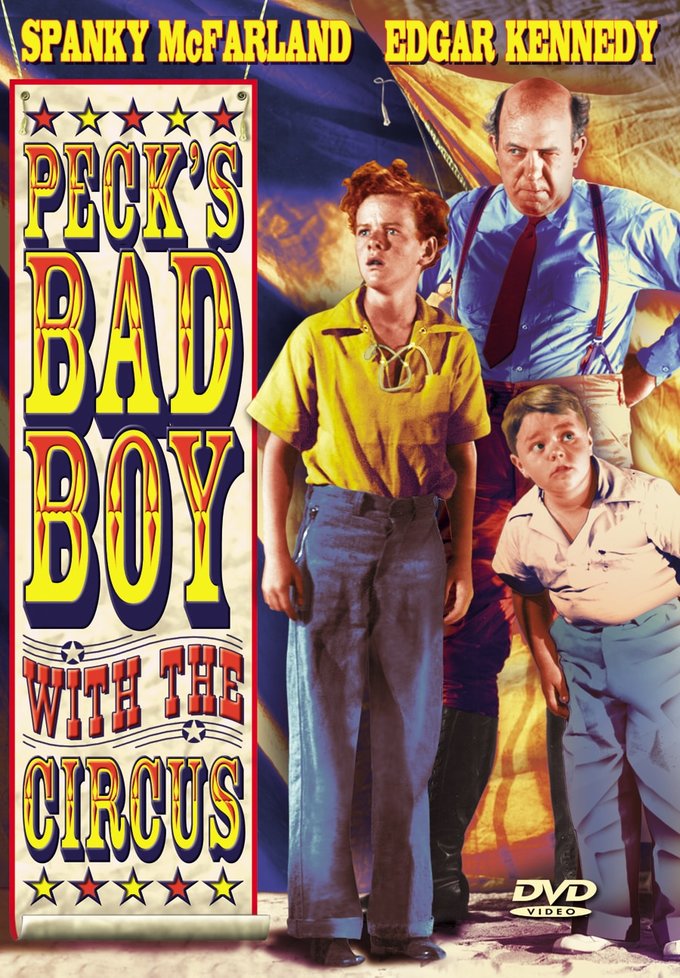 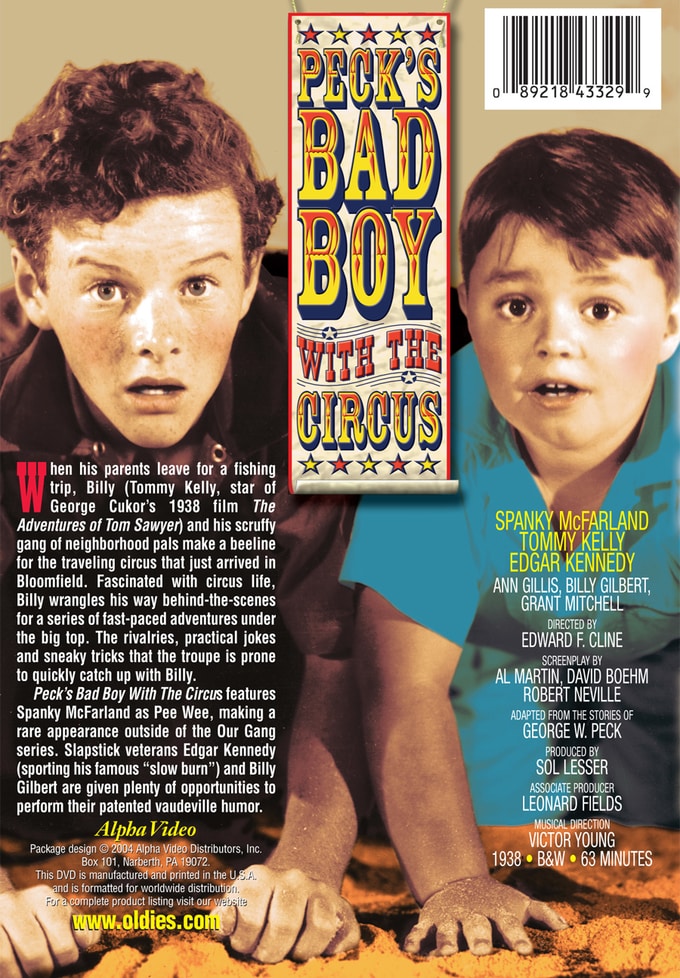 When his parents leave for a fishing trip, Billy (Tommy Kelly, star of George Cukor's 1938 film The Adventures of Tom Sawyer) and his scruffy gang of neighborhood pals make a beeline for the traveling circus that just arrived in Bloomfield. Fascinated with circus life, Billy wrangles his way behind-the-scenes for a series of fast-paced adventures under the big top. The rivalries, practical jokes and sneaky tricks that the troupe is prone to quickly catch up with Billy. Peck's Bad Boy With The Circus features Spanky McFarland as Pee Wee, making a rare appearance outside of the Our Gang series. Slapstick veterans Edgar Kennedy (sporting his famous "slow burn") and Billy Gilbert are given plenty of opportunities to perform their patented vaudeville humor.

In this sequel to PECK'S BAD BOY (based on the series of books by George W. Peck), our little hero (now played by Tommy Kelly) has a fight with his pa and runs away with the circus for some typically wild adventures amid the elephants and sawdust. OUR GANG regular Spanky McFarland is on hand as Peck's partner in crime, as is Ann Gillis (who starred in LITTLE ORPHAN ANNIE that same year). This is a genial children's picture in a LITTLE RASCALS sort of vein, only with some pathos and morality to balance out the more insane moments. Jack Benny fans will delight at the presence of Benita Hume (Mrs. Ronald Coleman) as Myrna. Edgar Kennedy and Billy Gilbert are also both excellent as the slapstick foils to the kids' mischief. The film is comic melodrama like they don't make anymore, ably directed by Edward F. Cline (THE BANK DICK, MY LITTLE CHICKADEE).

In this sequel to PECK'S BAD BOY, Bill Peck (Tommy Kelly) runs away from home after a fight with pa and winds up at the circus. There, amid the elephants and acrobats, Peck and his pals (including "Little Rascal" Spanky McFarland) tangle with all sorts of trouble, including adults Edgar Kennedy and Billy Gilbert, both of whom are in typically fine comic form. Hijinks and misadventures are plentiful before the important lessons are learned. It's a precious, antique "kiddie" comedy from director Edward F. Cline (MY LITTLE CHICKADEE).

The Marx Brothers
At the Circus
$16.20
Add to Cart