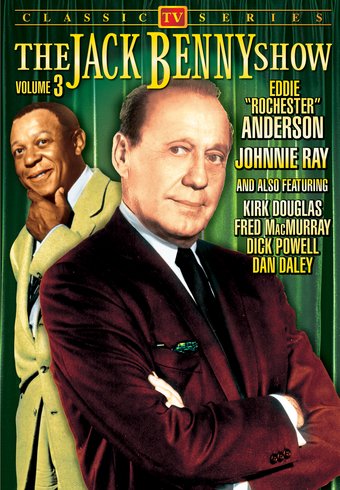 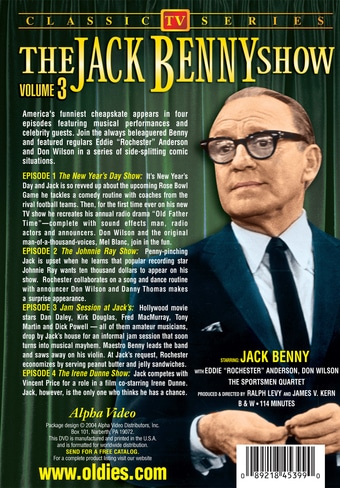 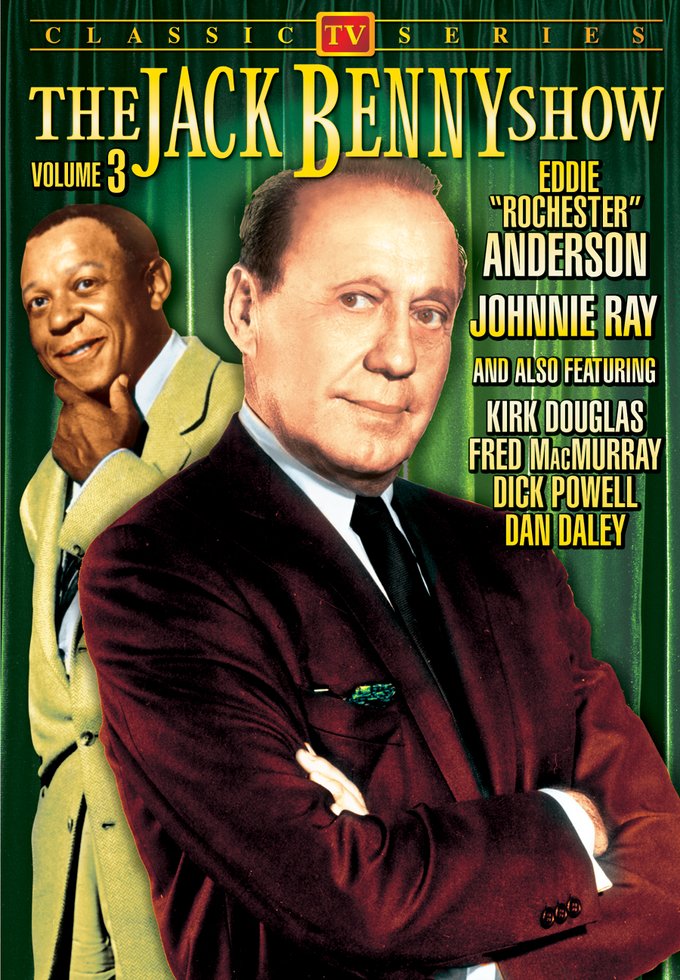 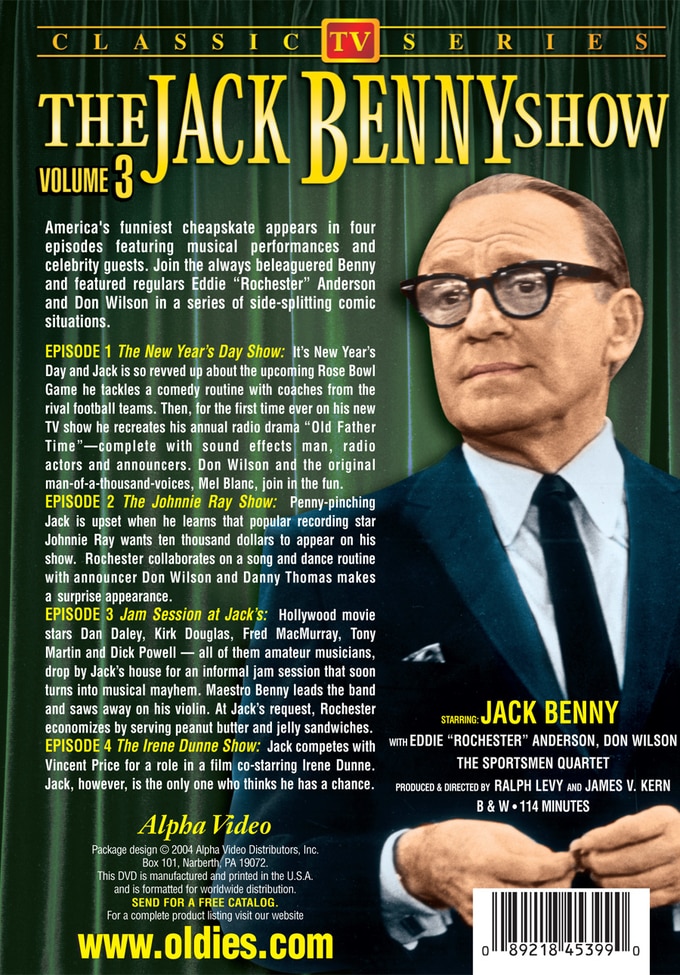 Episode 1: It's New Year's Day and Jack is so revved up about the upcoming Rose Bowl Game he tackles a comedy routine with coaches from the rival football teams. Then, for the first time ever on his new TV show he recreates his annual radio drama "Old Father Time"-complete with sound effects man, radio actors and announcers. Don Wilson and the original man-of-a-thousand-voices, Mel Blanc, join in the fun.

Episode 2: Penny-pinching Jack is upset when he learns that popular recording star Johnnie Ray wants ten thousand dollars to appear on his show. Rochester collaborates on a song and dance routine with announcer Don Wilson and Danny Thomas makes a surprise appearance.

Episode 4: Jack competes with Vincent Price for a role in a film co-starring Irene Dunne. Jack, however, is the only one who thinks he has a chance.

These four rare live kinescopes of Jack and his gang haven't been aired for over 25 years.

Vintage TV | Variety Show
This product is made-on-demand by the manufacturer using DVD-R recordable media. Almost all DVD players can play DVD-Rs (except for some older models made before 2000) - please consult your owner's manual for formats compatible with your player. These DVD-Rs may not play on all computers or DVD player/recorders. To address this, the manufacturer recommends viewing this product on a DVD player that does not have recording capability.