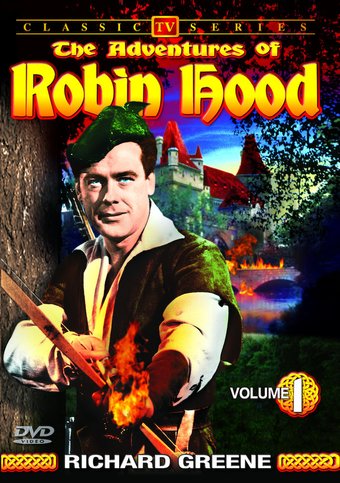 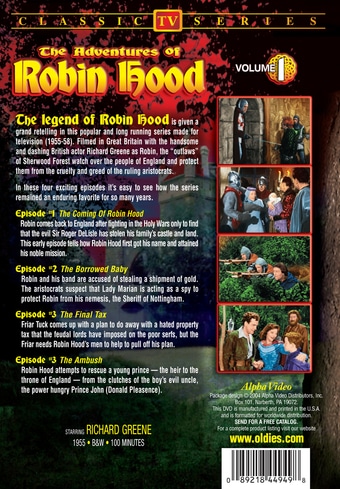 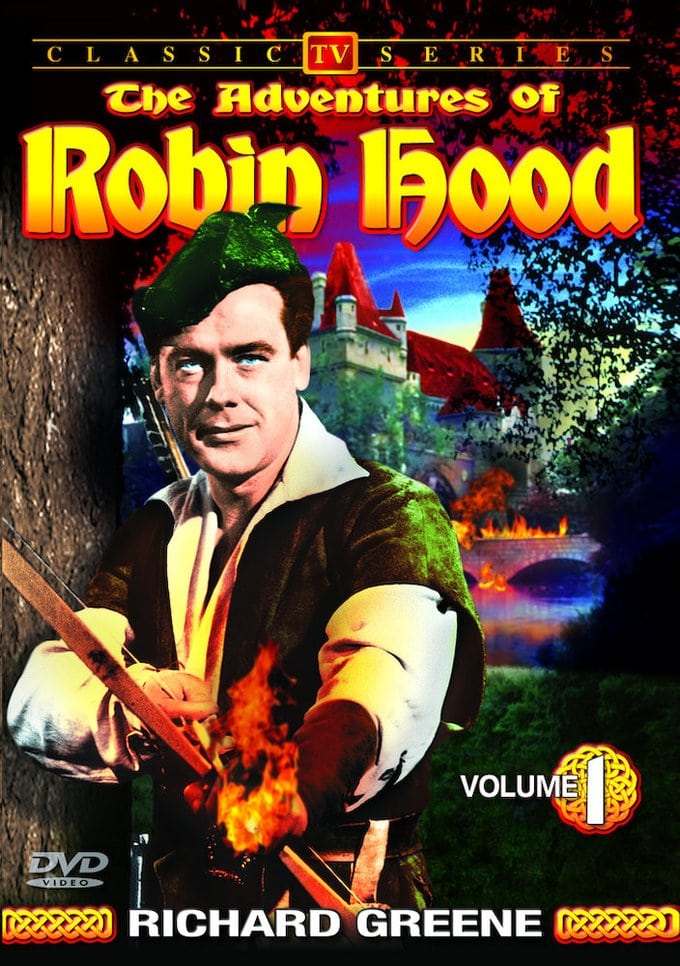 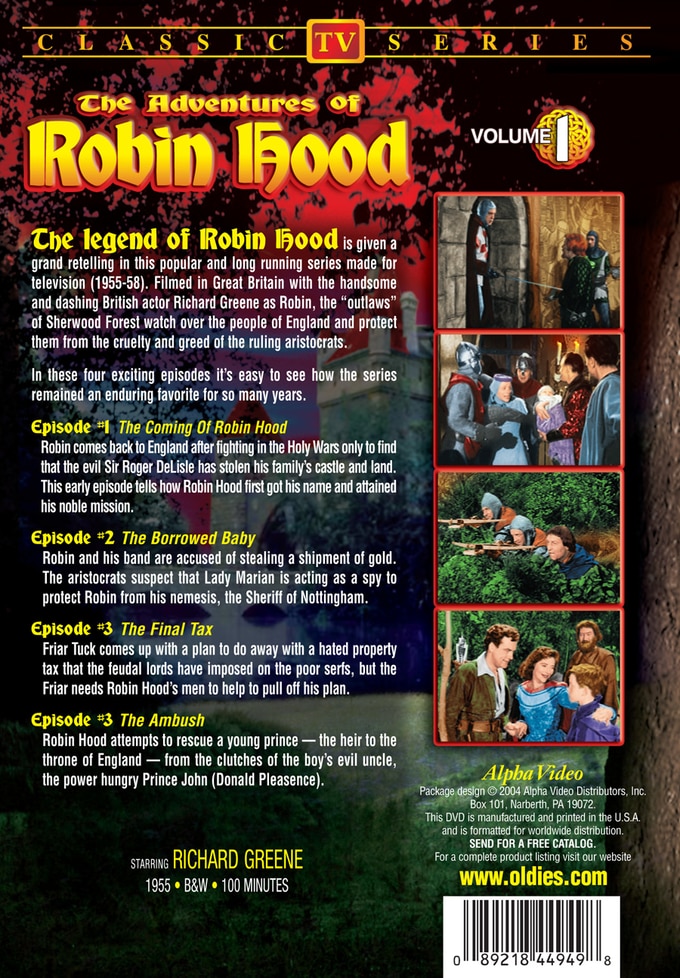 The legend of Robin Hood is given a grand retelling in this popular and long running series made for television (1955-58). Filmed in Great Britain with the handsome and dashing British actor Richard Greene as Robin, the "outlaws" of Sherwood Forest watch over the people of England and protect them from the cruelty and greed of the ruling aristocrats. In these four exciting episodes it's easy to see how the series remained an enduring favorite for so many years.

Episode 1 - The Coming Of Robin Hood: Robin comes back to England after fighting in the Holy Wars only to find that the evil Sir Roger DeLisle has stolen his family's castle and land. This early episode tells how Robin Hood first got his name and attained his noble mission.

Episode 2 - The Borrowed Baby: Robin and his band are accused of stealing a shipment of gold. The aristocrats suspect that Lady Marian is acting as a spy to protect Robin from his nemesis, the Sheriff of Nottingham.

Episode 3 - The Final Tax: Friar Tuck comes up with a plan to do away with a hated property tax that the feudal lords have imposed on the poor serfs, but the Friar needs Robin Hood's men to help to pull off his plan.

Episode 4 - The Ambush: Robin Hood attempts to rescue a young prince - the heir to the throne of England - from the clutches of the boy's evil uncle, the power hungry Prince John (Donald Pleasence).

Richard Greene played Robin Hood in this British television series (1955-1960), starring as the upbeat and expansive fellow, with a superb small repertory troupe played different supporting roles. The interior backgrounds were mounted on wheels to facilitate fast shooting, and the studio was located near historic Runnymeade Meadow, the ideal locale for the outdoor scenes. Loosely based on the earlier Douglas Fairbanks and Errol Flynn classic films about a forest bandit with a gang that "steals from the rich and gives to the poor" (that were based on poems and stories dating back 600 years), this children's show remains fondly remembered by those lucky enough to grow up with it.

Customer Rating:
Based on 31 ratings.


"The Adventures of Robin Hood" was one of the very first series produced in England to grace the shores of North America. It was broadcast on CBS for three seasons, from 1955 through 1958, and then went into syndication and ran in the early 1960s. A number of episodes were written by several writers of the "Hollywood Blacklist" of the 1950s, including Ring Lardner, Jr., providing the show with a level of writing not ordinarily associated with a weekly television series.

Like a number of shows from the 1950s, a large number of episodes from "The Adventures of Robin Hood" have fallen into the public domain. Various video/DVD companies have released mostly ragged looking episodes from the series. Having seen the vast majority of these releases, I can state, without hesitation, that the first two volumes from Alpha Video are the very best releases of the series currently available in North America (circa Winter 2005) and are of "near broadcast" quality. Volume 1 includes the premiere episode, "The Coming of Robin Hood," and, unlike another company that has released this episode with about a minute and half of missing footage, Alpha's version is complete and uncut. I've also found that Alpha's "Robin Hood" releases contain episodes that, for the most part, are not found on other "Robin Hood" DVD collections. The only negative about the first two volumes is the fact that incorrect end credits appear on one episode on each of the volumes. This is a problem that has plagued most "Robin Hood" releases and is a minor annoyance given the superior visual quality.