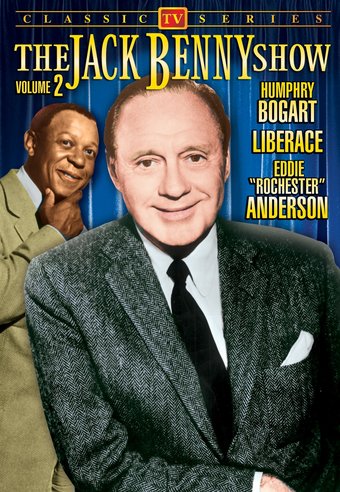 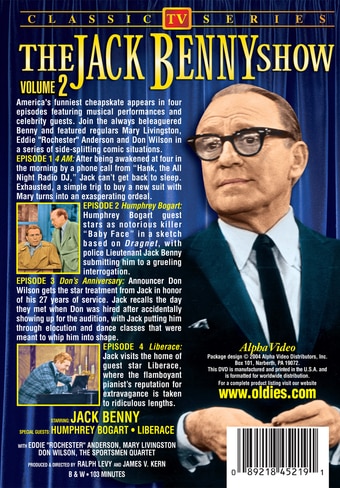 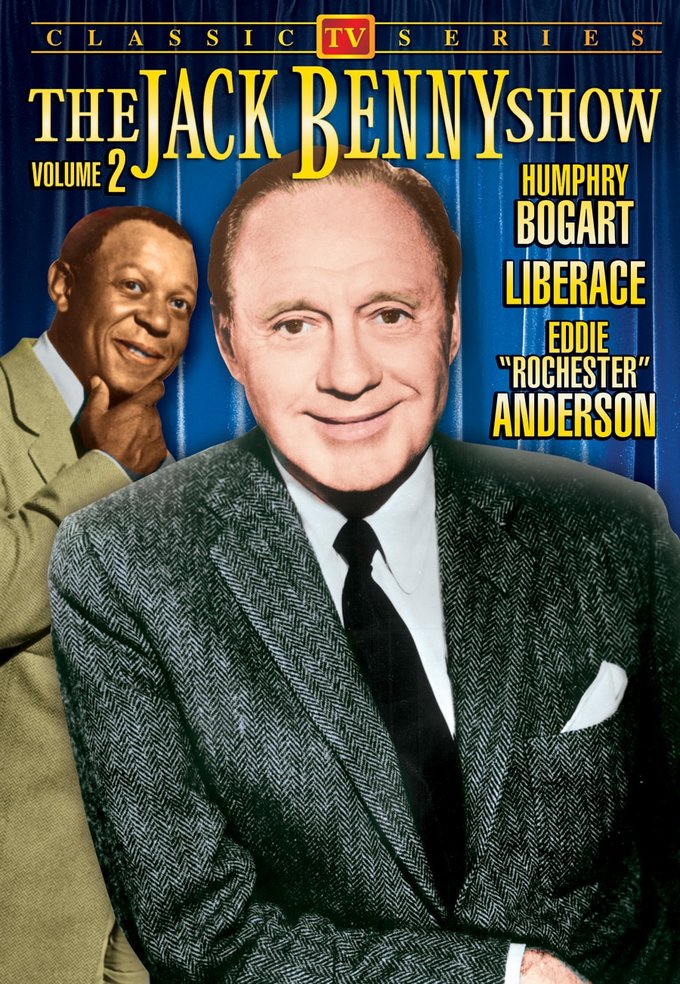 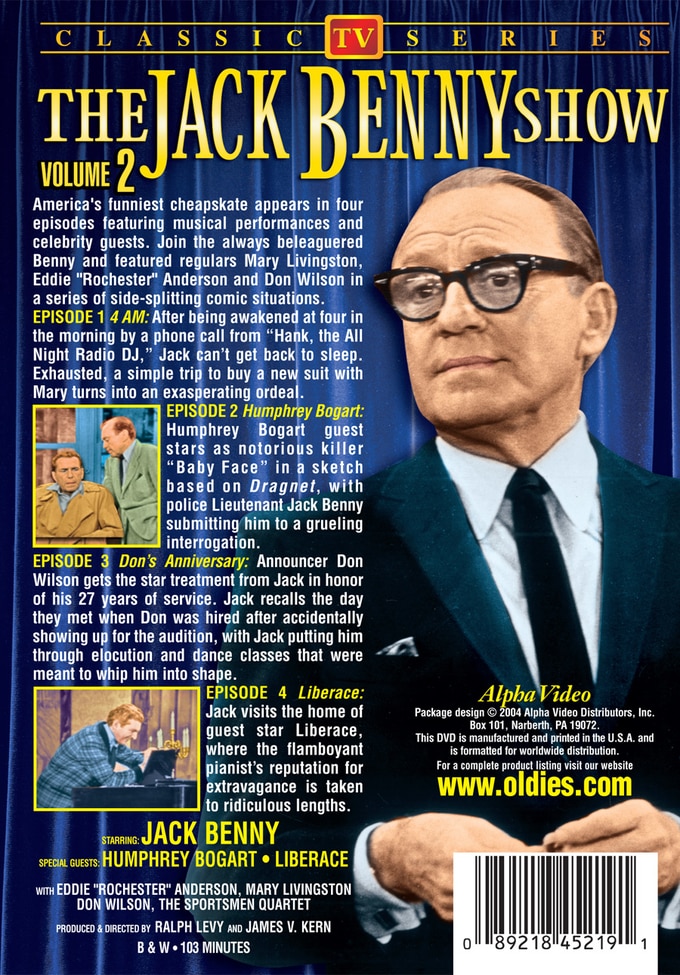 Episode 1 - 4 AM: After being awakened at four in the morning by a phone call from "Hank, the All Night Radio DJ," Jack can't get back to sleep. Exhausted, a simple trip to buy a new suit with Mary turns into an exasperating ordeal.

Episode 2 - Humphrey Bogart: Humphrey Bogart guest stars as notorious killer "Baby Face" in a sketch based on Dragnet, with police Lieutenant Jack Benny submitting him to a grueling interrogation.

Episode 3 - Don's Anniversary: Announcer Don Wilson gets the star treatment from Jack in honor of his 27 years of service. Jack recalls the day they met when Don was hired after accidentally showing up for the audition, with Jack putting him through elocution and dance classes that were meant to whip him into shape.

Episode 4 - Liberace: Jack visits the home of guest star Liberace, where the flamboyant pianist's reputation for extravagance is taken to ridiculous lengths.

These four programs were only aired once and are recorded here in their entirety. guests include: Tony Martin, Dick Powell, Humphrey Bogart, Ronald Reagan and Dan Dailey.

Vintage TV | Variety Show
This product is made-on-demand by the manufacturer using DVD-R recordable media. Almost all DVD players can play DVD-Rs (except for some older models made before 2000) - please consult your owner's manual for formats compatible with your player. These DVD-Rs may not play on all computers or DVD player/recorders. To address this, the manufacturer recommends viewing this product on a DVD player that does not have recording capability.