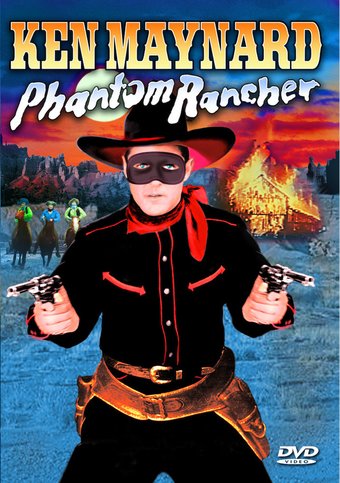 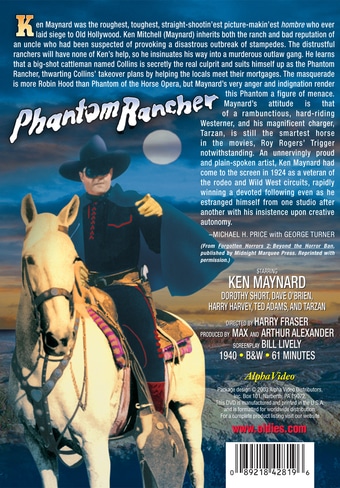 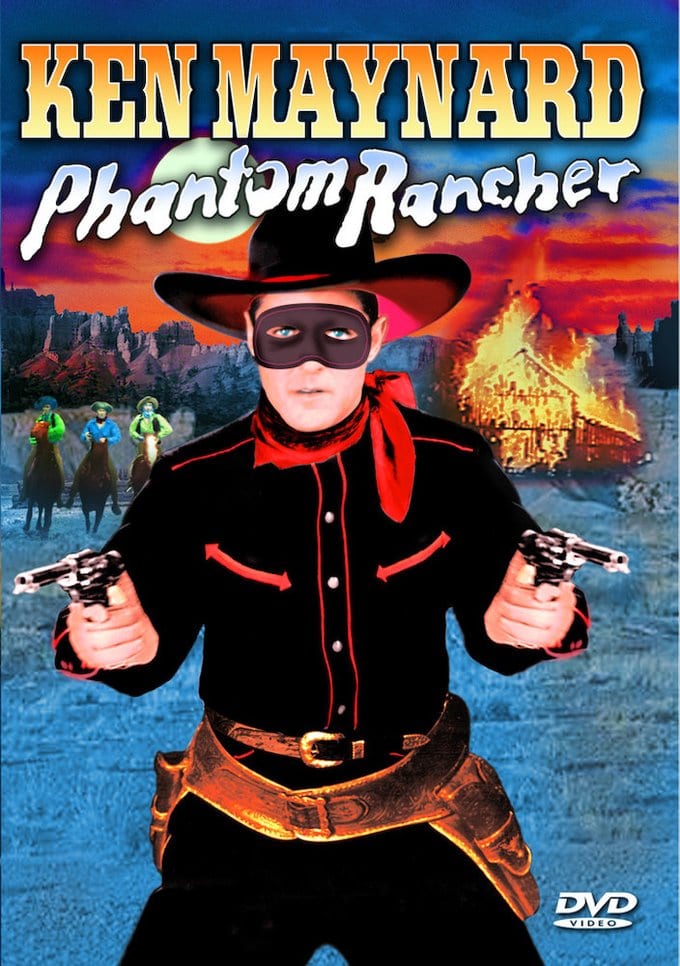 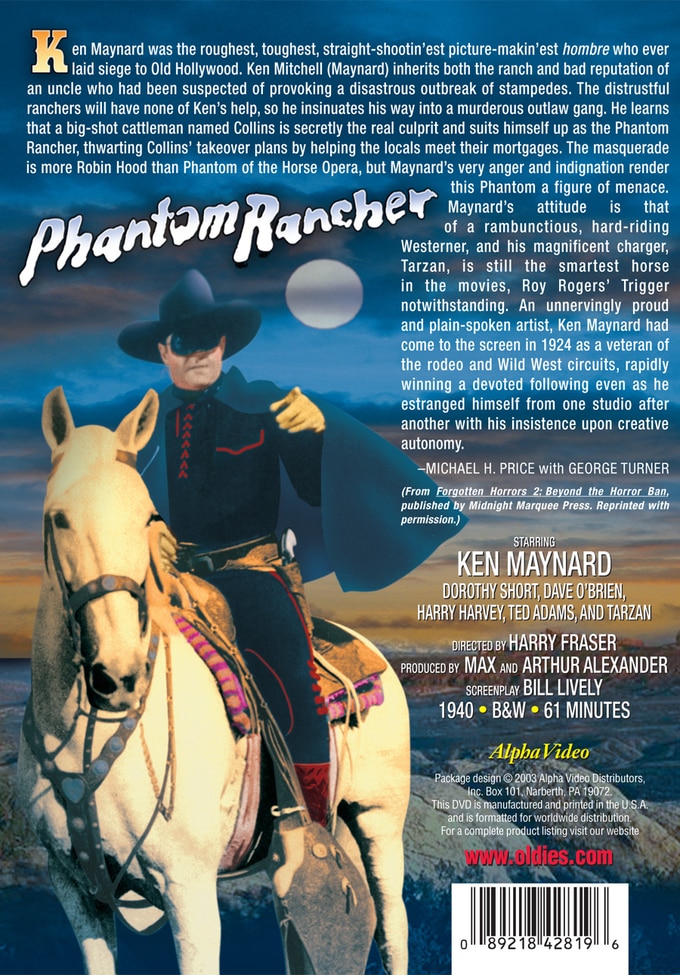 Ken Maynard was the roughest, toughest, straight-shootin'est picture-makin'est hombre who ever laid siege to Old Hollywood. Ken Mitchell (Maynard) inherits both the ranch and bad reputation of an uncle who had been suspected of provoking a disastrous outbreak of stampedes. The distrustful ranchers will have none of Ken's help, so he insinuates his way into a murderous outlaw gang. He learns that a big-shot cattleman named Collins is secretly the real culprit and suits himself up as the Phantom Rancher, thwarting Collins' takeover plans by helping the locals meet their mortgages. The masquerade is more Robin Hood than Phantom of the Horse Opera, but Maynard's very anger and indignation render this Phantom a figure of menace. Maynard's attitude is that of a rambunctious, hard-riding Westerner, and his magnificent charger, Tarzan, is still the smartest horse in the movies, Roy Rogers' Trigger notwithstanding. An unnervingly proud and plain-spoken artist, Ken Maynard had come to the screen in 1924 as a veteran of the rodeo and Wild West circuits, rapidly winning a devoted following even as he estranged himself from one studio after another with his insistence upon creative autonomy. (Michael H. Price with George Turner, From Forgotten Horrors 2: Beyond the Horror Ban, published by Midnight Marquee Press. Reprinted with permission.)

Ken dons a mask, oils up his six-shooters, hops on his horse and then goes after the illusive Phantom who must be discovered, exposed, and finally brought to justice so that peace will return to the gentle ranchers of the valley.
This product is made-on-demand by the manufacturer using DVD-R recordable media. Almost all DVD players can play DVD-Rs (except for some older models made before 2000) - please consult your owner's manual for formats compatible with your player. These DVD-Rs may not play on all computers or DVD player/recorders. To address this, the manufacturer recommends viewing this product on a DVD player that does not have recording capability.