A corrupt aristocrat seduces unsuspecting women out of their fortunes. 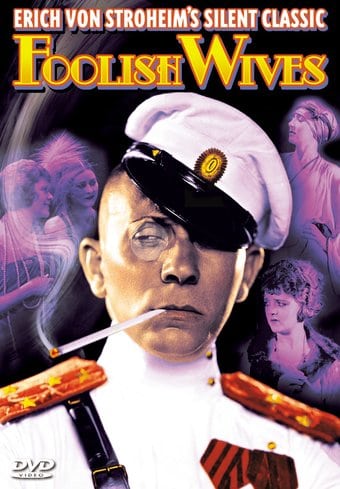 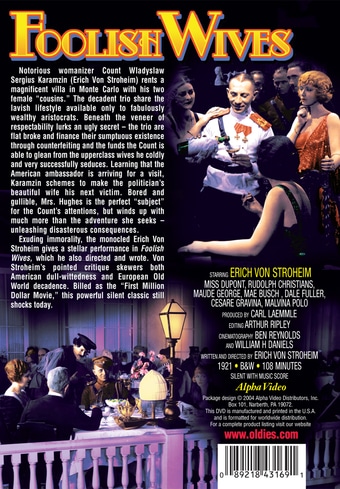 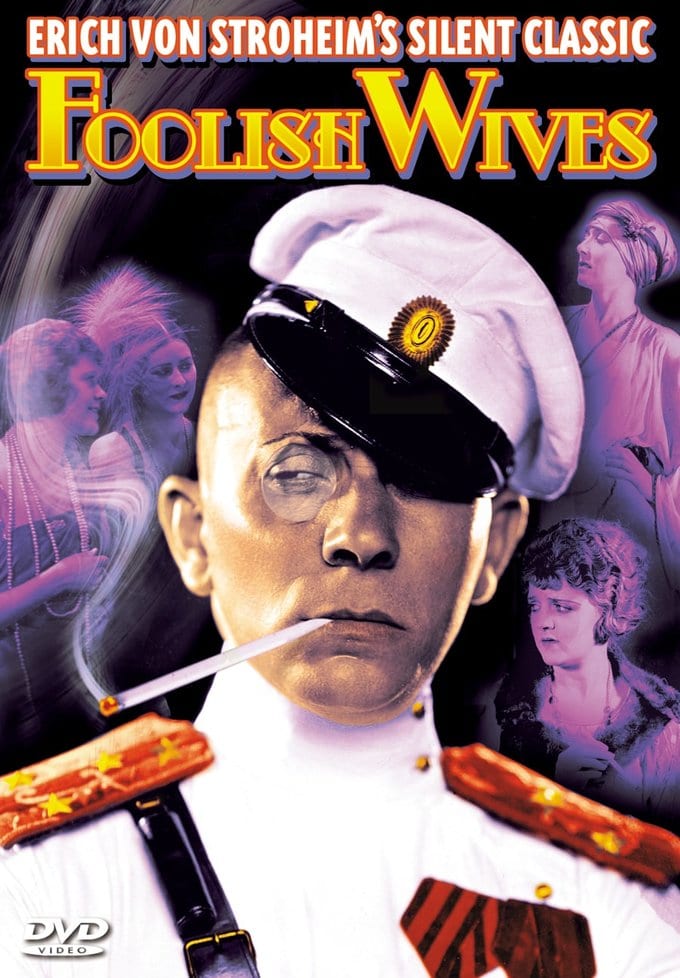 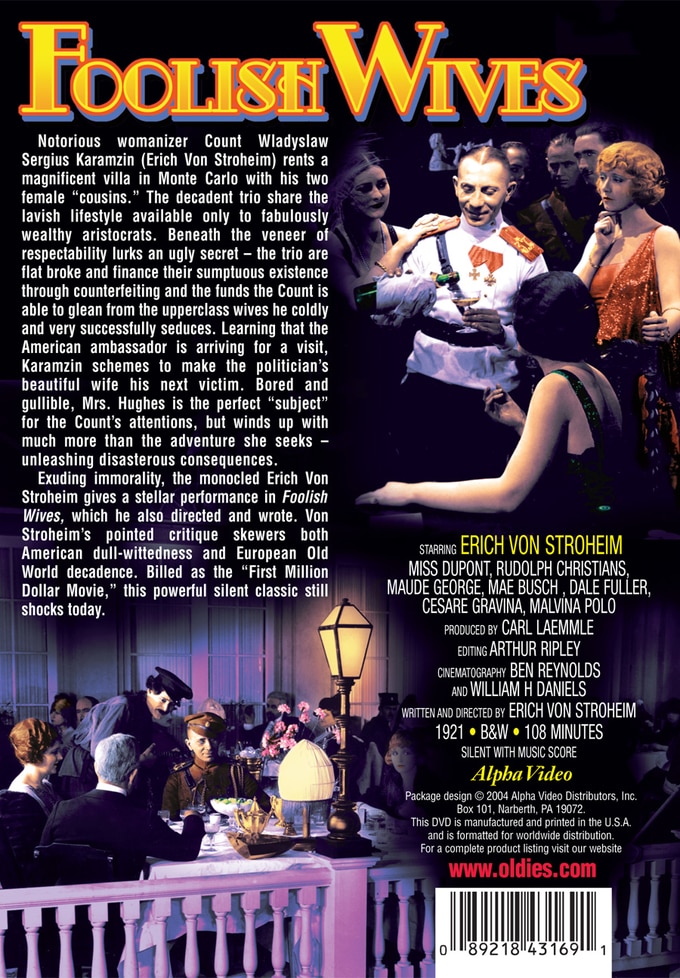 Notorious womanizer Count Wladyslaw Sergius Karamzin (Erich Von Stroheim) rents a magnificent villa in Monte Carlo with his two female "cousins." The decadent trio share the lavish lifestyle available only to fabulously wealthy aristocrats. Beneath the veneer of respectability lurks an ugly secret - the trio are flat broke and finance their sumptuous existence through counterfeiting and the funds the Count is able to glean from the upperclass wives he coldly and very successfully seduces. Learning that the American ambassador is arriving for a visit, Karamzin schemes to make the politician's beautiful wife his next victim. Bored and gullible, Mrs. Hughes is the perfect "subject" for the Count's attentions, but winds up with much more than the adventure she seeks - unleashing disasterous consequences.

Erich von Stroheim's psychologically penetrating and visually gorgeous study of "innocent Americans" abroad, and their inability to understand the longstanding rules of behavior followed by their sophisticated European counterparts. An American diplomat and his wife journey to Monte Carlo, where he proceeds to bury himself in work. His wife, bored and upset with her husband's inattentiveness, and longing to experience the Continental nightlife, gradually succumbs to the flirtations of an elegant and charming "Count" -- who, in actuality, is merely a Russian military officer out to seduce her. As events come tumbling to a disastrous conclusion, the woman learns a valuable lesson about the meaning of true nobility, and the difference between appearance and reality.

19%off
The Romantic Englishwoman
$16.20 Super Savings
Add to Cart

Customer Rating:
Based on 4779 ratings.


A masterpiece (of film and irony- a movie about a fake Count directed by a genius who was later discovered to himself be a fake Count). The image quality of this DVD is fine, of the AFI film restoration as the Kino version, but is somewhat spoiled because it is a silent run at sound speed (usually Alpha takes better care with silents, so this is a double shame; the notorious scene of the evil Count looking the counterfeiter's retarded daughter up and down and then creepily licking his lips just doesn't have the same impact in fast-motion) and accompanied by different, annoyingly irrelevant music. I would have preferred a different, even if damaged, print at silent speed. This movie was added to the Library of Congress National Film Registry in 2008; a fictionalized "making of" was the subject of a Young Indiana Jones episode. The DVD picture quality is fine enough, though, and it's still a great movie.


Eric Von Stroheim is the perfect villain in this movie. He is so despicable that you can hear the audiences of 1921 hiss when he comes on camera. There is no redeeming virtue in the character he plays.

He set the stage for all movie villains to come. Darth Vader looks tame by comparison.


Few Silent films hold up to the modern audience -- but this one does! Great film about a rich Grifter family that will do anything to roll in the bucks. Great gambling sequences and good direction by Actor/Director Von Stroheim. Film is very entertaining and has a twist ending.