Within Our Gates (Silent) 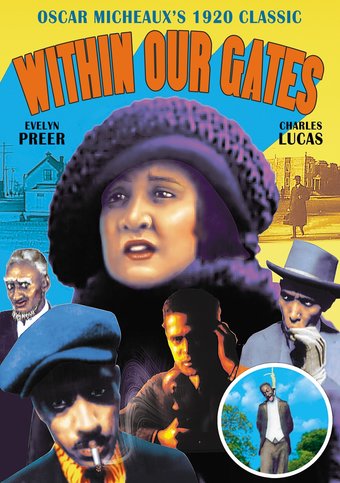 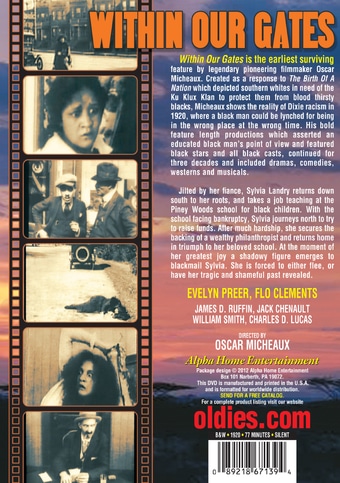 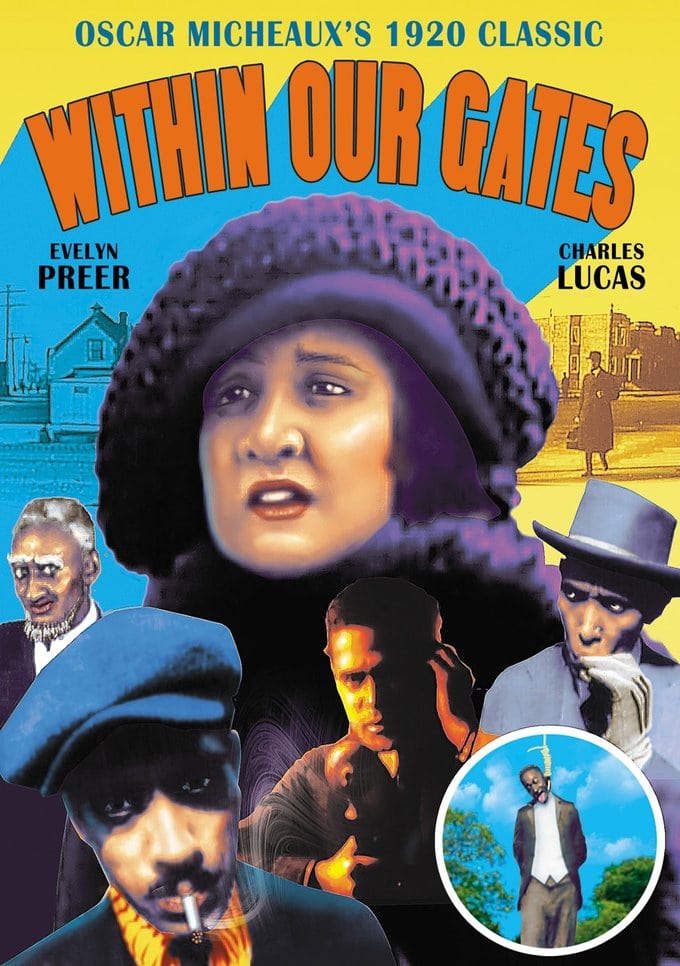 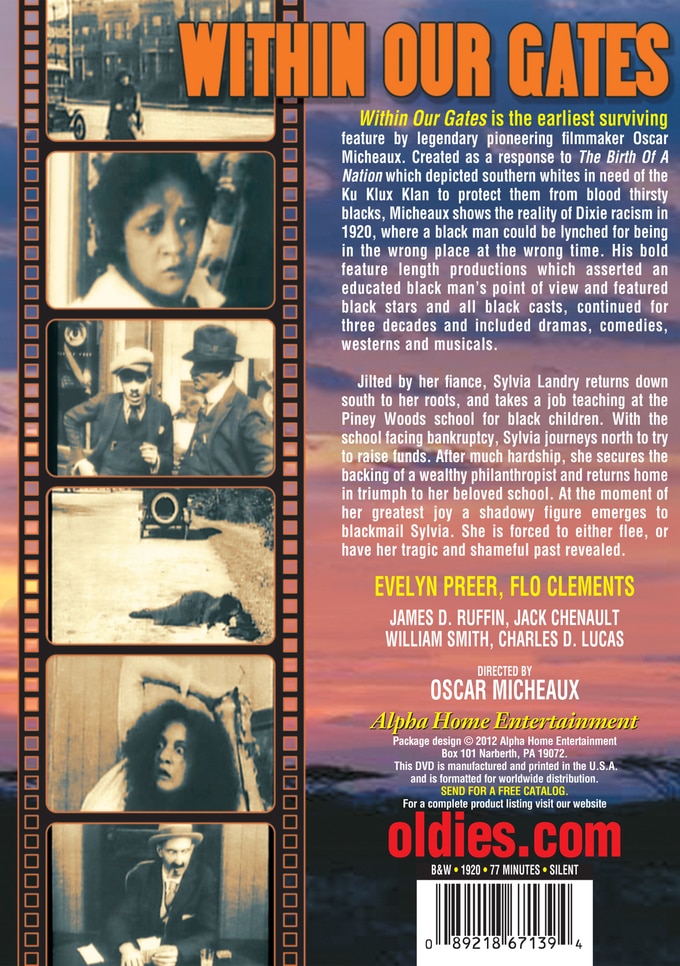 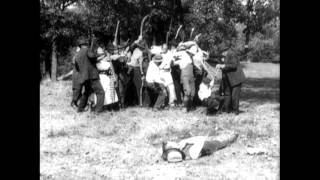 WITHIN OUR GATES (excerpt) (Trailer)

Within Our Gates is the earliest surviving feature by legendary pioneering filmmaker Oscar Micheaux. Created as a response to The Birth Of A Nation which depicted southern whites in need of the Ku Klux Klan to protect them from blood thirsty blacks, Micheaux shows the reality of Dixie racism in 1920, where a black man could be lynched for being in the wrong place at the wrong time. His bold feature length productions which asserted an educated black man's point of view and featured black stars and all black casts, continued for three decades and included dramas, comedies, westerns and musicals.

Jilted by her fiance, Sylvia Landry returns down south to her roots, and takes a job teaching at the Piney Woods school for black children. With the school facing bankruptcy, Sylvia journeys north to try to raise funds. After much hardship, she secures the backing of a wealthy philanthropist and returns home in triumph to her beloved school. At the moment of her greatest joy a shadowy figure emerges to blackmail Sylvia. She is forced to either flee, or have her tragic and shameful past revealed.

This film is one of the earliest surviving examples of a film by an African American filmmaker. Sylvia Landry is engaged to a black soldier, but her rival Alma Pritchard arranges for him to catch Sylvia in an innocent but compromising situation. No longer engaged, she moves to the South to work as a teacher in an all-black school. When the school has financial problems, she returns to Boston to raise money for it. There, she is befriended by a white doctor, Dr. Vivian, who falls in love with her. In a flashback, her rival tells the doctor how Sylvia lost her family. Sylvia's father was unjustly accused of murder, and her parents were lynched. Micheaux was not a great artist, but his films are important because they dealt with issues that the mainstream "white" studios ignored. The only surviving print of WITHIN OUR GATES was found in an archive in Spain, and the titles had been rewritten in Spanish. When translated back to English, plot points may have been lost. On the other hand, the last third of the film is a haunting flashback to the death of Sylvia's parents. The scenes of the lynch-mob beating one man to death and hanging Mr. and Mrs. Landry are still powerful today, and the film is highly critical of blacks who betray their race to earn favor with the white dominant society.

Rivalry | Silent | Murder | Blaxploitation | Friendships | Teachers | Soldiers | Love
This product is made-on-demand by the manufacturer using DVD-R recordable media. Almost all DVD players can play DVD-Rs (except for some older models made before 2000) - please consult your owner's manual for formats compatible with your player. These DVD-Rs may not play on all computers or DVD player/recorders. To address this, the manufacturer recommends viewing this product on a DVD player that does not have recording capability.

The Cabinet of Dr. Caligari
$21.20 Super Savings
Add to Cart