Hearts of the World (Silent)

Dramatic graphic story of young lovers in a small peaceful French village who are torn apart by the coming of the First World War. 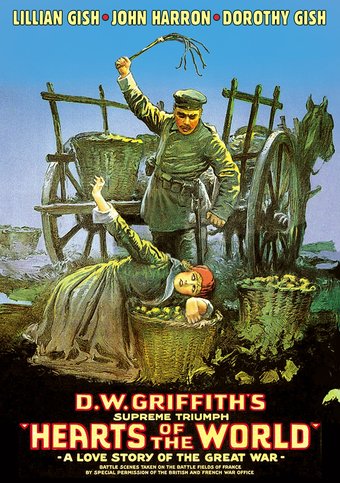 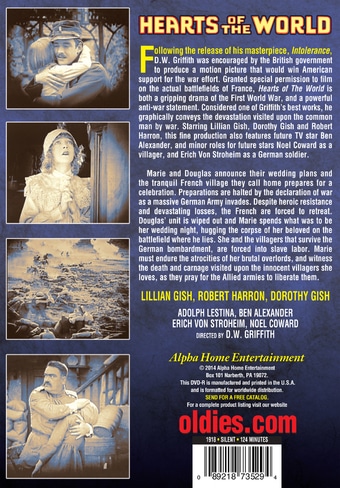 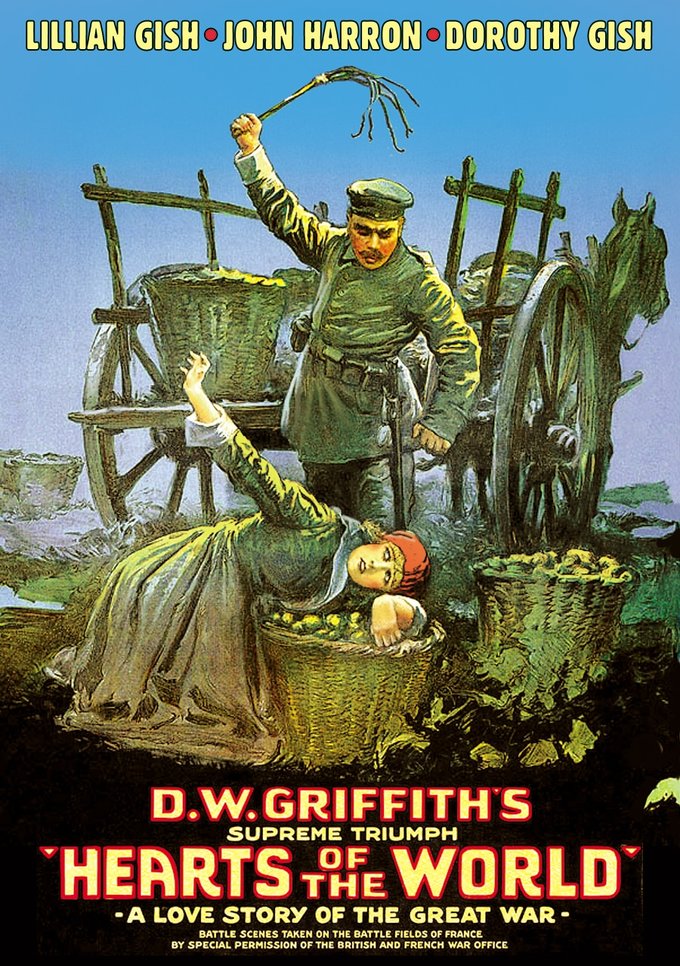 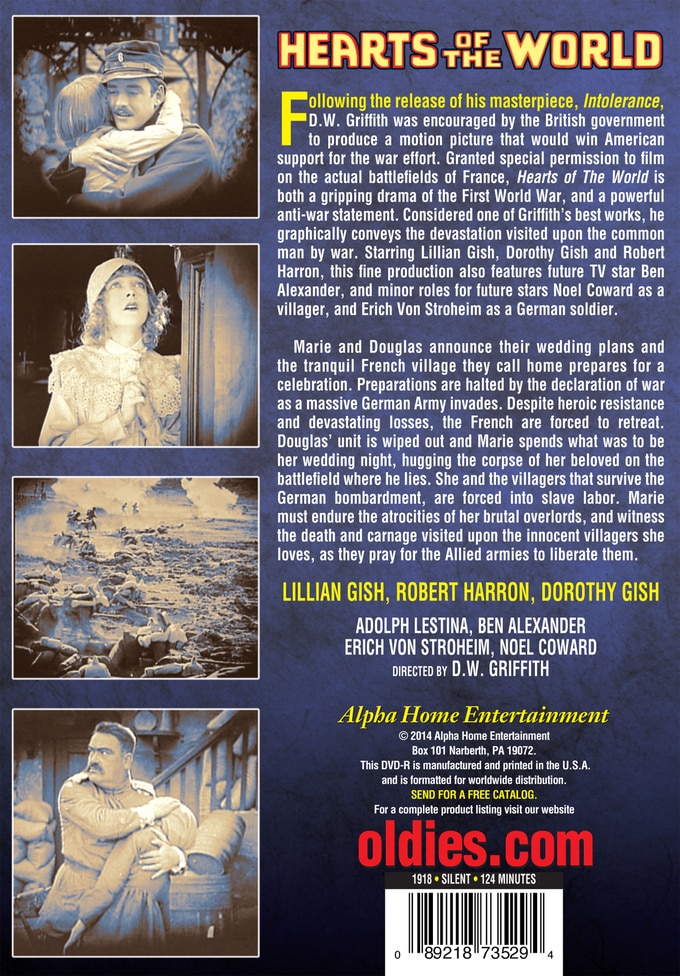 Following the release of his masterpiece, Intolerance, D.W. Griffith was encouraged by the British government to produce a motion picture that would win American support for the war effort. Granted special permission to film on the actual battlefields of France, Hearts of The World is both a gripping drama of the First World War, and a powerful anti-war statement. Considered one of Griffith's best works, he graphically conveys the devastation visited upon the common man by war. Starring Lillian Gish, Dorothy Gish and Robert Harron, this fine production also features future TV star Ben Alexander, and minor roles for future stars Noel Coward as a villager, and Erich Von Stroheim as a German soldier.

Marie and Douglas announce their wedding plans and the tranquil French village they call home prepares for a celebration. Preparations are halted by the declaration of war as a massive German Army invades. Despite heroic resistance and devastating losses, the French are forced to retreat. Douglas' unit is wiped out and Marie spends what was to be her wedding night, hugging the corpse of her beloved on the battlefield where he lies. She and the villagers that survive the German bombardment, are forced into slave labor. Marie must endure the atrocities of her brutal overlords, and witness the death and carnage visited upon the innocent villagers she loves, as they pray for the Allied armies to liberate them.

Romance | Silent | Vintage | War | Melodrama
This product is made-on-demand by the manufacturer using DVD-R recordable media. Almost all DVD players can play DVD-Rs (except for some older models made before 2000) - please consult your owner's manual for formats compatible with your player. These DVD-Rs may not play on all computers or DVD player/recorders. To address this, the manufacturer recommends viewing this product on a DVD player that does not have recording capability.

All Quiet on the Western Front (Blu-ray)
$18.20 Super Savings
Add to Cart