A spectacular romantic epic recognized as one of the greatest silent classics of all time. 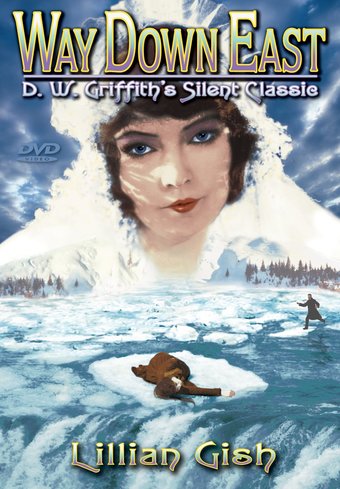 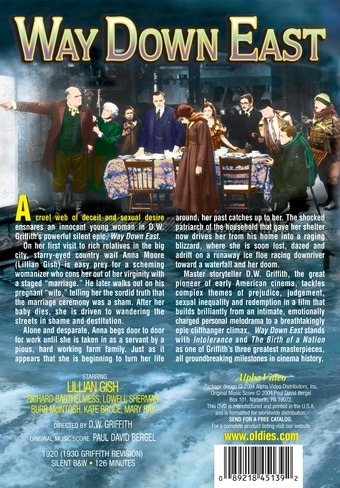 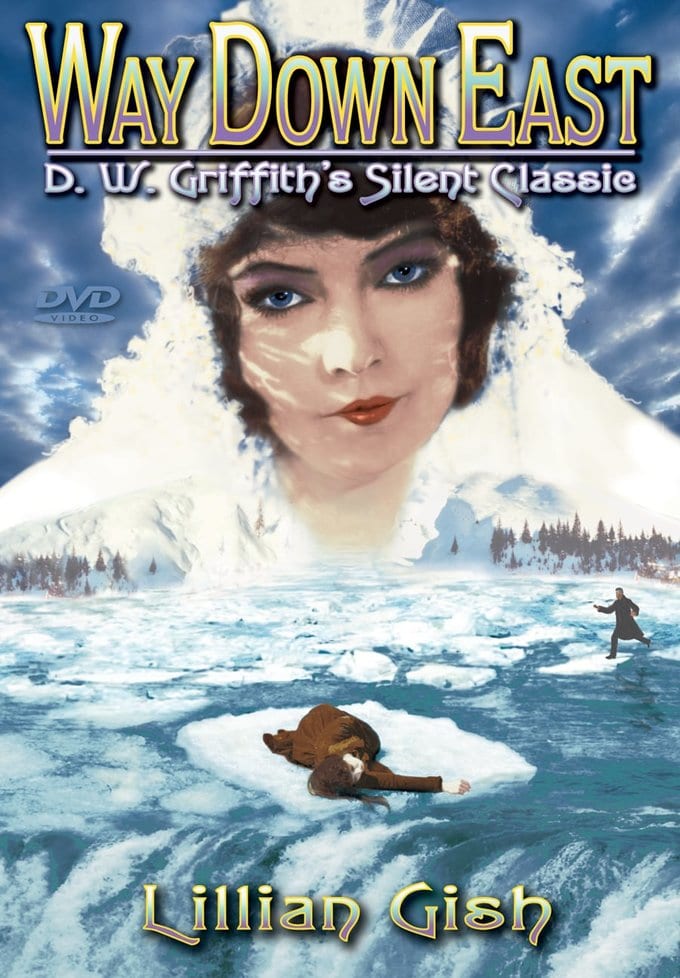 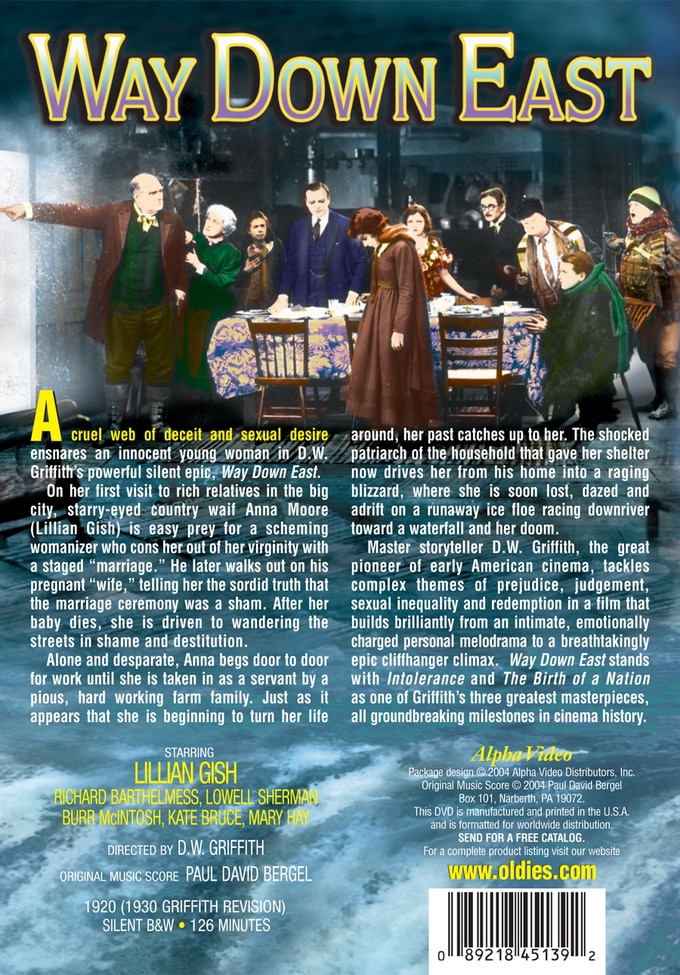 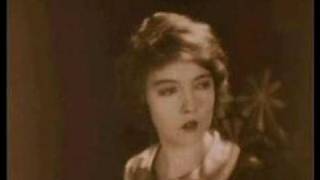 On her first visit to rich relatives in the big city, starry-eyed country waif Anna Moore (Lillian Gish) is easy prey for a scheming womanizer who cons her out of her virginity with a staged "marriage." He later walks out on his pregnant "wife," telling her the sordid truth that the marriage ceremony was a sham. After her baby dies, she is driven to wandering the streets in shame and destitution.

Alone and desperate, Anna begs door to door for work until she is taken in as a servant by a pious, hard working farm family. Just as it appears that she is beginning to turn her life around, her past catches up to her. The shocked patriarch of the household that gave her shelter now drives her from his home into a raging blizzard, where she is soon lost, dazed and adrift on a runaway ice floe racing downriver toward a waterfall and her doom.

Master storyteller D.W. Griffith, the great pioneer of early American cinema, tackles complex themes of prejudice, judgement, sexual inequality and redemption in a film that builds brilliantly from an intimate, emotionally charged personal melodrama to a breathtakingly epic cliffhanger climax. Way Down East stands with Intolerance and The Birth of a Nation as one of Griffith's three greatest masterpieces, all groundbreaking milestones in cinema history.

Innocent Anna (Lillian Gish, in a terrific performance) is sent by her poverty-stricken mother to visit rich relations in Boston, where she is seduced into a sham marriage by a smooth-talking scoundrel (Lowell Sherman). When she becomes pregnant, he abandons her; later, the baby dies. Now a social outcast, she changes her name and eventually finds shelter at the estate of the sternly religious Squire Bartlett (Burr McIntosh). She falls in love with his handsome son (Richard Barthelmess), but cannot divulge to him her terrible secret for fear of his father's righteous fury. D.W. Griffith (BIRTH OF A NATION) directed this film with his usual blend of powerfully cinematic storytelling and scathing social commentary. Rustic New England and New York locations provide a gorgeous backdrop to the proceedings, and the climax, where poor Anna becomes lost in a winter storm, and is swept down the river on ice floes, is one of silent cinema's peak moments.

A melodrama in typical Griffith fashion about a poor woman, Anna, who is trapped by a vicious scoundrel into a fake marriage just so the wealthy snob, Lennox, can have his way with her. Once this has happened, he leaves her behind, alone and pregnant, to journey into the world. She is scorned by everyone she meets because she is an unwed mother, yet when she finally settles at Squire Bartlett's and he falls for her, she cannot give in to his advances due to her troubled past. Eventually, Lennox shows up, and when Squire Bartlett learns of the truth, he throws her out into the snow. The closing sequence of Anna drifting on the ice floes is highly regarded.

Customer Rating:
Based on 6667 ratings.


I totally enjoyed watching "Way Down East." It has a great story, great acting, and the accompanying music was another part of this show that makes it so delightful.


A friend of mine found a book at a library sale called "Classics Of The Silent Screen" by Joe Franklin (Cadillac Publishing, NY, NY, 1959). According to the book, the ice-floe scene was filmed on the Connecticut River in Mamaroneck, NY. The scenes with Lillian Gish floating down the river while lying on a block of ice ARE REAL! Those scenes are also mixed with studio shots featuring close-ups of Lillian Gish and a finale filmed at Niagara Falls. But the ice-floe scene looks very real because it is. The book goes on to say that she had to be periodically revived with cups of steaming tea.

I doubt that the professional actors of today would volunteer to perform to this extent for today's movies, given the incredible special effects possible. The ice-floe scene is an awesome display of the dedication to the craft of both Lillian Gish and the crew that filmed this movie. While the morality of the story line would never attract audiences today, the finale is more than worth the price of this DVD.


I haven't seen this print, but last time I saw this was in a packed 'classic' movie theater, and man it was spectacular!

But there's one scene that's worth far more than the price of the video or DVD, and tha'ts when Miss Gish actually is jumping on ice flows in a river, and she's doing this for real... no nets, little safety equipment, and the river and ice is moving... something no one in their right mind would do today. Just seeing this alone will chill your bones!

And this is a true classic of film. There's so much more here that this should be on anyone's must-have list... I'm excited that it's finally on DVD and I've ordered it today - you should as well!