12 episodes on 3 DVDs from the classic "Lone Ranger" television series. 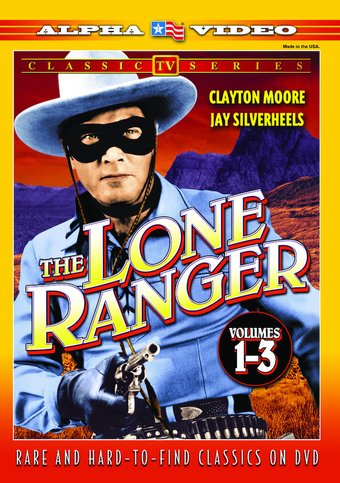 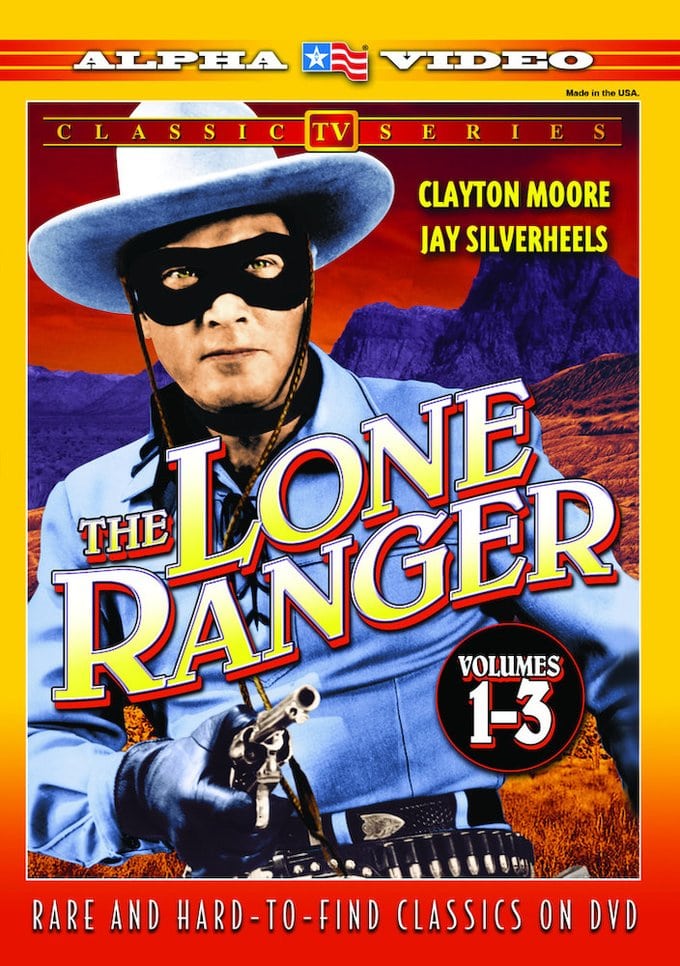 "A fiery horse with the speed of light, a cloud of dust and a hearty Hi-Yo Silver! The Lone Ranger. 'Hi-Yo Silver, away!' With his faithful Indian companion Tonto, the daring and resourceful masked rider of the plains led the fight for law and order in the early west. Return with us now to those thrilling days of yesteryear. The Lone Ranger rides again!"

Legion of Old Timers: Bob Kittredge (DeForrest Kelly) recruits the help of The Lone Ranger & Tonto in saving the Circle K Ranch from the clutches of a well known criminal, Red Devers.

Renegades: Indians are being framed for attacking army supply trains by a corrupt group of military men. The Lone Ranger & Tonto come to the aid of Chief Swift Eagle in an effort to clear the Indians and save them from expulsion to the Everglades.

Old Joe's Sister: Biff Baker shoots old Joe and throws him off a cliff, assuming his identity to fool his long lost sister and steal his gold. The Lone Ranger & Tonto save old Joe's life and make a plan to capture the culprit.

Six Gun Legacy: A young man returning from the east to inherit $80,000 is left for dead by bandits looking to send an imposter to collect the windfall.

Return of the Convict: Ex-con Tom Aimes returns from prison seeking retribution against the men who framed him for a series of stage coach robberies.

The Tenderfeet: A claim jumper kills his partner and frames the Larrabee brothers, who have just struck silver.

High Heels: Poisoned water and dead cattle spark a feud between long-time neighboring ranchers. The Lone Ranger suspects that they're being played against each other by an unscrupulous land baron.

Masked Rider: The Lone Ranger poses as a wanted desperado so he can infiltrate a gang of robbers.

War Horse: Rustlers kidnap an Indian chief's son. The Masked Man and Tonto fight to keep war from breaking out.

Message from Abe: A paroled bank robber is trying to lead a lawful life. When his sick wife requires expensive medical treatment, he is tempted to return to his old ways to help her.

LONE RANGER - VOL.1-3 compiles 12 episodes from the classic western television series, including "Legion of Old Timers," "The Tenderfeet," and "Message from Abe."