Three episodes of Western heroics depict Lucas McCain does his best to raise his son in the wilderness. 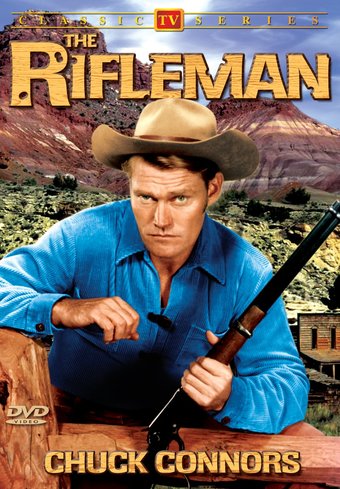 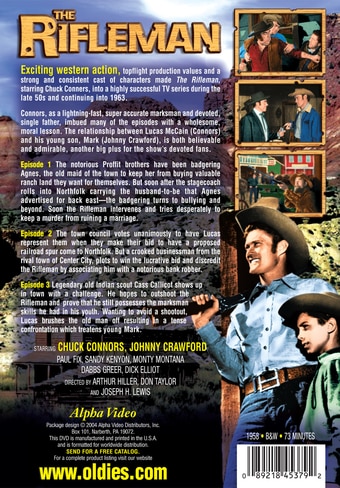 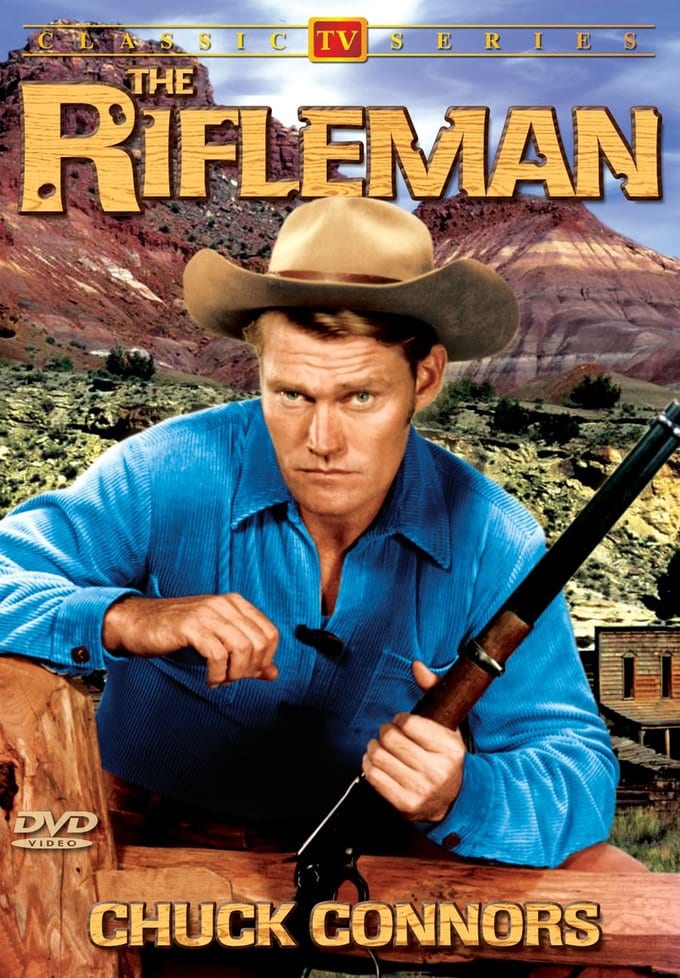 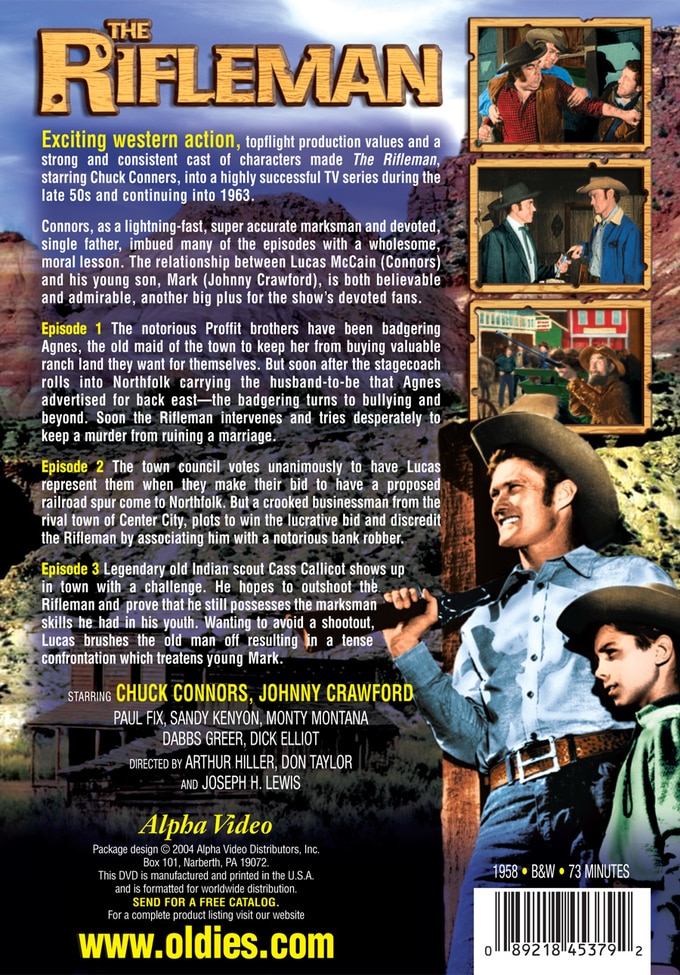 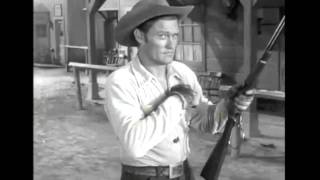 Exciting western action, topflight production values and a strong and consistent cast of characters made "The Rifleman," starring Chuck Conners, into a highly successful TV series during the late 50s and continuing into 1963. Connors, as a lightning-fast, super accurate marksman and devoted, single father, imbued many of the episodes with a wholesome, moral lesson. The relationship between Lucas McCain (Connors) and his young son, Mark (Johnny Crawford), is both believable and admirable, another big plus for the show's devoted fans.

MAIL ORDER GROOM: The notorious Proffit brothers have been badgering Agnes, the old maid of the town to keep her from buying valuable ranch land they want for themselves. But soon after the stagecoach rolls into Northfolk carrying the husband-to-be that Agnes advertised for back east-the badgering turns to bullying and beyond. Soon the Rifleman intervenes and tries desperately to keep a murder from ruining a marriage.

THE OUTLAW'S INHERITANCE: The town council votes unanimously to have Lucas represent them when they make their bid to have a proposed railroad spur come to Northfolk. But a crooked businessman from the rival town of Center City, plots to win the lucrative bid and discredit the Rifleman by associating him with a notorious bank robber.

DAY OF THE HUNTER: Legendary old Indian scout Cass Callicot shows up in town with a challenge. He hopes to outshoot the Rifleman and prove that he still possesses the marksman skills he had in his youth. Wanting to avoid a shootout, Lucas brushes the old man off resulting in a tense confrontation which threatens young Mark.

This popular Western-oriented television show first aired in 1958, and starred the beefy Chuck Connors as Lucas McCain. The dexterous cowboy took on the criminal detritus of the Old West with his trusty rifle (hence the name of the show), picking off villains with a gun designed for speed and precision. But McCain had another, overriding concern, namely the upbringing of his young son, which he carries out under adverse circumstances. This release offers a taster of the show, with three episodes included.

Action | Cowboys | Outlaws | Vintage TV | Classic Television | Television Shows
This product is made-on-demand by the manufacturer using DVD-R recordable media. Almost all DVD players can play DVD-Rs (except for some older models made before 2000) - please consult your owner's manual for formats compatible with your player. These DVD-Rs may not play on all computers or DVD player/recorders. To address this, the manufacturer recommends viewing this product on a DVD player that does not have recording capability.

Customer Rating:
Based on 4282 ratings.


These public domain episodes are OK (Mail Order Bride is my favorite). But only three episodes is chintzy ... this DVD should have at least six episodes on it to be a decent value.