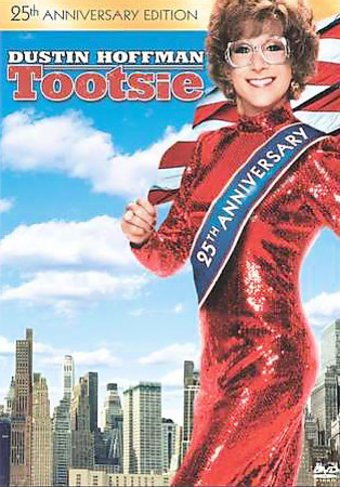 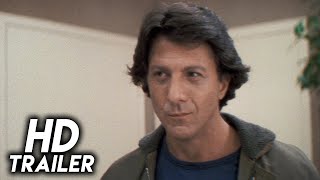 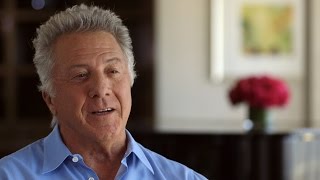 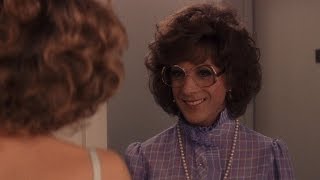 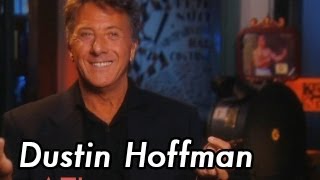 Dustin Hoffman on TOOTSIE and his character Dorothy Michaels (Featurette) 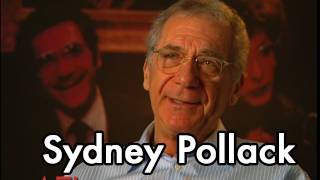 "How do you feel about Cleveland'"
- cameraman's response when asked how far back he can go to make Dorothy Michaels (Dustin Hoffman) look more attractive
"I was a better man with you as a woman than I ever was with a woman as a man."
- Michael Dorsey (Dustin Hoffman) to Julie Nichols (Jessica Lange)

When theatrical mastermind Michael Dorsey (Dustin Hoffman) finds himself blacklisted by just about every producer in the acting business, he decides to thwart the entertainment industry by disguising himself as an older woman and auditioning for a daytime soap opera. Dorsey arrives for the audition in a dress and makeup. Calling himself Dorothy Michaels, he/she gives an astonishing screen test and is hired on the spot by the show's executive (Dabney Coleman). Dorsey is an overnight sensation with the show's fans, but as his secret career escalates, his relationship with his girlfriend (Teri Garr) suffers. Soon Dorsey finds a new romantic interest at work with his co-star, Julie. The only problem is, Julie thinks Dorsey is a woman and it's not long before she's trying to fix up Dorothy with her single father.

In the tradition of Mel Brooks's THE PRODUCERS, Sydney Pollack's TOOTSIE is a rich, funny, complex film. In featuring Hoffman as the smock-wearing protagonist, its boldness exposes movie-goers to the hilarious challenges faced by a modern cross-dresser. At the same time, the film promoted tolerance for transgendered people. Hoffman is unforgettable as the actor so desperate for work that he'll dress as a woman to get it, and supporting players Geena Davis and Bill Murray create plenty of comedy relief to help the plot along.

Michael Dorsey is a talented actor, but his demanding nature and stubborn temperament have antagonized every producer in New York. Now his agent insists no one will hire him. But Michael needs money - eight thousand dollars to be exact - and to earn it, he's willing to play the role of a lifetime. Dustin Hoffman stars with Jessica Lange, Teri Garr, Dabney Coleman, Charles Durning, Bill Murray andGeena Davis in director Sydney Pollack's heart-filled classic that heralded a new era of Hollywood wig-flipping and set a new standard for unpredictable laugh-out-loud comedy.