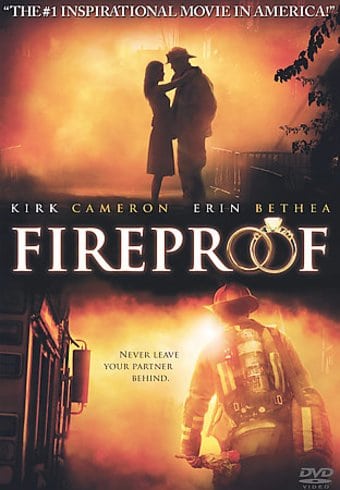 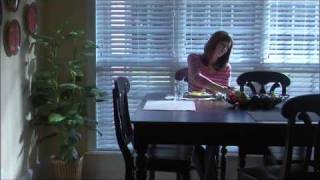 FIREPROOF, from the same team that made the 2006 hit FACING THE GIANTS, is a Christian relationship drama with a very strong message. The film stars Kirk Cameron of the classic television series GROWING PAINS as Captain Caleb Holt, a fireman whose fearlessness is limited to his work. At home with his wife of seven years, Caleb shows little of the bravery he displays on the job, and has a failing marriage as a result. Fighting over every little thing, Caleb and his wife, Catherine (Erin Bethea), are on the verge of signing divorce papers when Caleb's father and coworkers urge him to approach his marriage in the same way he fights vicious flames. When Caleb's father gives him the "Love Dare," a 40-day guide to religiously motivated marriage help, Caleb begins a difficult journey to reclaim his wife, and in the process, his faith in God.

With several action-packed scenes, FIREPROOF uses fire metaphors in its exploration of marriage. The film offers an alternative to the common romantic comedy and, some might argue, a more multidimensional view of romance. The film examines both the ups and inevitable downs of married life, offering faith as a prescription for saving what may at first glance appear to have already failed. Likely to please its target audience, the film offers a fresh perspective on marriage and inspiring relationship tips viewers may want to try regardless of their faith.

Lt. Caleb Holt lives by the old firefighter's adage: Never leave your partner behind. Inside burning buildings, it's his natural instinct. In the cooling embers of his marriage, it's another story. After a decade of marriage, Caleb and Catherine Holt have drifted so far apart that they are ready to move on without each other. Yet as they prepare to enter divorce proceedings, Caleb's dad asks his son to try an experiment: The Love Dare. While hoping The Love Dare has nothing to do with his parents' newfound faith, Caleb commits to the challenge. But can he attempt to love his wife while avoiding God's love for him' Will he be able to demonstrate love over and over again to a person that's no longer receptive to his love' Or is this just another marriage destined to go up in smoke'