A comedy from the heart that goes for the throat. 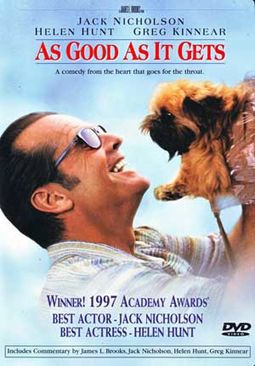 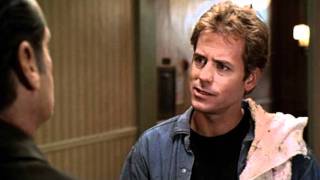 As Good As It Gets - Trailer 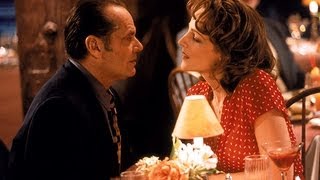 Chris Wilkinson on As Good As It Gets (Featurette)

Acerbic and outwardly despicable pulp novelist Melvin Udall lives in a haze of obsessive-compulsive behavior patterns, avoiding cracks in the sidewalk and rigidly adhering to his regimen of daily breakfasts in the cafe where harried single mom Carol Connelly (Helen Hunt) is the only waitress he'll accept. But his ordered, hermetic world falls apart when his neighbor, a gay painter, needs a babysitter for his cherished dog--and only his long-time nemesis Melvin will do. Then, when the waitress's son's serious illness keeps her from work, Melvin realizes how much he needs her after all. Academy Award Nominations: 7, including Best Supporting Actor--Greg Kinnear, Best Film Editing, Best Original Score (Musical/Comedy), and Best Screenplay Written Directly for the Screen. Academy Awards: Best Actor--Jack Nicholson and Best Actress--Helen Hunt.