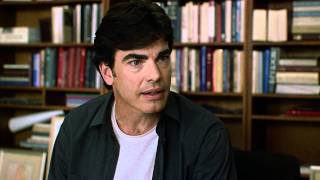 All Jody Sawyer (Amanda Schull) has ever wanted is to be a ballerina in the American Ballet Company. Her dream begins to come true when she's accepted to the company's Academy in New York City. Along with street-smart Eva (Zoë Saldana), veteran student Maureen (Susan May Pratt), sensitive Charlie (Sascha Radetsky), and flamboyant Erik (Shakiem Evans), Jody embarks on the stringent Academy training program with the hope of being one of the select few chosen for the Company. But Jody has her own style and has to contend with criticism that she doesn't have good feet and her body type is wrong. In the meantime, she finds herself involved with Cooper (Ethan Stiefel), a talented Harley-riding dancer and choreographer.

The masterful dance sequences in Nicholas Hytner's CENTER STAGE are enriched by the performances of real-life American Ballet Theatre star Stiefel, and those of Schull, who was an apprentice at the San Francisco Ballet when she was cast. Peter Gallagher stars as the head of the ballet company, Donna Murphy is featured as an instructor at the academy, and Debra Monk portrays an overbearing mother to Maureen (Susan May Pratt), the best ballerina in the class who is also harboring a dark secret.