Acclaimed filmmaker Ansel Faraj presents this anthology series of 11 tales of horror, mystery, and the macabre, based on the works of Edgar Allan Poe and H.G. Wells. 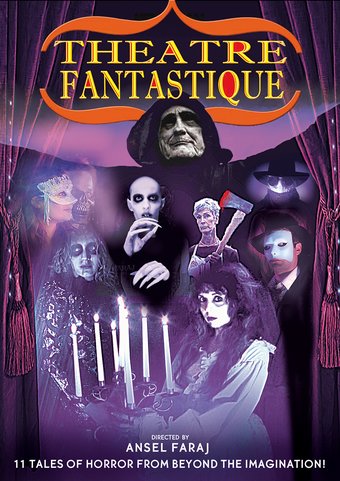 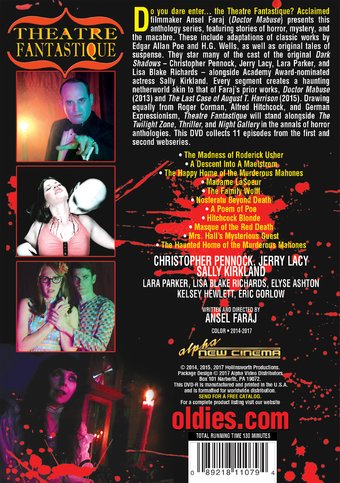 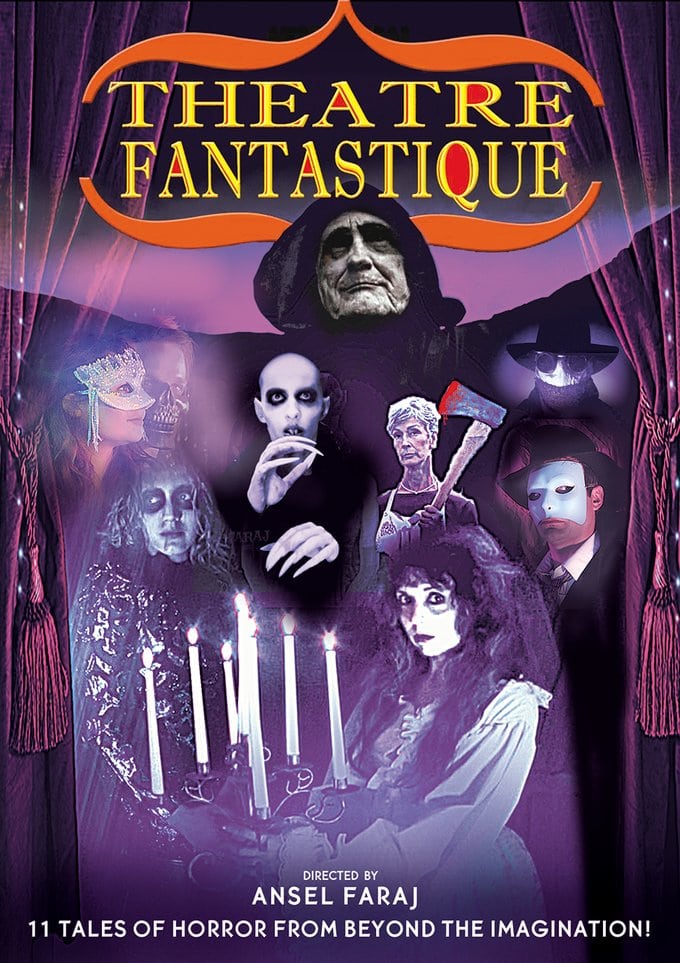 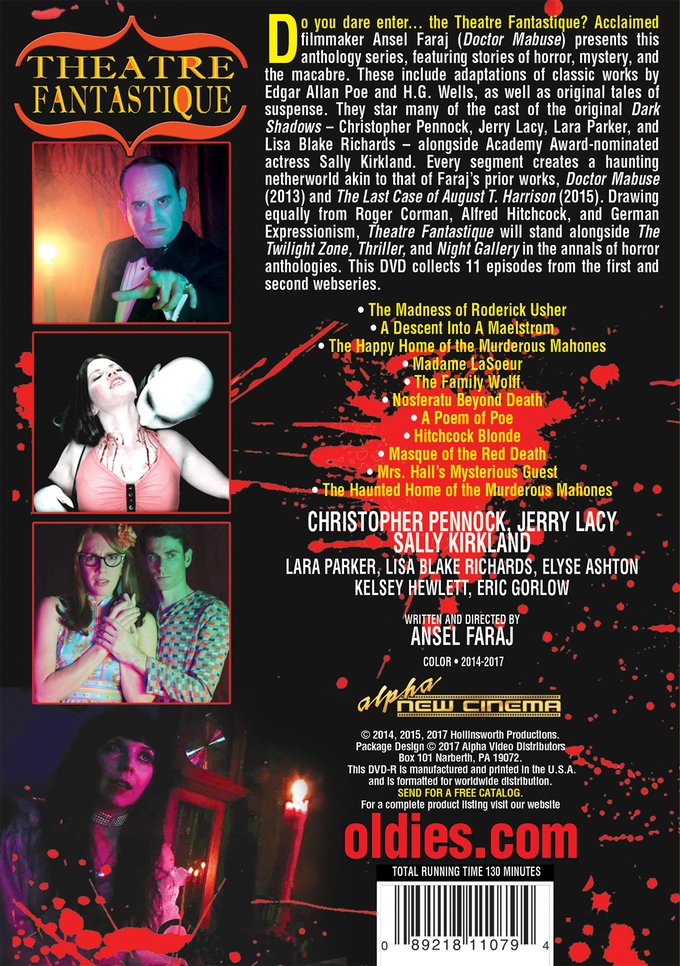 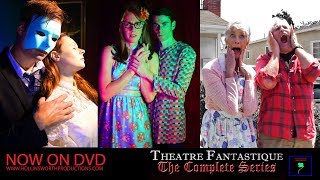 Do you dare enter...the Theatre Fantastique? Acclaimed filmmaker Ansel Faraj (Doctor Mabuse) presents this anthology series, featuring stories of horror, mystery, and the macabre. These include adaptations of classic works by Edgar Allan Poe and H.G. Wells, as well as original tales of suspense. They star many of the cast of the original Dark Shadows -- Christopher Pennock, Jerry Lacy, Lara Parker, and Lisa Blake Richards -- alongside Academy Award-nominated actress Sally Kirkland. Every segment creates a haunting netherworld akin to that of Faraj's prior works, Doctor Mabuse (2013) and The Last Case of August T. Harrison (2015). Drawing equally from Roger Corman, Alfred Hitchcock, and German Expressionism, Theatre Fantastique will stand alongside The Twilight Zone, Thriller, and Night Gallery in the annals of horror anthologies. This DVD collects 11 episodes from the first and second webseries.
This product is made-on-demand by the manufacturer using DVD-R recordable media. Almost all DVD players can play DVD-Rs (except for some older models made before 2000) - please consult your owner's manual for formats compatible with your player. These DVD-Rs may not play on all computers or DVD player/recorders. To address this, the manufacturer recommends viewing this product on a DVD player that does not have recording capability.