Nubile, young women are captured by a family of satanic rednecks for their own depraved purposes / Three couples decide to explore an abandoned mortuary and find themselves the unwitting prey of an undead madman. Contains nudity and extreme violence. 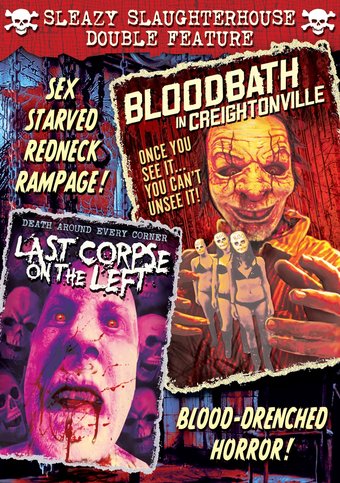 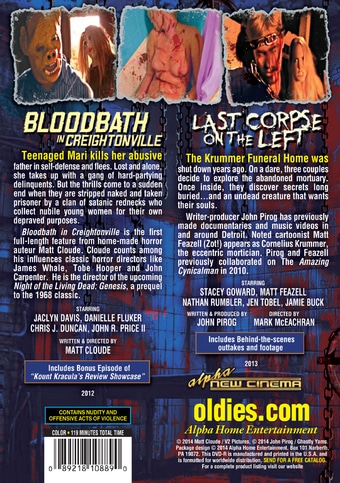 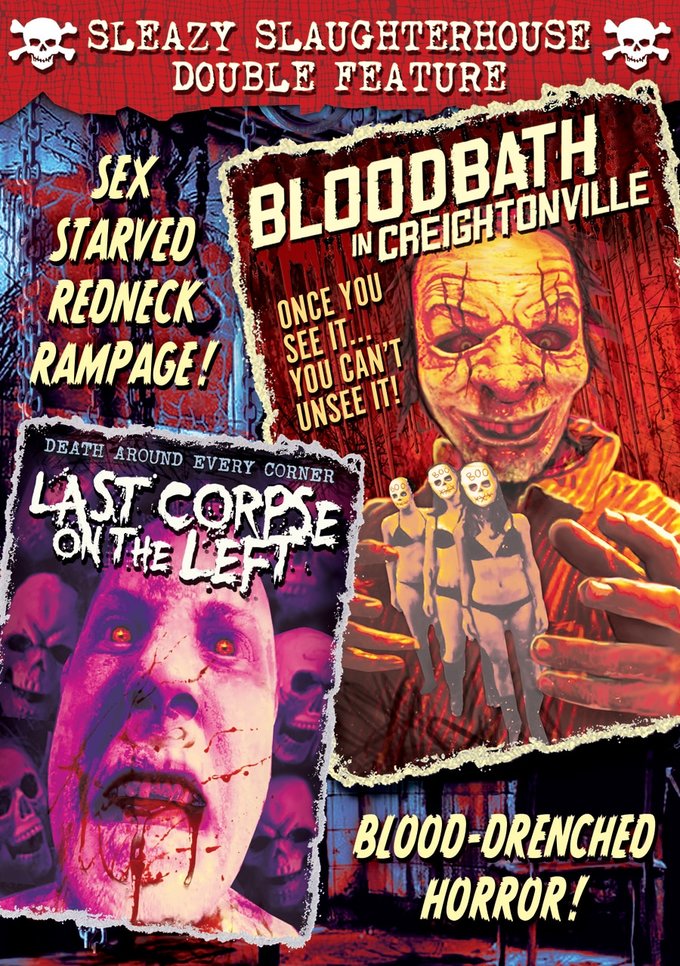 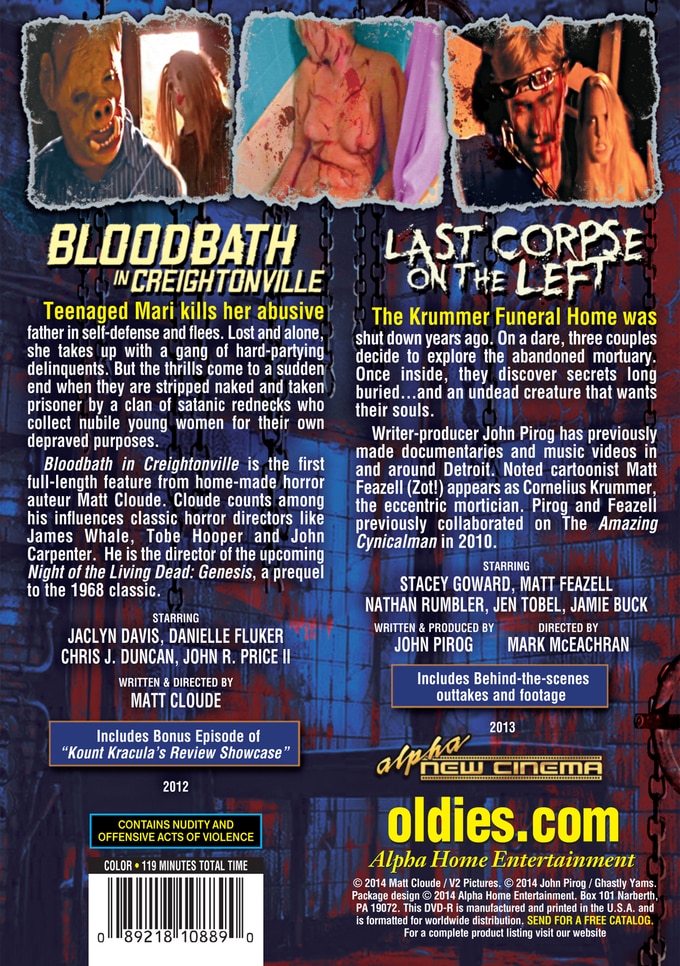 Bloodbath in Creightonville (2012): Teenaged Mari kills her abusive father in self-defense and flees. Lost and alone, she takes up with a gang of hard-partying delinquents. But the thrills come to a sudden end when they are stripped naked and taken prisoner by a clan of satanic rednecks who collect nubile young women for their own depraved purposes.

Last Corpse On The Left (2013): The Krummer Funeral Home was shut down years ago. On a dare, three couples decide to explore the abandoned mortuary. Once inside, they discover secrets long buried...and an undead creature that wants their souls.