A teenage girl is transformed into a sexy murderess by an ancient amulet. A deranged psycho preys upon the residents of a small town. Contains nudity. 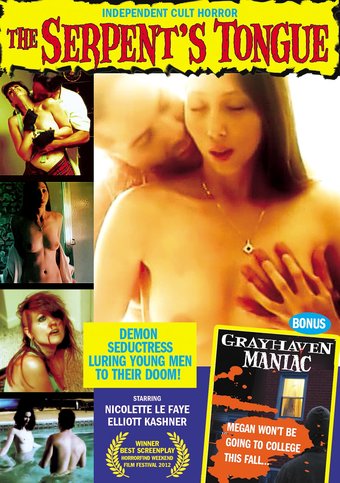 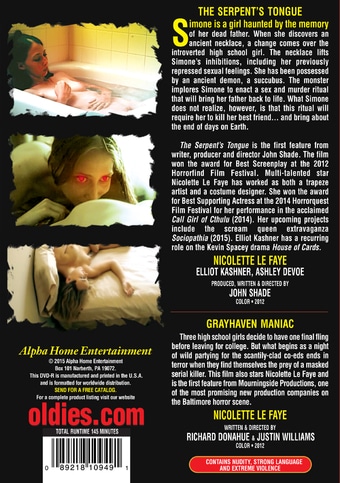 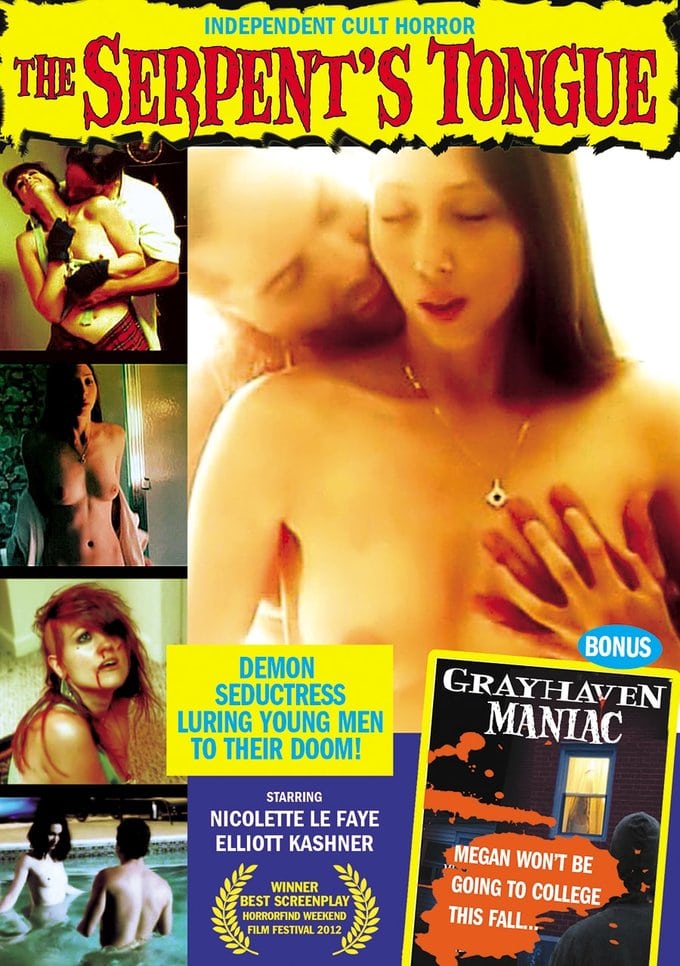 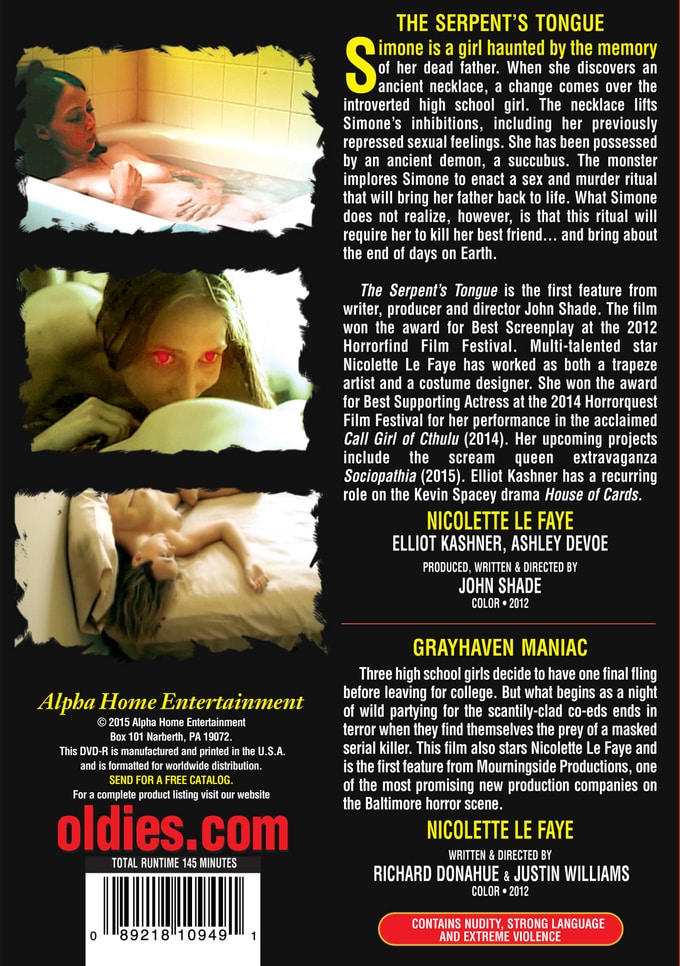 Simone is a girl haunted by the memory of her dead father. When she discovers an ancient necklace, a change comes over the introverted high school girl. The necklace lifts Simone's inhibitions, including her previously repressed sexual feelings. She has been possessed by an ancient demon, a succubus. The monster implores Simone to enact a sex and murder ritual that will bring her father back to life. What Simone does not realize, however, is that this ritual will require her to kill her best friend...and bring about the end of days on Earth.

The Serpent's Tongue is the first feature from writer, producer and director John Shade. The film won the award for Best Screenplay at the 2012 Horrorfind Film Festival. Multi-talented star Nicolette Le Faye has worked as both a trapeze artist and a costume designer. She won the award for Best Supporting Actress at the 2014 Horrorquest Film Festival for her performance in the acclaimed Call Girl of Cthulu (2014). Her upcoming projects include the scream queen extravaganza Sociopathia (2015). Elliot Kashner has a recurring role on the Kevin Spacey drama House of Cards. Starring Nicolette Le Faye, Elliot Kashner, Ashley DeVoe. Produced, written & directed by John Shade.

PLUS: The Grayhaven Maniac: Three high school girls decide to have one final fling before leaving for college. But what begins as a night of wild partying for the scantily-clad co-eds ends in terror when they find themselves the prey of a masked serial killer. This film also stars Nicolette Le Faye and is the first feature from Mourningside Productions, one of the most promising new production companies on the Baltimore horror scene. Written and directed by Richard Donahue & Justin Williams.

Customer Rating:
Based on 31 ratings.


I've seen John Waters and Hitchcock movies, and I must say a favorable comparison is warranted. My interest was piqued by the subtle start of the main character's trip from innocent and curious school girl into eventual transformation as a salacious demon pursuing a doomed mission. Her friend appears to be a polished actor whose appearance sewed the story threads tightly together. The Turkish myth integration was a unique and compelling plot device. I want to know more. The violent, volatile ending tempts me for a Part II rendition.