Bloodbath in the House of Knives
Alpha New Cinema (series) 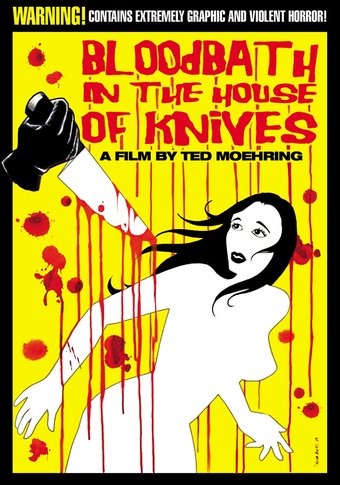 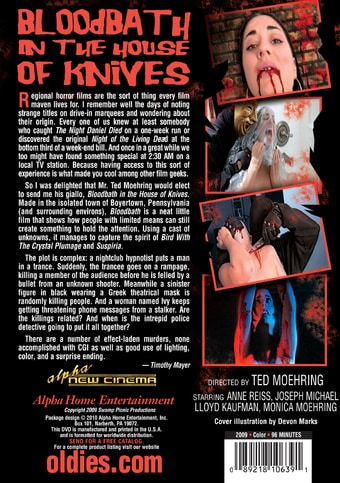 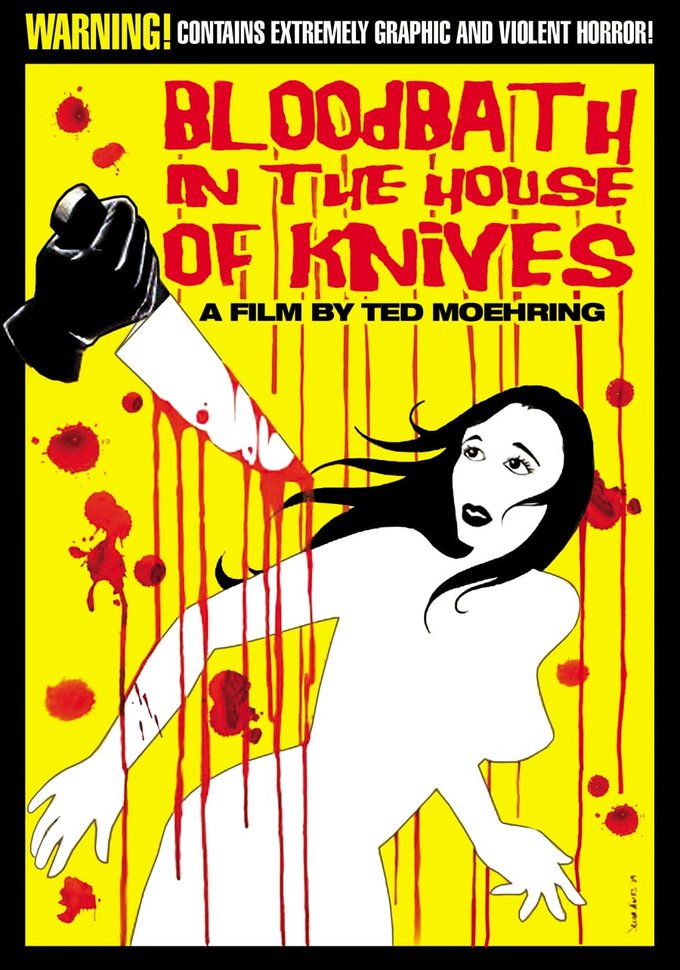 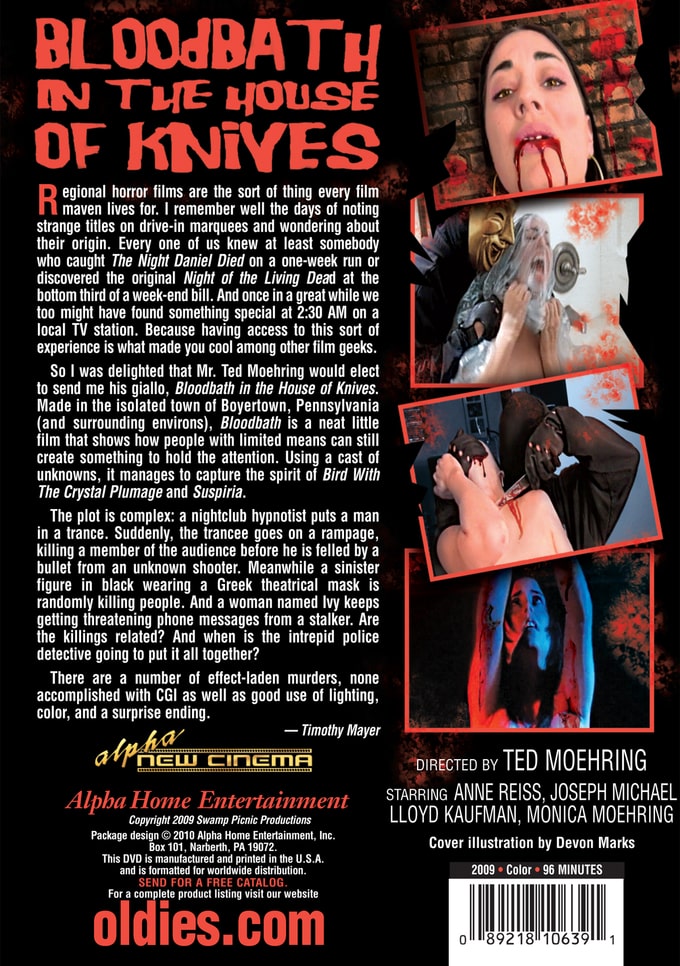 Regional horror films are the sort of thing every film maven lives for. I remember well the days of noting strange titles on drive-in marquees and wondering about their origin. Every one of us knew at least somebody who caught The Night Daniel Died on a one-week run or discovered the original Night of the Living Dead at the bottom third of a week-end bill. And once in a great while we too might have found something special at 2:30 AM on a local TV station. Because having access to this sort of experience is what made you cool among other film geeks.

So I was delighted that Mr. Ted Moehring would elect to send me his giallo, Bloodbath in the House of Knives. Made in the isolated town of Boyertown, Pennsylvania (and surrounding environs), Bloodbath is a neat little film that shows how people with limited means can still create something to hold the attention. Using a cast of unknowns, it manages to capture the spirit of Bird With The Crystal Plumage and Suspiria.

The plot is complex: a nightclub hypnotist puts a man in a trance. Suddenly, the trancee goes on a rampage, killing a member of the audience before he is felled by a bullet from an unknown shooter. Meanwhile a sinister figure in black wearing a Greek theatrical mask is randomly killing people. And a woman named Ivy keeps getting threatening phone messages from a stalker. Are the killings related? And when is the intrepid police detective going to put it all together?

There are a number of effect-laden murders, none accomplished with CGI as well as good use of lighting, color, and a surprise ending. - Timothy Mayer

A hypnosis demonstration serves as the catalyst for murder in this micro-budgeted, neo-giallo shocker featuring Troma's Lloyd Kaufman. When Ivy's friends all start dropping dead, the search for the killer reveals that everyone has a motivation for murder. Could sleaze-ball drug-dealer and pornographer Nick Lemenza be to blame, or has Ivy's troubled sister Violet finally taken the plunge off the deep end' The more bodies that turn up, the shorter the list of suspects grows, and the greater the chance that Ivy will be the next name on the killer's growing list of victims.

Murder | Drug Dealers | Murder Investigations
This product is made-on-demand by the manufacturer using DVD-R recordable media. Almost all DVD players can play DVD-Rs (except for some older models made before 2000) - please consult your owner's manual for formats compatible with your player. These DVD-Rs may not play on all computers or DVD player/recorders. To address this, the manufacturer recommends viewing this product on a DVD player that does not have recording capability.

Customer Rating:
Based on 67 ratings.


Home-made horror films can be either a joy or a torture, and the best ones are both. BLOODBATH IN THE HOUSE OF KNIVES is one of these, a convoluted roller coaster of a film, with a lot going for it. There are some truly gruesome murders and abundant female nudity, as well as surprisingly spirited performances from a charismatic cast of non-professionals, including super-hottie Anne Reiss as our delicious heroine, and featuring Troma head honcho Lloyd Kaufman, absolutely hilarious as a wise-cracking old lawyer. The film keeps throwing you off guard with about a dozen trick endings that leave your head spinning. Film buffs will recognize knowing references to many a cult classic – at one point, the heroine even takes time out to watch MESA OF LOST WOMEN, for chrissake! The creepy misc en scene is greatly enhanced by an excellent synth score that really captures the spirit of the grindhouse giallo experience. Hell of a poster, too. Well done.