A coven of vampire hookers strike in a small eastern city. Also includes the making of "7 Sins of The Vampire," screen tests and makeup designs. / An excellent silent film parody inspired by "The Cabinet of Dr. Caligari." 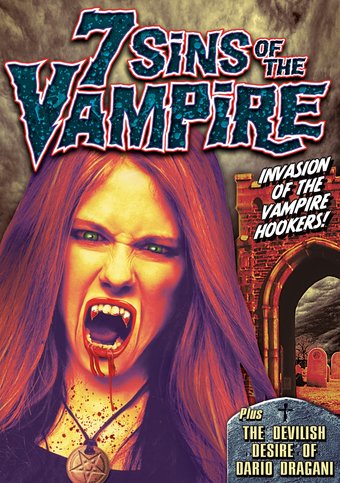 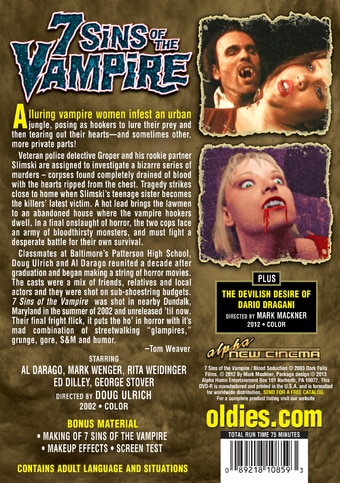 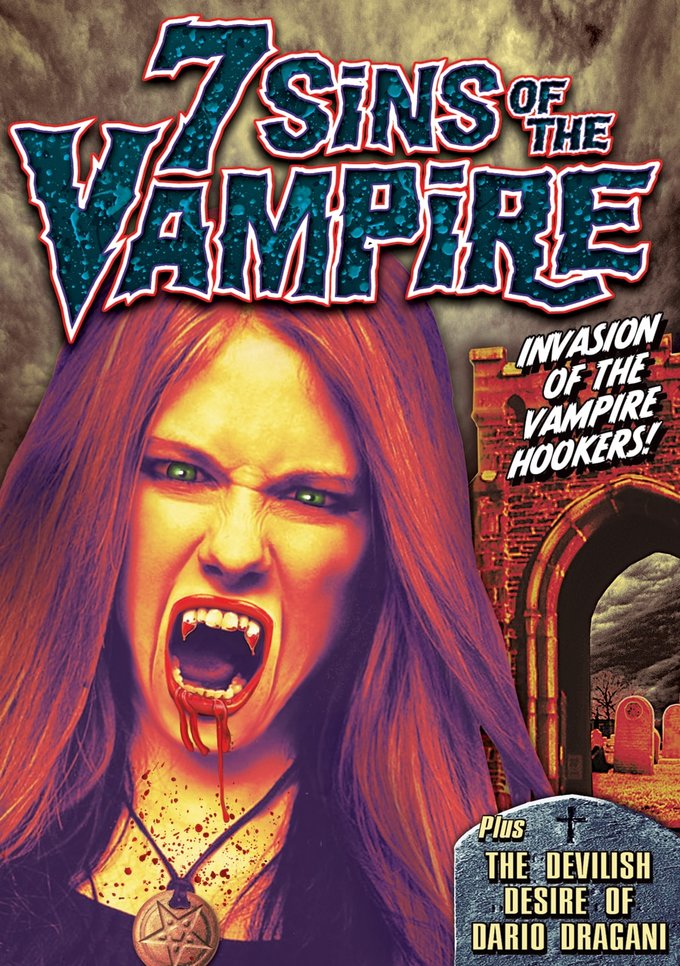 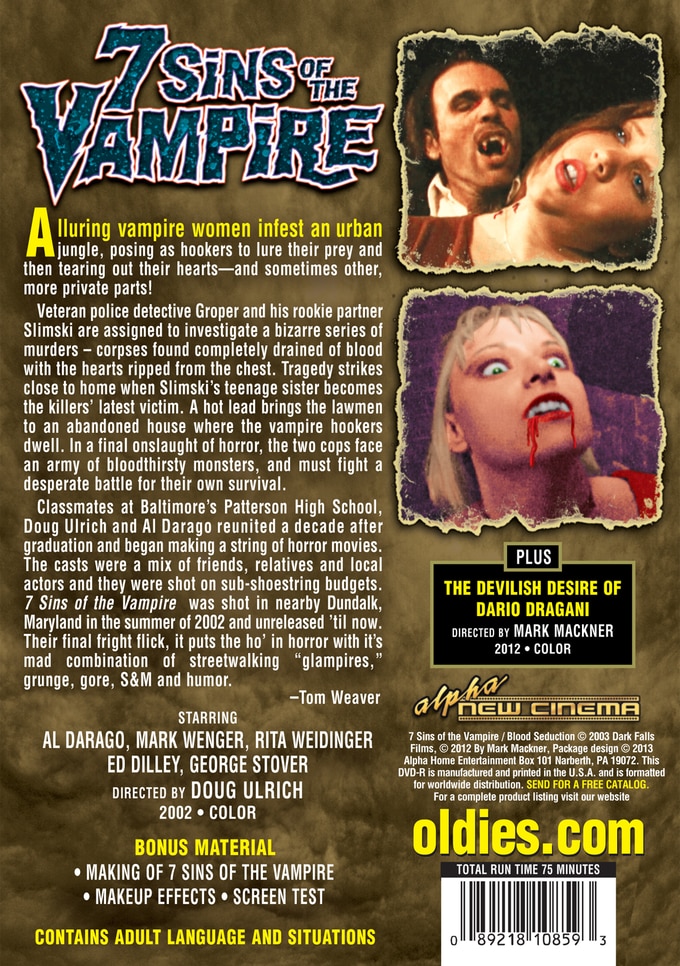 Alluring vampire women infest an urban jungle, posing as hookers to lure their prey and then tearing out their hearts - and sometimes other, more private parts!

Veteran police detective Groper and his rookie partner Slimski are assigned to investigate a bizarre series of murders - corpses found completely drained of blood with the hearts ripped from the chest. Tragedy strikes close to home when Slimski's teenage sister becomes the killers' latest victim. A hot lead brings the lawmen to an abandoned house where the vampire hookers dwell. In a final onslaught of horror, the two cops face an army of bloodthirsty monsters, and must fight a desperate battle for their own survival.

Classmates at Baltimore's Patterson High School, Doug Ulrich and Al Darago reunited a decade after graduation and began making a string of horror movies. The casts were a mix of friends, relatives and local actors and they were shot on sub-shoestring budgets. 7 Sins of the Vampire was shot in nearby Dundalk, Maryland in the summer of 2002 and unreleased 'til now. Their final fright flick, it puts the ho' in horror with it's mad combination of streetwalking "glampires," grunge, gore, S&M and humor.