A man journeys to Transylvania searching for his lost brother. / Supernatural terrors haunt a photographer exploring a European village. 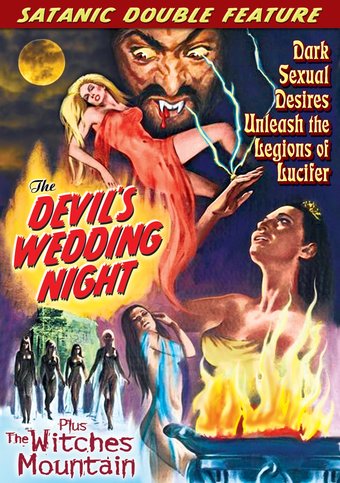 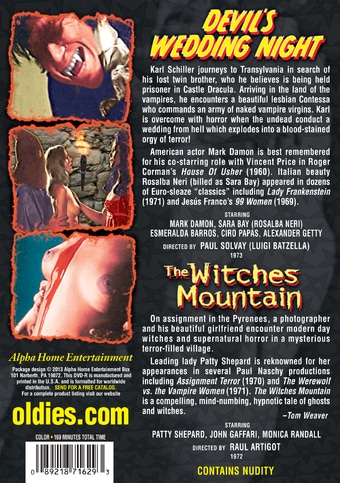 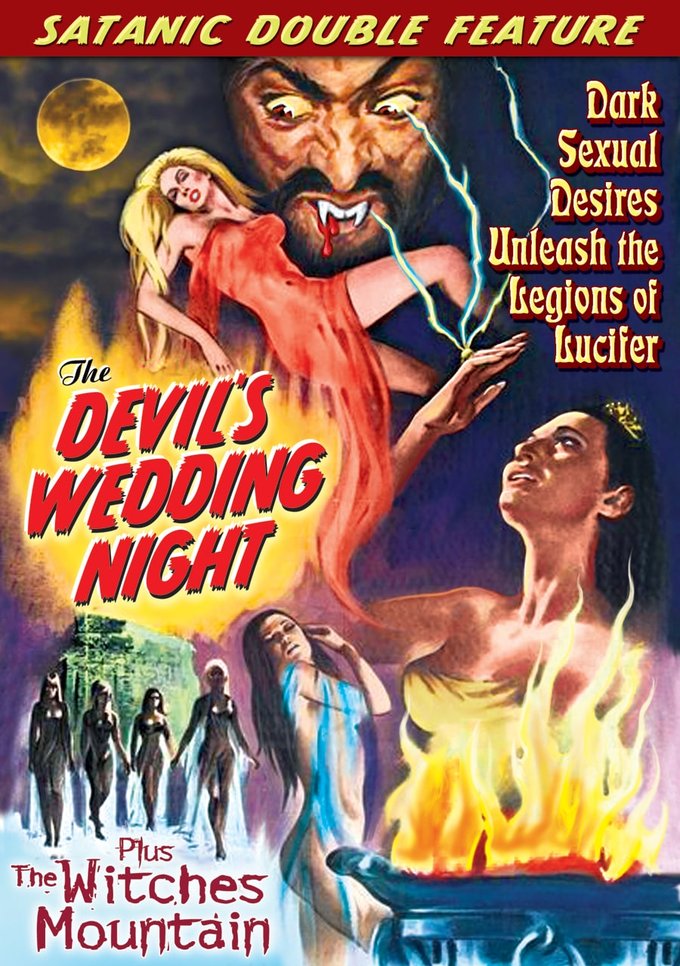 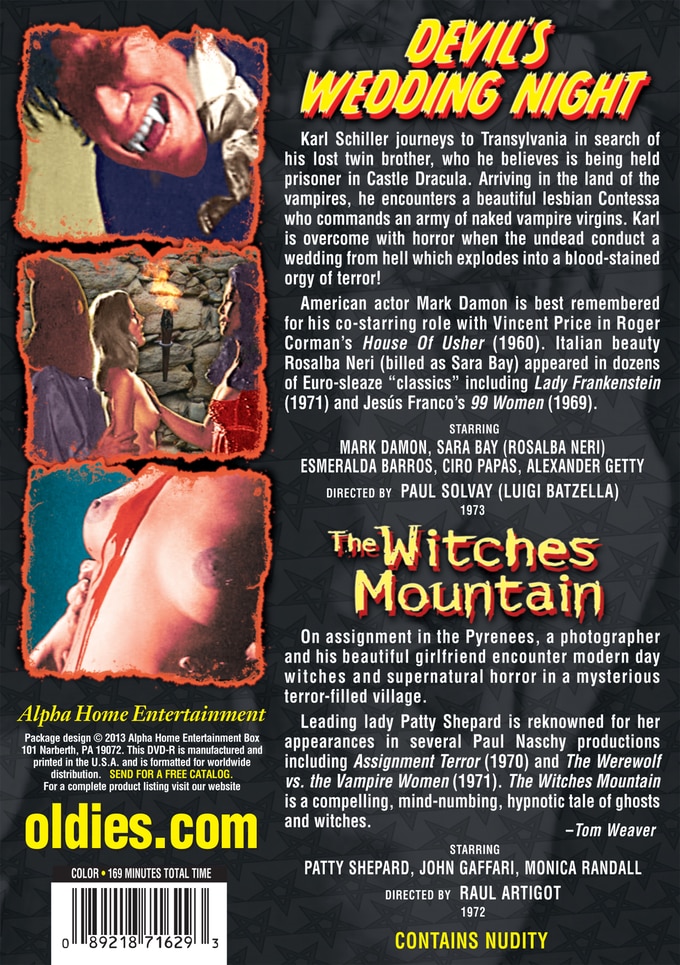 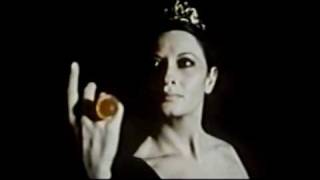 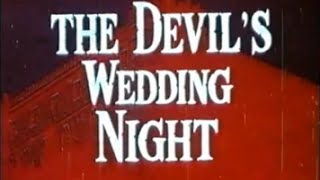 The Devils Wedding Night (1973, Color): Karl Schiller journeys to Transylvania in search of his lost twin brother, who he believes is being held prisoner in Castle Dracula. Arriving in the land of the vampires, he encounters a beautiful lesbian Contessa who commands an army of naked vampire virgins. Karl is overcome with horror when the undead conduct a wedding from hell which explodes into a blood-stained orgy of terror! American actor Mark Damon is best remembered for his co-starring role with Vincent Price in Roger Corman's House Of Usher (1960). Italian beauty Rosalba Neri (billed as Sara Bay) appeared in dozens of Euro-sleaze "classics" including Lady Frankenstein (1971) and Jesus Franco's 99 Women (1969). Starring Mark Damon, Sara Bay (Rosalba Neri), Esmeralda Barros, Ciro Papas, Alexander Getty; Directed by Paul Solvay (Luigi Batzella).

The Witches Mountain (1972, Color): On assignment in the Pyrenees, a photographer and his beautiful girlfriend encounter modern day witches and supernatural horror in a mysterious terror-filled village. Leading lady Patty Shepard is renowned for her appearances in several Paul Naschy productions including Assignment Terror (1970) and The Werewolf vs. the Vampire Women (1971). The Witches Mountain is a compelling, mind-numbing, hypnotic tale of ghosts and witches. Starring Patty Shepard, John Gaffari, Monica Randall; Directed by Raul Artigot.

The League of Extraordinary Gentlemen
$6 Super Savings
Add to Cart

Drive In Double Feature (Blood of the Vampire / The...
$14.20 Super Savings
Add to Cart