Reginald Denny plays an alcoholic ne'er do well who must win the California speed classic to get back his fortune in this politically incorrect silent comedy. 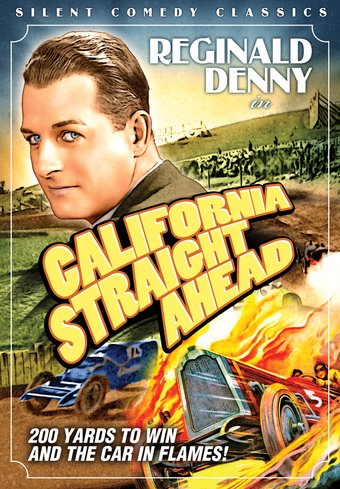 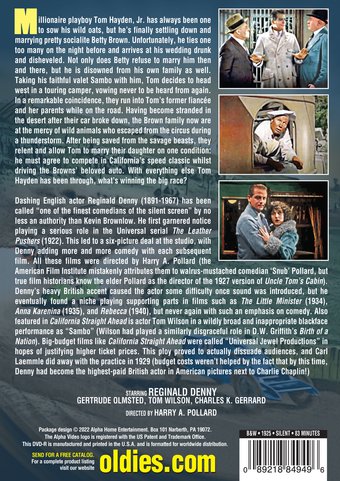 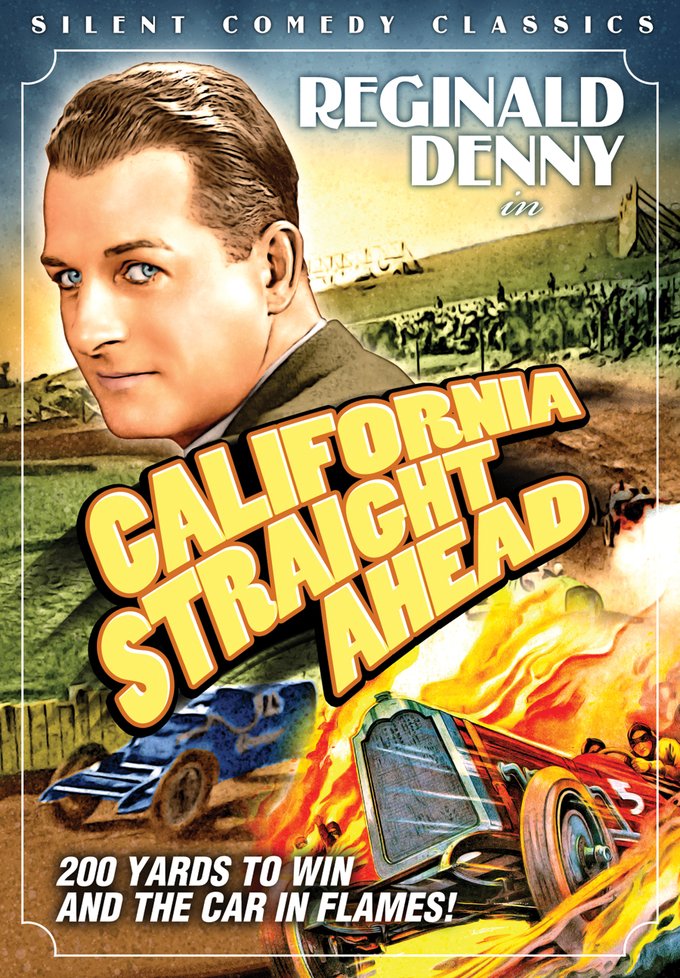 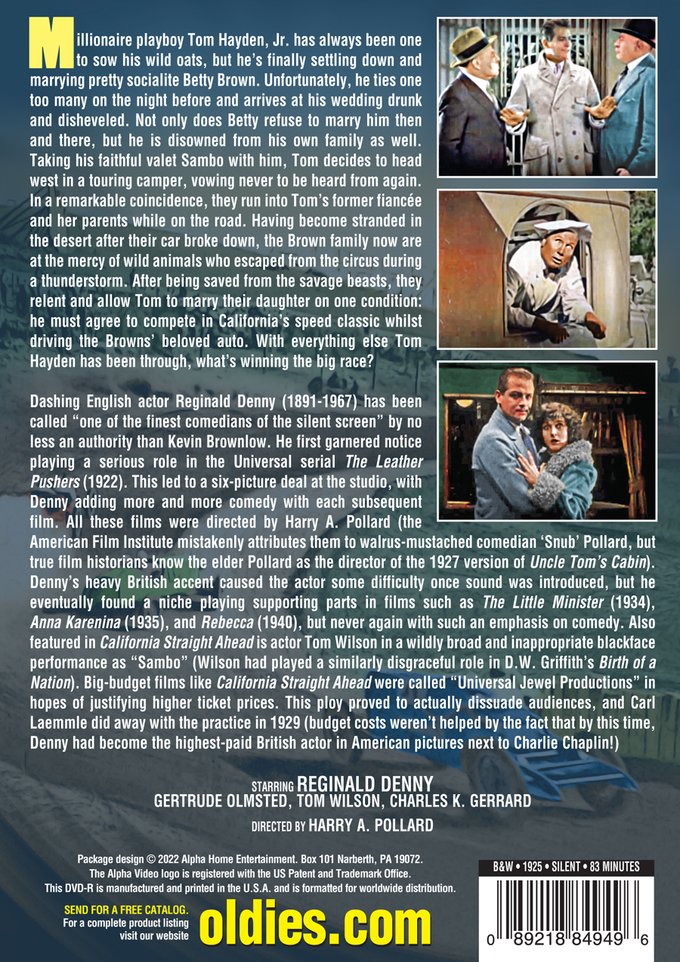 Millionaire playboy Tom Hayden, Jr. has always been one to sow his wild oats, but he's finally settling down and marrying pretty socialite Betty Brown. Unfortunately, he ties one too many on the night before and arrives at his wedding drunk and disheveled. Not only does Betty refuse to marry him then and there, but he is disowned from his own family as well. Taking his faithful valet Sambo with him, Tom decides to head west in a touring camper, vowing never to be heard from again. In a remarkable coincidence, they run into Tom's former fiancée and her parents while on the road. Having become stranded in the desert after their car broke down, the Brown family now are at the mercy of wild animals who escaped from the circus during a thunderstorm. After being saved from the savage beasts, they relent and allow Tom to marry their daughter on one condition: he must agree to compete in California's speed classic whilst driving the Browns' beloved auto. With everything else Tom Hayden has been through, what's winning the big race?

Dashing English actor Reginald Denny (1891-1967) has been called "one of the finest comedians of the silent screen" by no less an authority than Kevin Brownlow. He first garnered notice playing a serious role in the Universal serial The Leather Pushers (1922). This led to a six-picture deal at the studio, with Denny adding more and more comedy with each subsequent film. All these films were directed by Harry A. Pollard (the American Film Institute mistakenly attributes them to walrus-mustached comedian 'Snub' Pollard, but true film historians know the elder Pollard as the director of the 1927 version of Uncle Tom's Cabin.) Denny's heavy British accent caused the actor some difficulty once sound was introduced, but he eventually found a niche playing supporting parts in films such as The Little Minister (1934), Anna Karenina (1935), and Rebecca (1940), but never again with such an emphasis on comedy. Also featured in California Straight Ahead is actor Tom Wilson in a wildly broad and inappropriate blackface performance as "Sambo" (Wilson had played a similarly disgraceful role in D.W. Griffith's Birth of a Nation.) Big-budget films like California Straight Ahead were called "Universal Jewel Productions" in hopes of justifying higher ticket prices. This ploy proved to actually dissuade audiences, and Carl Laemmle did away with the practice in 1929 (budget costs weren't helped by the fact that by this time, Denny had become the highest-paid British actor in American pictures next to Charlie Chaplin!)

The Girl Next Door (Unrated)
$6 Super Savings
Add to Cart