Oliver Hardy, Louise Fazenda, and Charlie Chaplin imitator Billy West are among the stars in this collection of rare two-reel silent comedies. 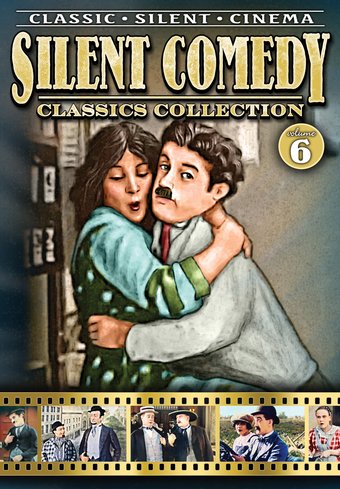 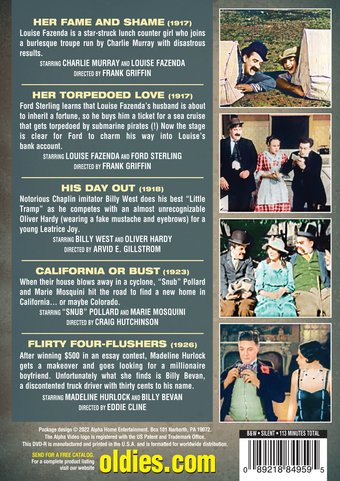 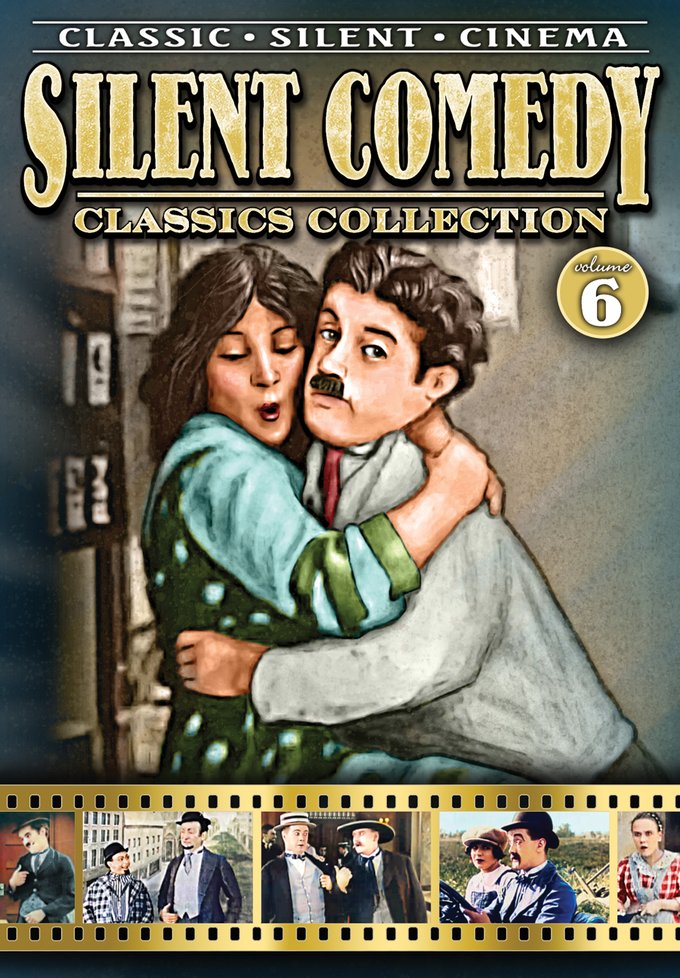 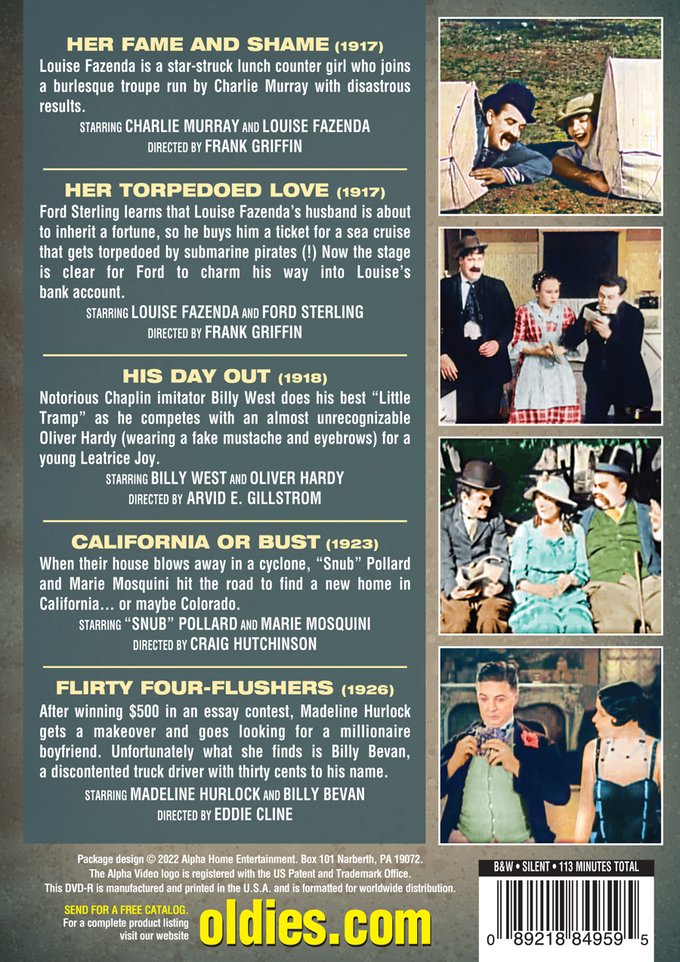 HER FAME AND SHAME (1917): Louise Fazenda is a star-struck lunch counter girl who joins a burlesque troupe run by Charlie Murray with disastrous results.

HER TORPEDOED LOVE (1917): Ford Sterling learns that Louise Fazenda's husband is about to inherit a fortune, so he buys him a ticket for a sea cruise that gets torpedoed by submarine pirates (!) Now the stage is clear for Ford to charm his way into Louise's bank account.

HIS DAY OUT (1918): Notorious Chaplin imitator Billy West does his best 'Little Tramp' as he competes with an almost unrecognizable Oliver Hardy (wearing a fake mustache and eyebrows) for a young Leatrice Joy.

CALIFORNIA OR BUST (1923): When their house blows away in a cyclone, "Snub" Pollard and Marie Mosquini hit the road to find a new home in California…or maybe Colorado.

FLIRTY FOUR-FLUSHERS (1926): After winning $500 in an essay contest, Madeline Hurlock gets a makeover and goes looking for a millionaire boyfriend. Unfortunately what she finds is Billy Bevan, a discontented truck driver with thirty cents to his name.