It's the Old Army Game (Silent)

W.C. Fields officially started his movie career with this tale of a small-town druggist who gets involved in a get-rich-quick scheme, co-starring a luminescent Louise Brooks. 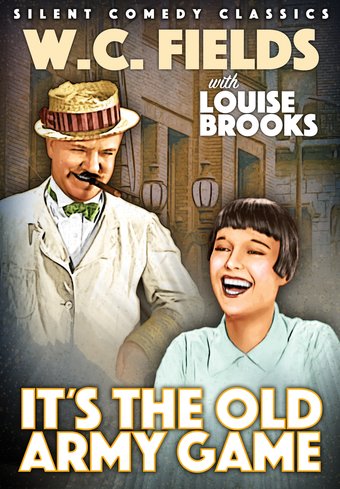 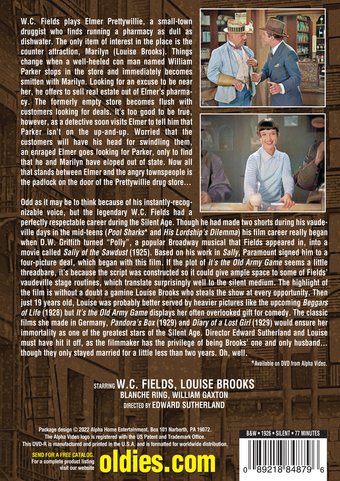 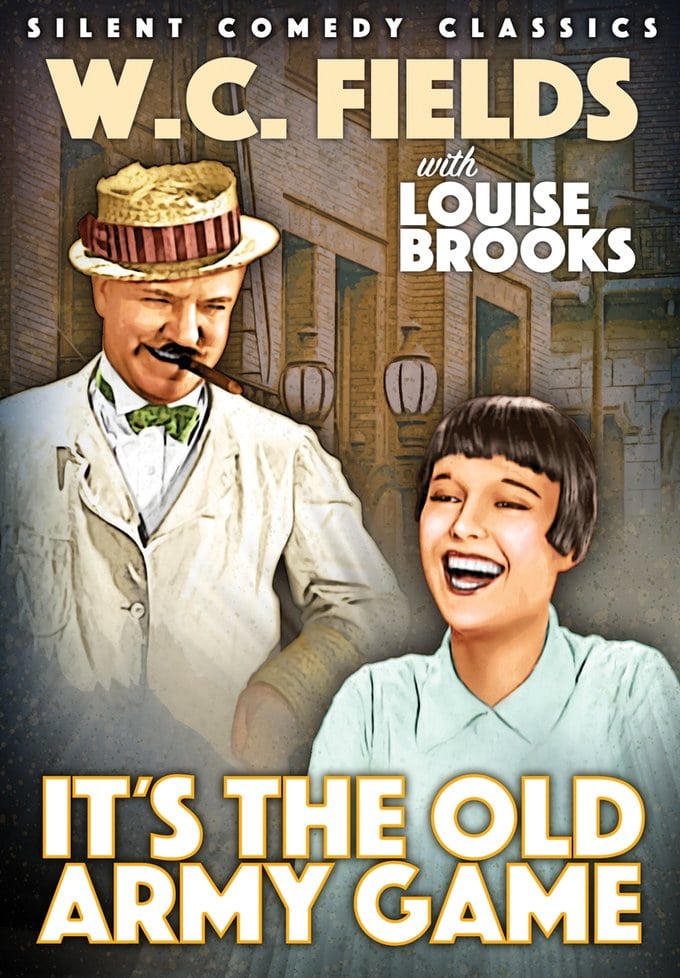 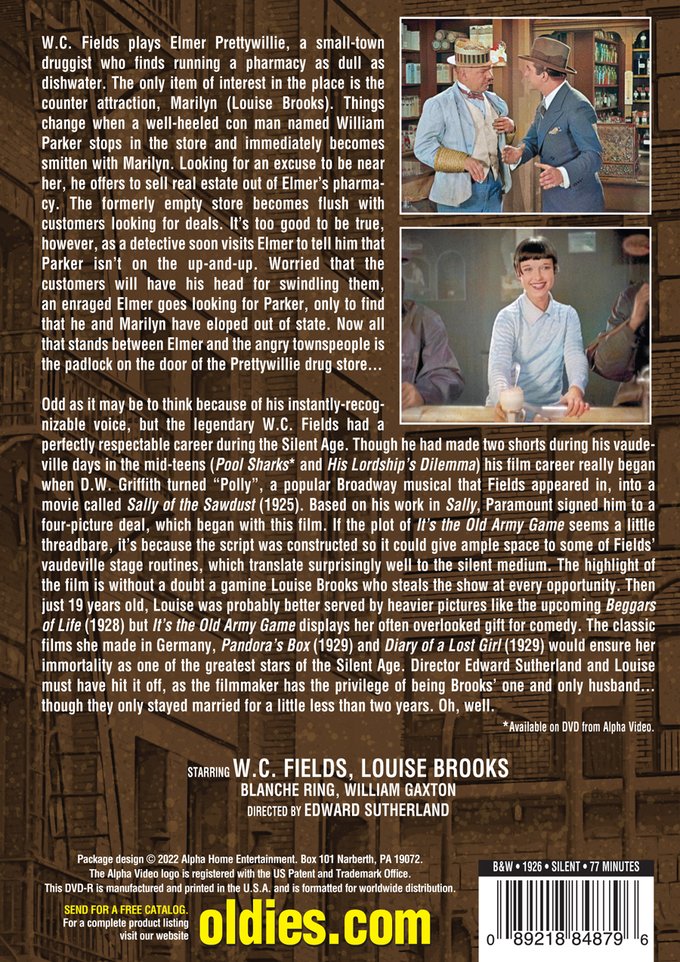 W.C. Fields plays Elmer Prettywillie, a small-town druggist who finds running a pharmacy as dull as dishwater. The only item of interest in the place is the counter attraction, Marilyn (Louise Brooks.) Things change when a well-heeled con man named William Parker stops in the store and immediately becomes smitten with Marilyn. Looking for an excuse to be near her, he offers to sell real estate out of Elmer's pharmacy. The formerly empty store becomes flush with customers looking for deals. It's too good to be true, however, as a detective soon visits Elmer to tell him that Parker isn't on the up-and-up. Worried that the customers will have his head for swindling them, an enraged Elmer goes looking for Parker, only to find that he and Marilyn have eloped out of state. Now all that stands between Elmer and the angry townspeople is the padlock on the door of the Prettywillie drug store...

Odd as it may be to think because of his instantly-recognizable voice, but the legendary W.C. Fields had a perfectly respectable career during the Silent Age. Though he had made two shorts during his vaudeville days in the mid-teens (Pool Sharks and His Lordship's Dilemma) his film career really began when D.W. Griffith turned "Polly", a popular Broadway musical that Fields appeared in, into a movie called Sally of the Sawdust (1925). Based on his work in Sally, Paramount signed him to a four-picture deal, which began with this film. If the plot of It's the Old Army Game seems a little threadbare, it's because the script was constructed so it could give ample space to some of Fields' vaudeville stage routines, which translate surprisingly well to the silent medium. The highlight of the film is without a doubt a gamine Louise Brooks who steals the show at every opportunity. Then just 19 years old, Louise was probably better served by heavier pictures like the upcoming Beggars of Life (1928) but It's the Old Army Game displays her often overlooked gift for comedy. The classic films she made in Germany, Pandora's Box (1929) and Diary of a Lost Girl (1929) would ensure her immortality as one of the greatest stars of the Silent Age. Director Edward Sutherland and Louise must have hit it off, as the filmmaker has the privilege of being Brooks' one and only husband... though they only stayed married for a little less than two years. Oh, well.