Helen Holmes stars as a quick-witted heroine, prone to getting in and out of trouble, in seven episodes of this long-running silent adventure series. 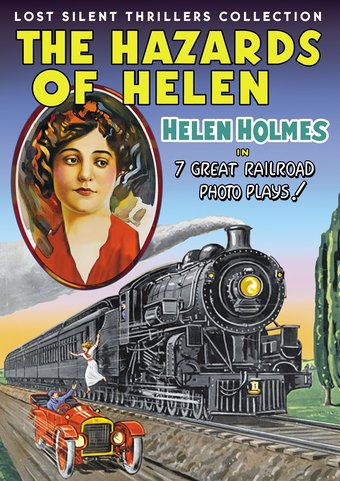 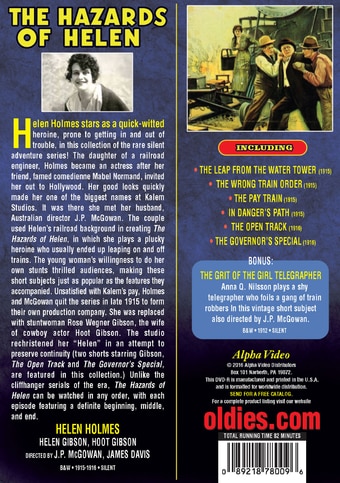 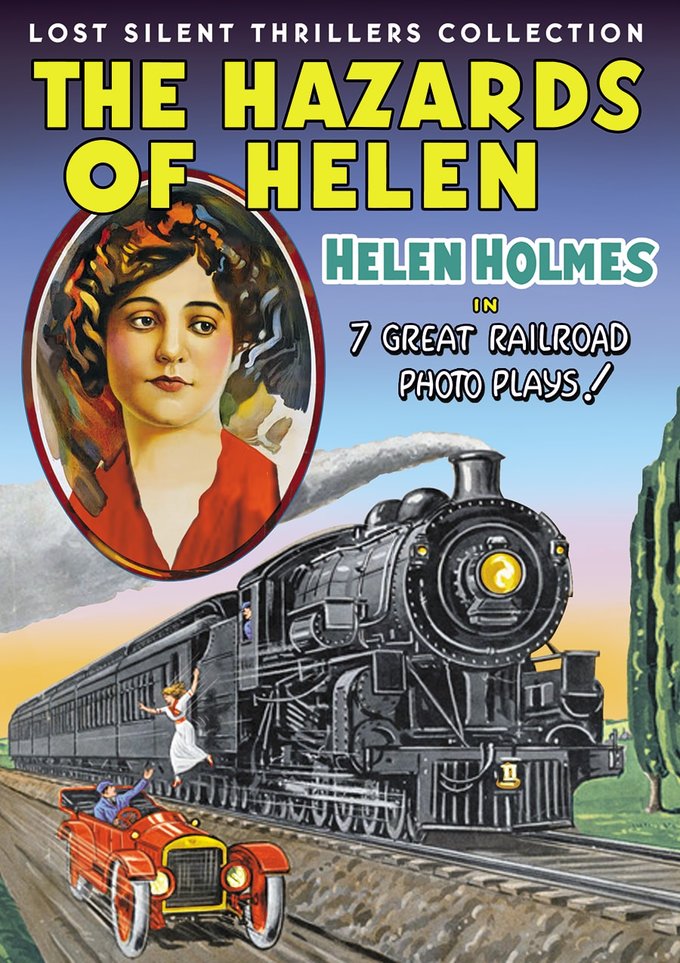 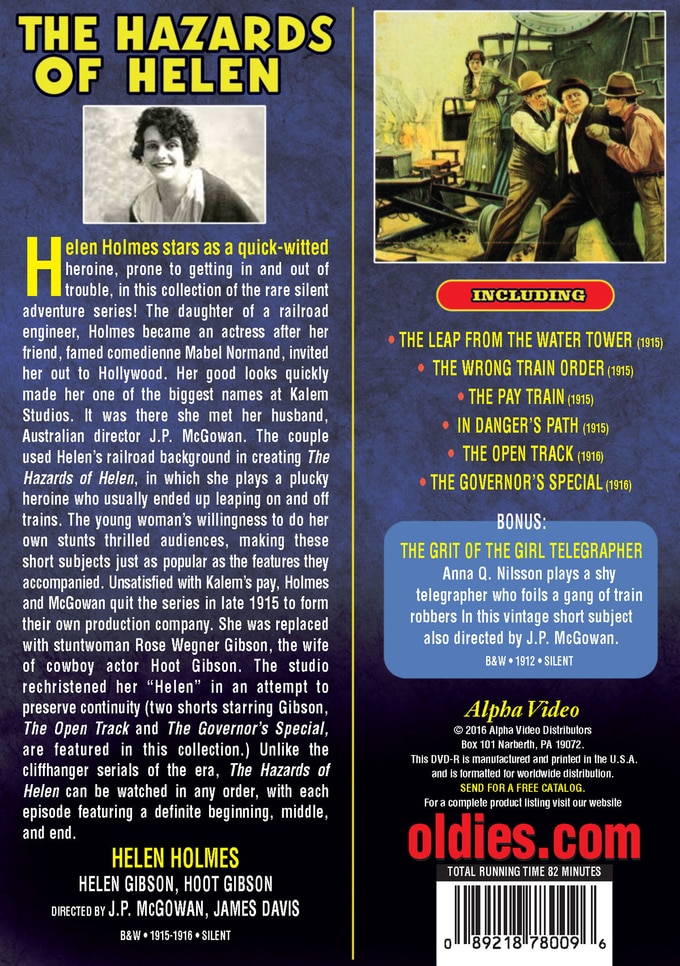 Helen Holmes stars as a quick-witted heroine, prone to getting in and out of trouble, in this collection of the rare silent adventure series! The daughter of a railroad engineer, Holmes became an actress after her friend, famed comedienne Mabel Normand, invited her out to Hollywood. Her good looks quickly made her one of the biggest names at Kalem Studios. It was there she met her husband, Australian director J.P. McGowan. The couple used Helen's railroad background in creating The Hazards of Helen, in which she plays a plucky heroine who usually ended up leaping on and off trains. The young woman's willingness to do her own stunts thrilled audiences, making these short subjects just as popular as the features they accompanied. Unsatisfied with Kalem's pay, Holmes and McGowan quit the series in late 1915 to form their own production company. She was replaced with stuntwoman Rose Wegner Gibson, the wife of cowboy actor Hoot Gibson. The studio rechristened her "Helen" in an attempt to preserve continuity (two shorts starring Gibson, The Open Track and The Governor's Special, are featured in this collection.) Unlike the cliffhanger serials of the era, The Hazards of Helen can be watched in any order, with each episode featuring a definite beginning, middle, and end.

BONUS: The Grit Of The Girl Telegrapher (B&W, 1912, SILENT): Anna Q. Nilsson plays a shy telegrapher who foils a gang of train robbers In this vintage short subject also directed by J.P. McGowan.