Lee Van Cleef plays a retired safecraker lured out of retirement for one last job in this taut action thriller shot in New York City. 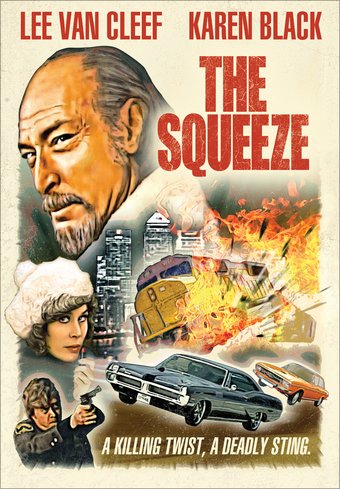 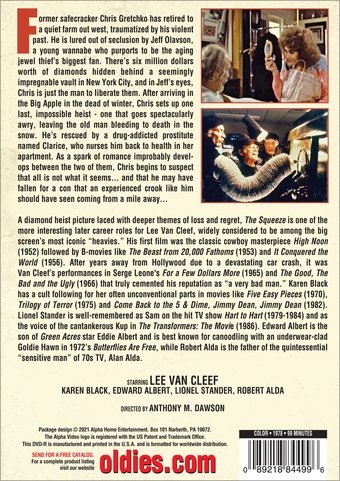 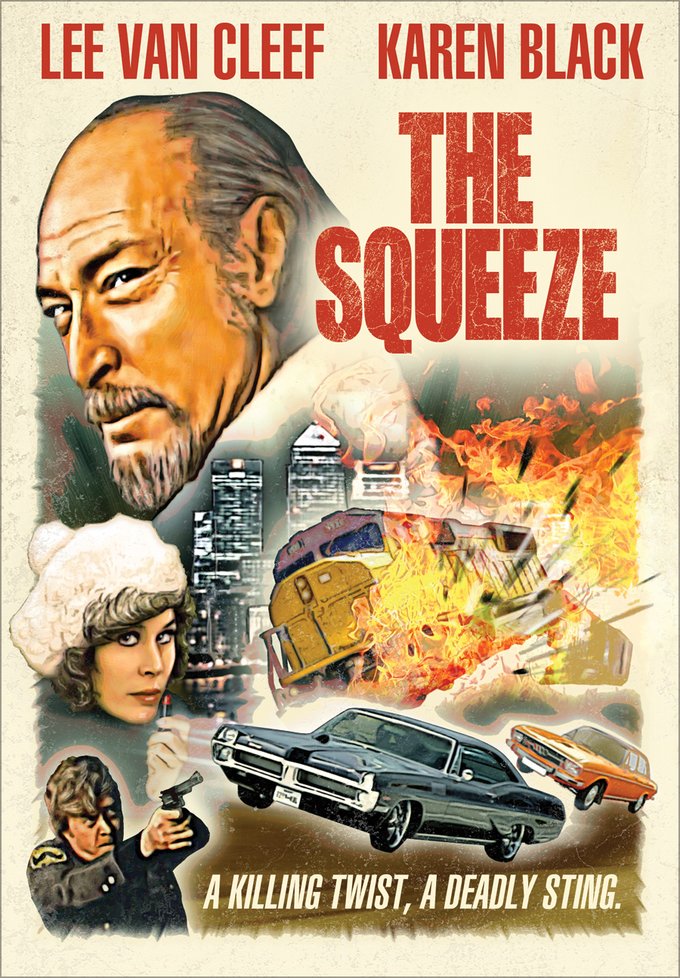 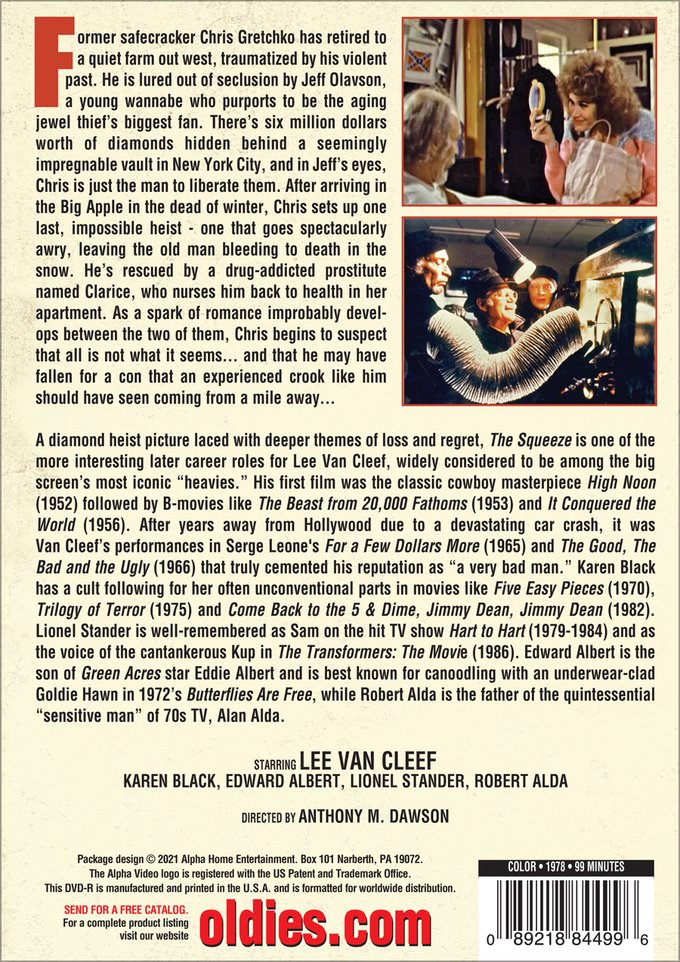 Former safecracker Chris Gretchko has retired to a quiet farm out west, traumatized by his violent past. He is lured out of seclusion by Jeff Olavson, a young wannabe who purports to be the aging jewel thief's biggest fan. There's six million dollars worth of diamonds hidden behind a seemingly impregnable vault in New York City, and in Jeff's eyes, Chris is just the man to liberate them. After arriving in the Big Apple in the dead of winter, Chris sets up one last, impossible heist - one that goes spectacularly awry, leaving the old man bleeding to death in the snow. He's rescued by a drug-addicted prostitute named Clarice, who nurses him back to health in her apartment. As a spark of romance improbably develops between the two of them, Chris begins to suspect that all is not what it seems...and that he may have fallen for a con that an experienced crook like him should have seen coming from a mile away...

A diamond heist picture laced with deeper themes of loss and regret, The Squeeze is one of the more interesting later career roles for Lee Van Cleef, widely considered to be among the big screen's most iconic "heavies." His first film was the classic cowboy masterpiece High Noon (1952) followed by B-movies like The Beast from 20,000 Fathoms (1953) and It Conquered the World (1956) After years away from Hollywood due to a devastating car crash, it was Van Cleef's performances in Serge Leone's For a Few Dollars More (1965) and The Good, The Bad and the Ugly (1966) that truly cemented his reputation as "a very bad man." Karen Black has a cult following for her often unconventional parts in movies like Five Easy Pieces (1970), Trilogy of Terror (1975) and Come Back to the 5 & Dime, Jimmy Dean, Jimmy Dean (1982). Lionel Stander is well-remembered as Sam on the hit TV show Hart to Hart (1979-1984) and as the voice of the cantankerous Kup in The Transformers: The Movie (1986). Edward Albert is the son of Green Acres star Eddie Albert and is best known for canoodling with an underwear-clad Goldie Hawn in 1972's Butterflies Are Free, while Robert Alda is the father of the quintessential "sensitive man" of 70s TV, Alan Alda.

Sherlock Holmes: A Game of Shadows (Blu-ray)
$10
Add to Cart

An American Werewolf in London
$14.50
Add to Cart

The Big Lebowski
$10
Add to Cart