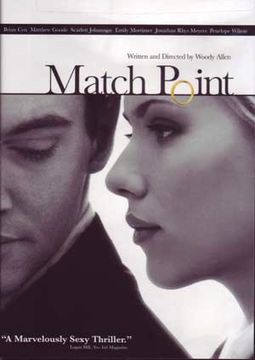 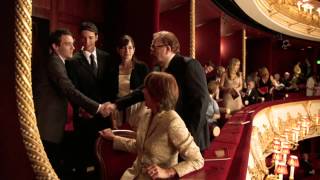 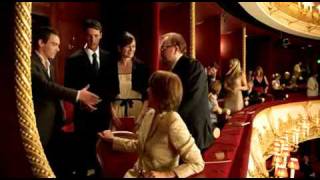 For the first time in his long career, writer-director Woody Allen takes his cast and crew to London, and the European location breathes new life into the normally Manhattan-centric auteur. Jonathan Rhys Meyers stars as Chris Wilton, a former pro on the world tennis circuit who now has his eyes set on a very different kind of prize. After meeting Tom Hewett (Matthew Goode) at an exclusive club, he becomes friendly with Tom's extremely wealthy family, including his powerful businessman father, Alec (Brian Cox) and his attractive sister, Chloe (Emily Mortimer), who is desperate to get married and have children. The only problem is that Chris has fallen hard and fast for Tom's fiancée, the steaming-hot Nola (Scarlett Johansson), an unsuccessful American actress from Colorado who just might share Chris's lustful feelings--a romantic entanglement that could get in the way of his master plan. As he does with his New York-set films, Allen includes many London landmarks, including the Tate Modern, the Royal Opera House, the Queen's Club, St. James Park, the Millennium Bridge, the Palace Theatre, and the so-called Gherkin building, with its marvelous views of the city. He gets splendid performances from his actors, especially Rhys Meyers, who plays Chris with an intense glower, and Johansson, who is brilliant as the sexy, confident femme fatale. Allen is also inspired by Alfred Hitchcock, with several references and homages to the work of the great British director. The soundtrack features songs from LA TRAVIATA, RIGOLETTO, OTELLO, MACBETH, SALVATOR ROSA, IL TROVATORE, and other operas, primarily sung by Enrico Caruso.