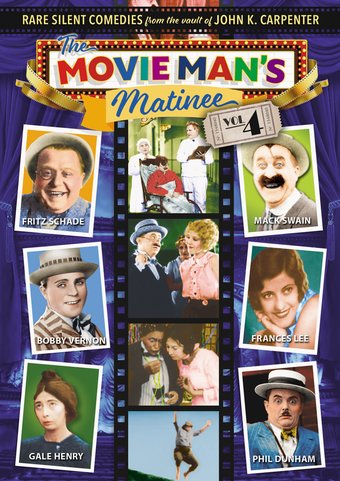 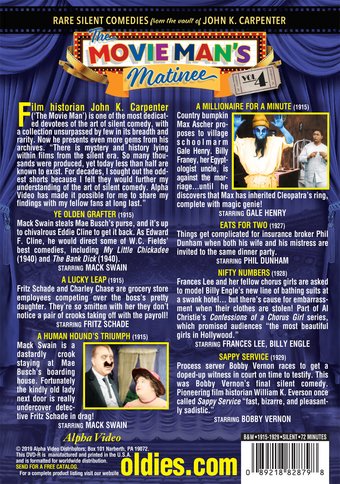 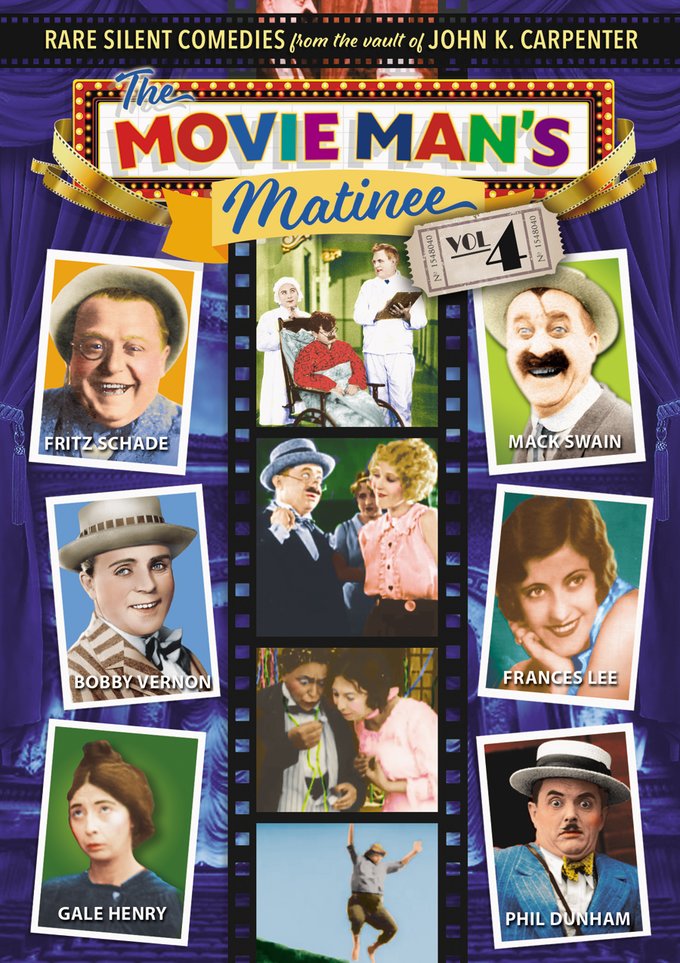 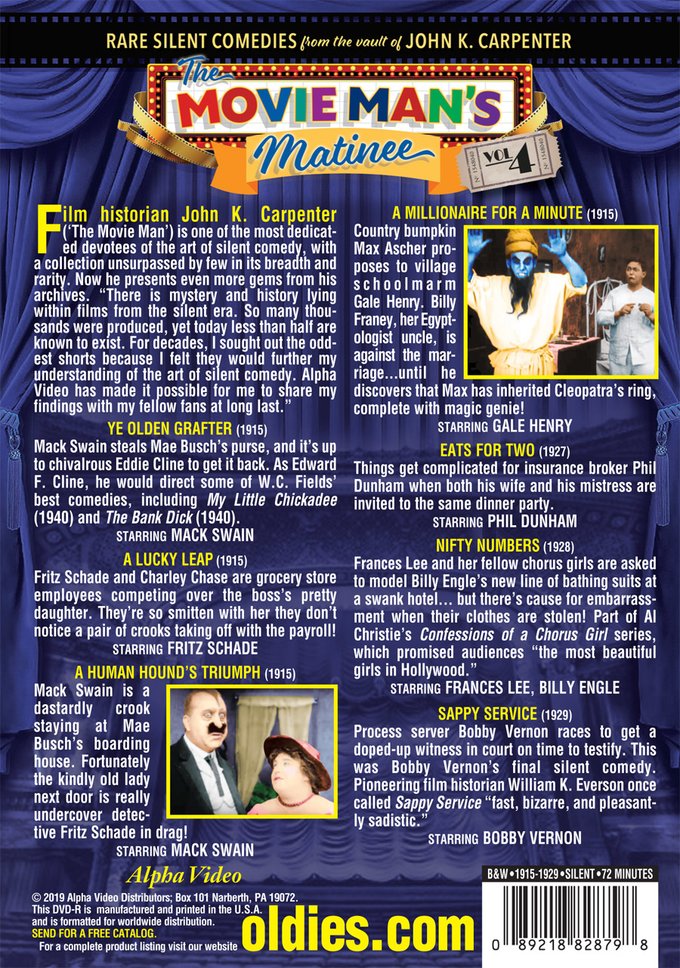 Film historian John K. Carpenter ('The Movie Man') is one of the most dedicated devotees of the art of silent comedy, with a collection unsurpassed by few in its breadth and rarity. Now he presents even more gems from his archives. "There is mystery and history lying within films from the silent era. So many thousands were produced, yet today less than half are known to exist. For decades, I sought out the oddest shorts because I felt they would further my understanding of the art of silent comedy. Alpha Video has made it possible for me to share my findings with my fellow fans at long last."

YE OLDEN GRAFTER (1915): Mack Swain steals Mae Busch's purse, and it's up to chivalrous Eddie Cline to get it back. As Edward F. Cline, he would direct some of W.C. Fields' best comedies, including My Little Chickadee (1940) and The Bank Dick (1940).

A LUCKY LEAP (1915): Fritz Schade and Charley Chase are grocery store employees competing over the boss's pretty daughter. They're so smitten with her they don't notice a pair of crooks taking off with the payroll!

A MILLIONAIRE FOR A MINUTE (1915): Country bumpkin Max Ascher proposes to village schoolmarm Gale Henry. Billy Franey, her Egyptologist uncle, is against the marriage...until he discovers that Max has inherited Cleopatra's ring, complete with magic genie!

EATS FOR TWO (1927): Things get complicated for insurance broker Phil Dunham when both his wife and his mistress are invited to the same dinner party.

NIFTY NUMBERS (1928): Frances Lee and her fellow chorus girls are asked to model Billy Engle's new line of bathing suits at a swank hotel...but there's cause for embarrassment when their clothes are stolen! Part of Al Christie's Confessions of a Chorus Girl series, which promised audiences "the most beautiful girls in Hollywood."