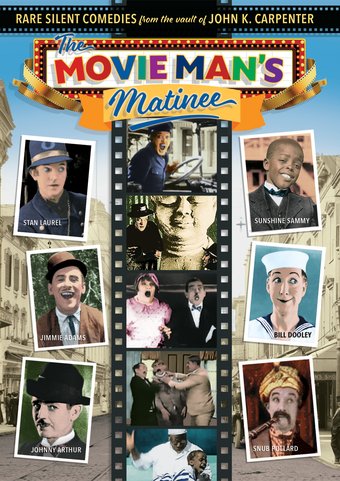 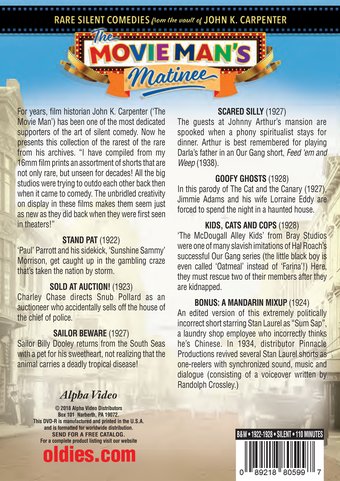 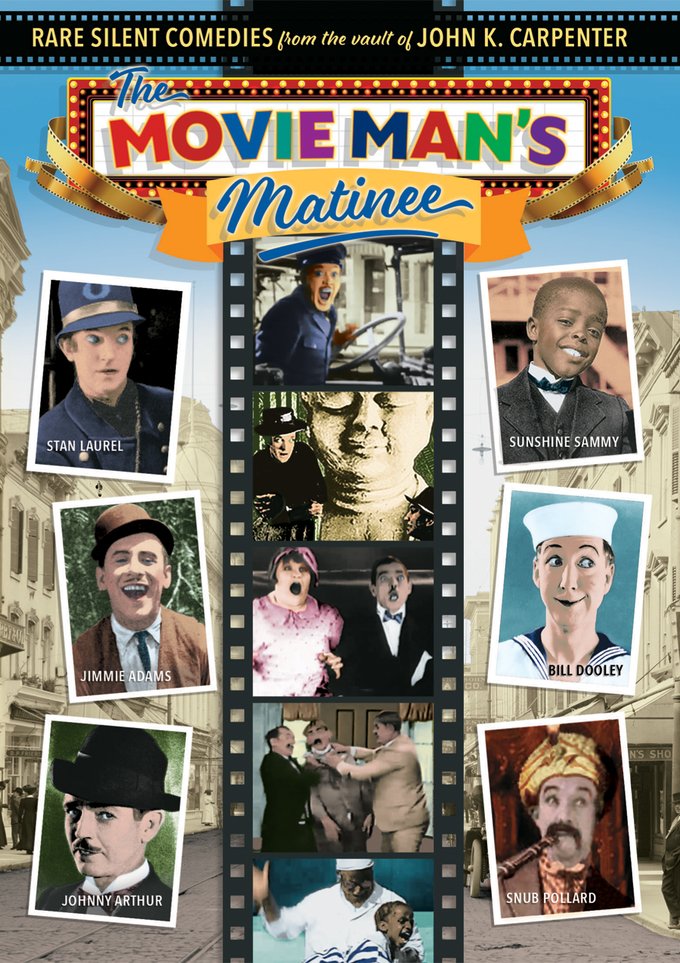 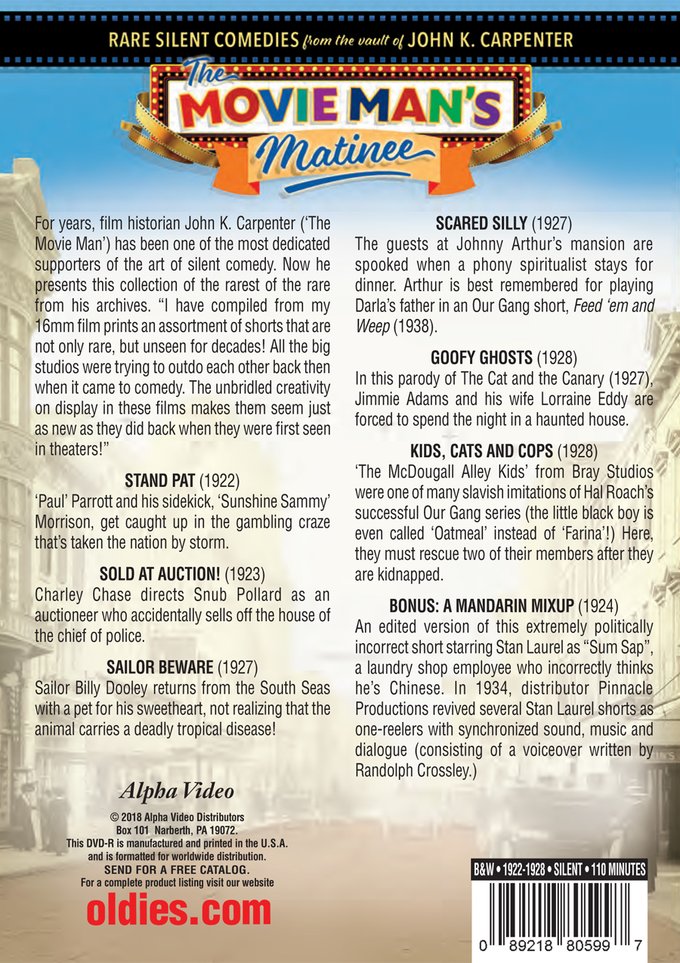 For years, film historian John K. Carpenter (‘The Movie Man') has been one of the most dedicated supporters of the art of silent comedy. Now he presents this collection of the rarest of the rare from his archives. "I have compiled from my 16mm film prints an assortment of shorts that are not only rare, but unseen for decades! All the big studios were trying to outdo each other back then when it came to comedy. The unbridled creativity on display in these films makes them seem just as new as they did back when they were first seen in theaters!"

STAND PAT (1922): ‘Paul' Parrott and his sidekick, ‘Sunshine Sammy' Morrison, get caught up in the gambling craze that's taken the nation by storm.

SOLD AT AUCTION! (1923): Charley Chase directs Snub Pollard as an auctioneer who accidentally sells off the house of the chief of police.

SAILOR BEWARE (1927): Sailor Billy Dooley returns from the South Seas with a pet for his sweetheart, not realizing that the animal carries a deadly tropical disease!

SCARED SILLY (1927): The guests at Johnny Arthur's mansion are spooked when a phony spiritualist stays for dinner. Arthur is best remembered for playing Darla's father in an Our Gang short, Feed ‘em and Weep (1938).

GOOFY GHOSTS (1928): In this parody of The Cat and the Canary (1927), Jimmie Adams and his wife Lorraine Eddy are forced to spend the night in a haunted house.

KIDS, CATS AND COPS (1928): ‘The McDougall Alley Kids' from Bray Studios were one of many slavish imitations of Hal Roach's successful Our Gang series (the little black boy is even called ‘Oatmeal' instead of ‘Farina'!) Here, they must rescue two of their members after they are kidnapped.