Out of the Inkwell (Silent) 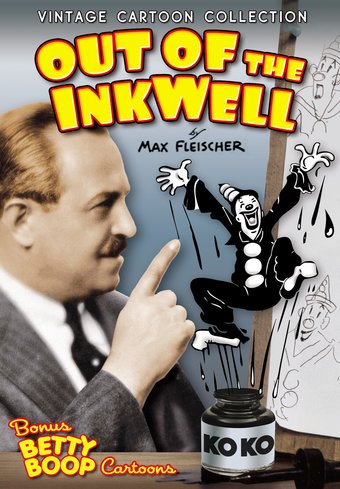 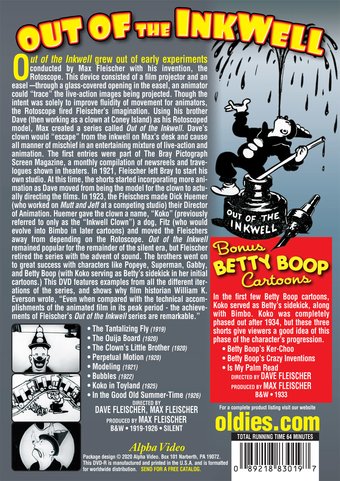 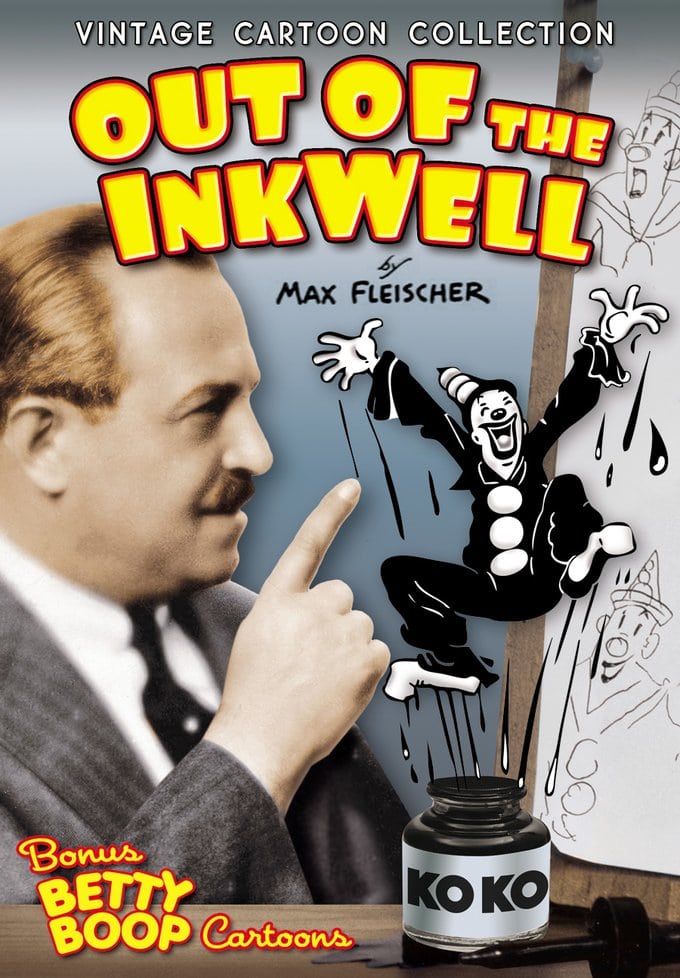 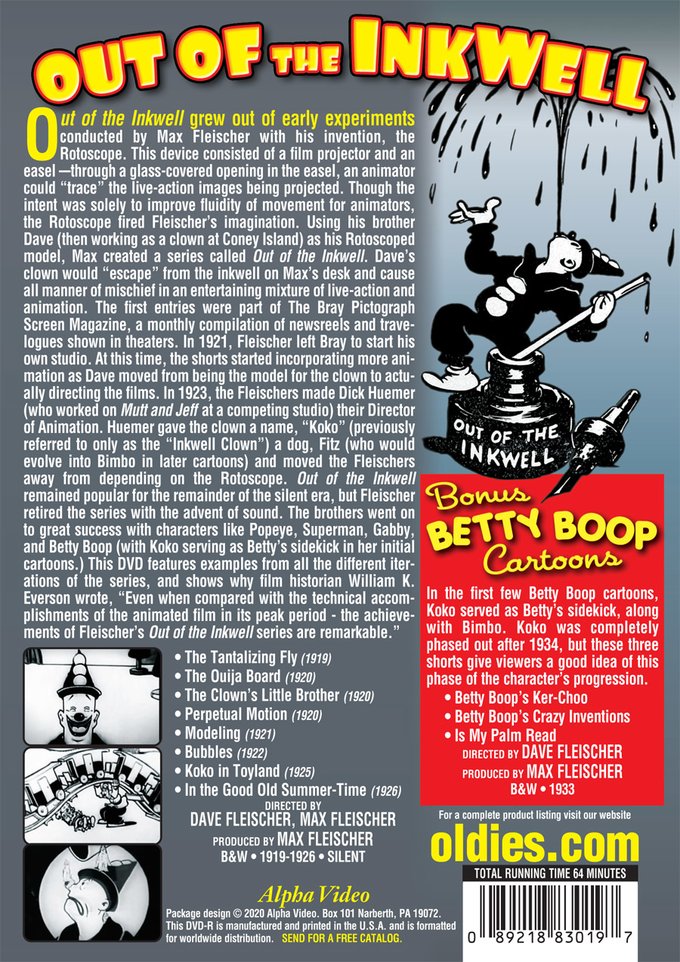 Out of the Inkwell grew out of early experiments conducted by Max Fleischer with his invention, the Rotoscope. This was a device that consisted of a film projector and an easel - through a glass-covered opening in the easel, an animator could "trace" the live-action images being projected. Though the intent was solely to improve fluidity of movement for animators, the Rotoscope fired Fleischer's imagination. Using his brother Dave (then working as a clown at Coney Island) as his Rotoscoped model, Max created a series called Out of the Inkwell. Dave's clown would "escape" from the inkwell on Max's desk and cause all manner of mischief and mayhem in an entertaining mixture of live-action and animation. The first entries were part of The Bray Pictograph Screen Magazine, a monthly compilation of newsreels and travelogues that was shown in theaters before the main feature. In 1921, Fleischer left Bray to start his own studio, taking the clown and Out of the Inkwell with him. At the same time, the shorts started incorporating more animation as Dave moved from being the model for the clown to actually directing the films. In 1923, the Fleischers made Dick Huemer (who worked on Mutt and Jeff for a competing studio) their Director of Animation. Huemer gave the clown a name, "Koko" (previously he had been referred to only as the "Inkwell Clown") a dog, Fitz (who would evolve into Bimbo in later cartoons) and moved the Fleischers away from depending on the Rotoscope. Out of the Inkwell remained popular for the remainder of the silent era, but Fleischer retired the series with the advent of sound. The brothers went on to great success with characters like Popeye, Superman, Gabby, and Betty Boop (with Koko serving as Betty's sidekick in her initial cartoons.) Stuart Productions released the Out of the Inkwell shorts to television in 1950, introducing a new generation of children to Koko the Clown and "Uncle Max." This DVD features examples from all the different iterations of the series, and shows why film historian William K. Everson once wrote, "Even when compared with the technical accomplishments of the animated film in its peak period - the achievements of Fleischer's Out of the Inkwell series are remarkable."

BONUS BETTY BOOP CARTOONS: In the first few Betty Boop cartoons, Koko served as Betty's sidekick, along with Bimbo. Koko was completely phased out after 1934, but these three shorts give viewers a good idea of this phase of the character's progression.