Cowboys, gangsters, and Indian princes compete for priceless artifacts in all 10 chapters of this exciting serial. 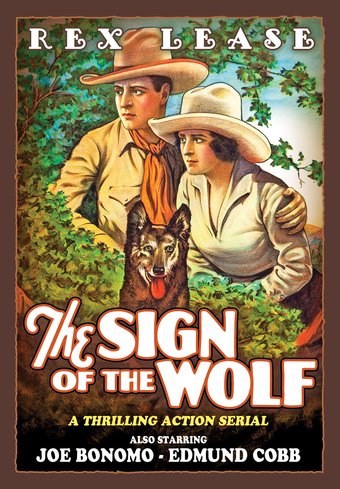 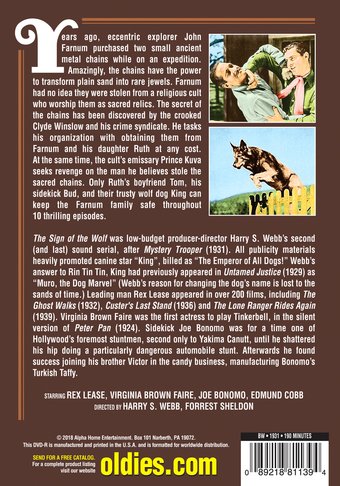 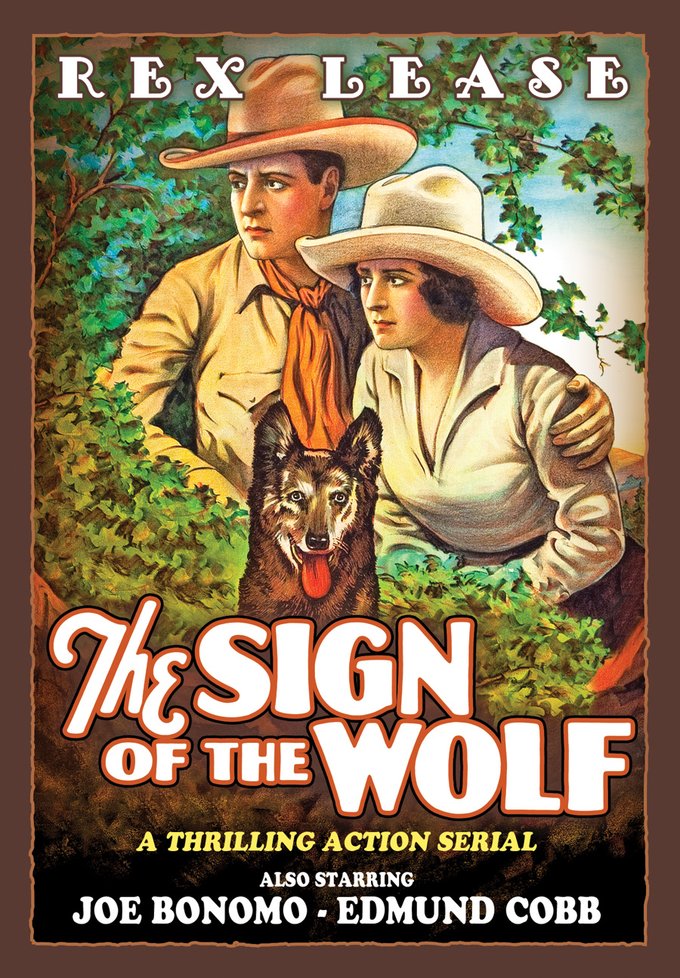 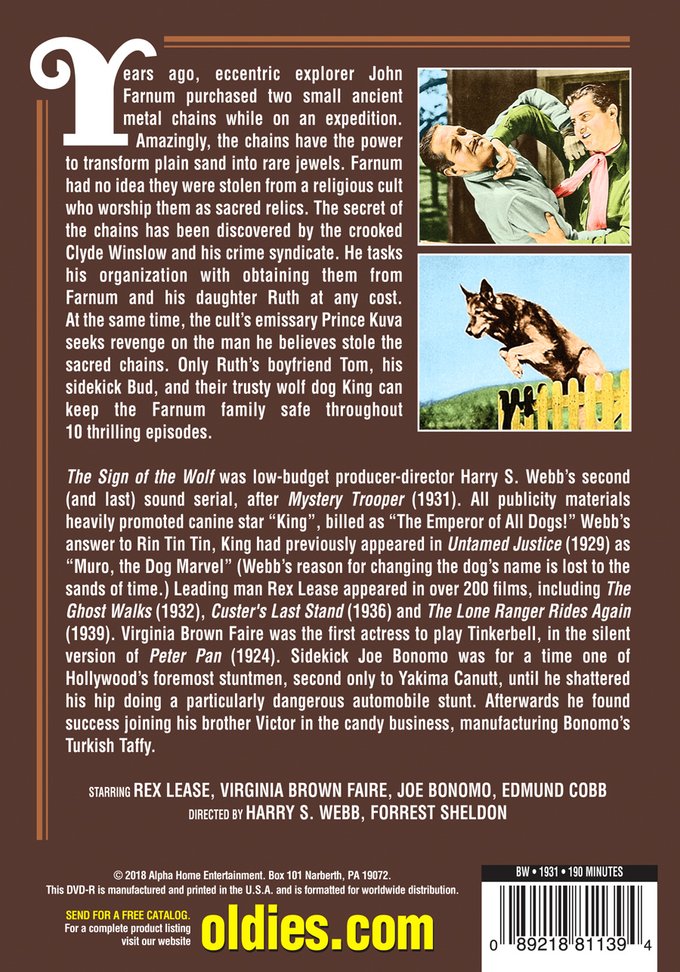 Years ago, eccentric explorer John Farnum purchased two small ancient metal chains while on an expedition. Amazingly, the chains have the power to transform plain sand into rare jewels. Farnum had no idea they were stolen from a religious cult who worship them as sacred relics. The secret of the chains has been discovered by the crooked Clyde Winslow and his crime syndicate. He tasks his organization with obtaining them from Farnum and his daughter Ruth at any cost. At the same time, the cult's emissary Prince Kuva seeks revenge on the man he believes stole the sacred chains. Only Ruth's boyfriend Tom, his sidekick Bud, and their trusty wolf dog King can keep the Farnum family safe throughout 10 thrilling episodes.

The Sign of the Wolf was low-budget producer-director Harry S. Webb's second (and last) sound serial, after Mystery Trooper (1931). All publicity materials heavily promoted canine star "King", billed as "The Emperor of All Dogs!" Webb's answer to Rin Tin Tin, King had previously appeared in Untamed Justice (1929) as "Muro, the Dog Marvel" (Webb's reason for changing the dog's name is lost to the sands of time.) Leading man Rex Lease appeared in over 200 films, including The Ghost Walks (1932), Custer's Last Stand (1936) and The Lone Ranger Rides Again (1939). Virginia Brown Faire was the first actress to play Tinkerbell, in the silent version of Peter Pan (1924). Sidekick Joe Bonomo was for a time one of Hollywood's foremost stuntmen, second only to Yakima Canutt, until he shattered his hip doing a particularly dangerous automobile stunt. Afterwards he found success joining his brother Victor in the candy business, manufacturing Bonomo's Turkish Taffy.