Phantom of the West

The League of Lawless harbors a deadly criminal known only as the "Phantom." 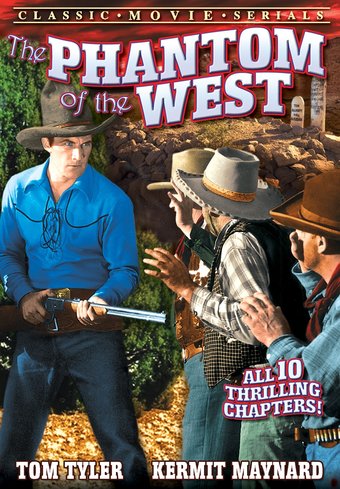 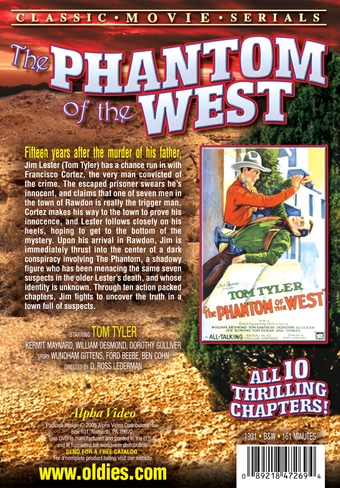 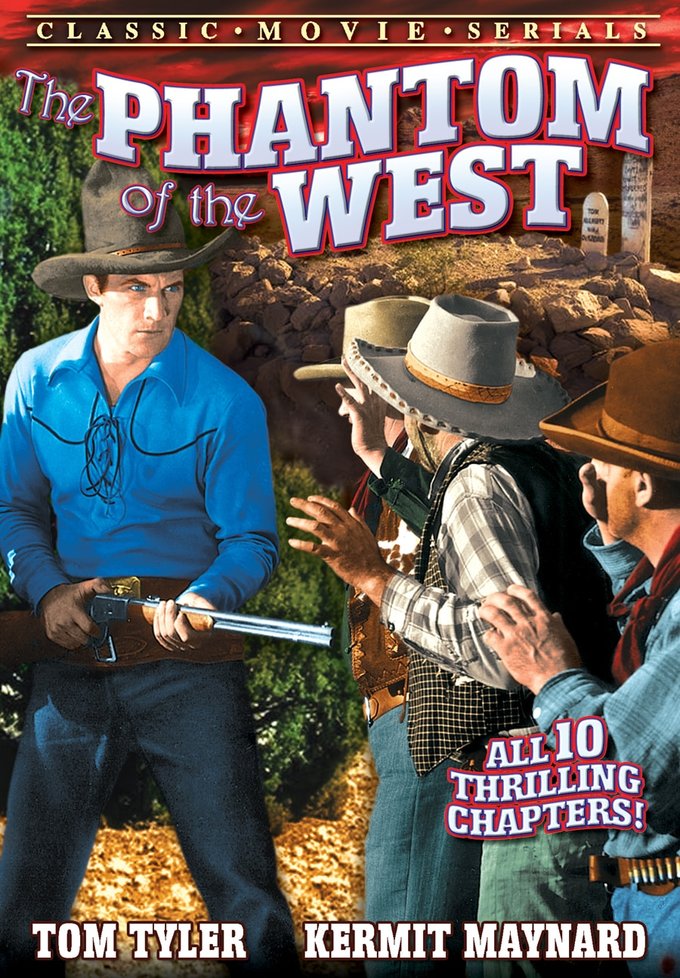 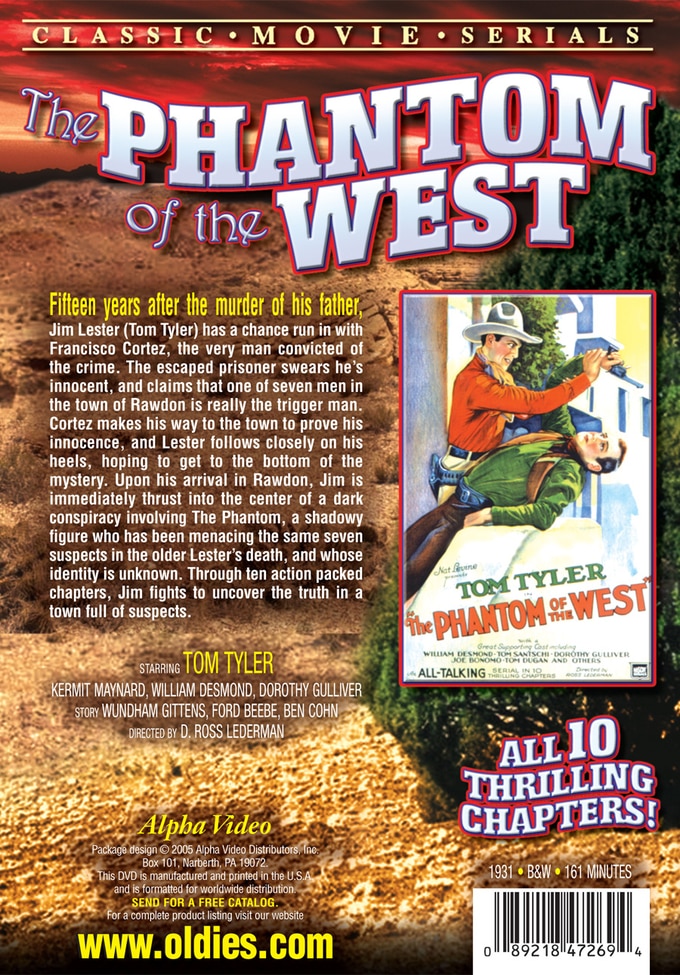 Fifteen years after the murder of his father, Jim Lester (Tom Tyler) has a chance run in with Francisco Cortez, the very man convicted of the crime. The escaped prisoner swears he's innocent, and claims that one of seven men in the town of Rawdon is really the trigger man. Cortez makes his way to the town to prove his innocence, and Lester follows closely on his heels, hoping to get to the bottom of the mystery. Upon his arrival in Rawdon, Jim is immediately thrust into the center of a dark conspiracy involving The Phantom, a shadowy figure who has been menacing the same seven suspects in the older Lester's death, and whose identity is unknown. Through ten action packed chapters, Jim fights to uncover the truth in a town full of suspects.

An early 10-chapter serial about a rancher who disguises himself as the "Phantom" in order to avenge his father's murder.

Vengeance | Vintage | Serial
This product is made-on-demand by the manufacturer using DVD-R recordable media. Almost all DVD players can play DVD-Rs (except for some older models made before 2000) - please consult your owner's manual for formats compatible with your player. These DVD-Rs may not play on all computers or DVD player/recorders. To address this, the manufacturer recommends viewing this product on a DVD player that does not have recording capability.