Thomas H. Ince's anti-war silent classic, in which Jesus Christ is resurrected in the midst of the First World War. 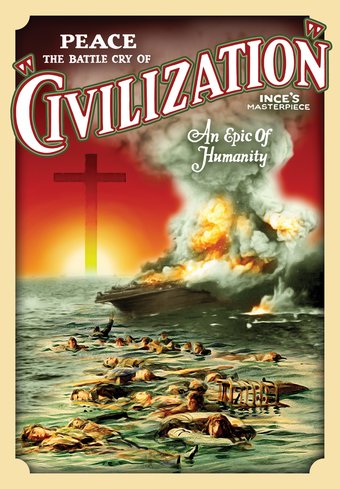 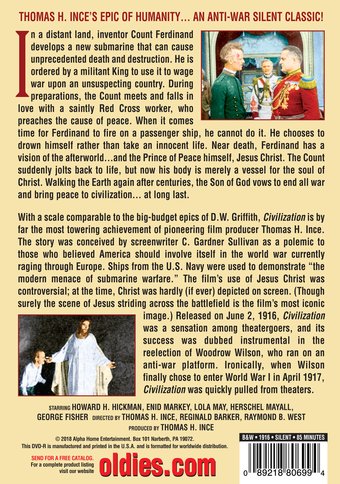 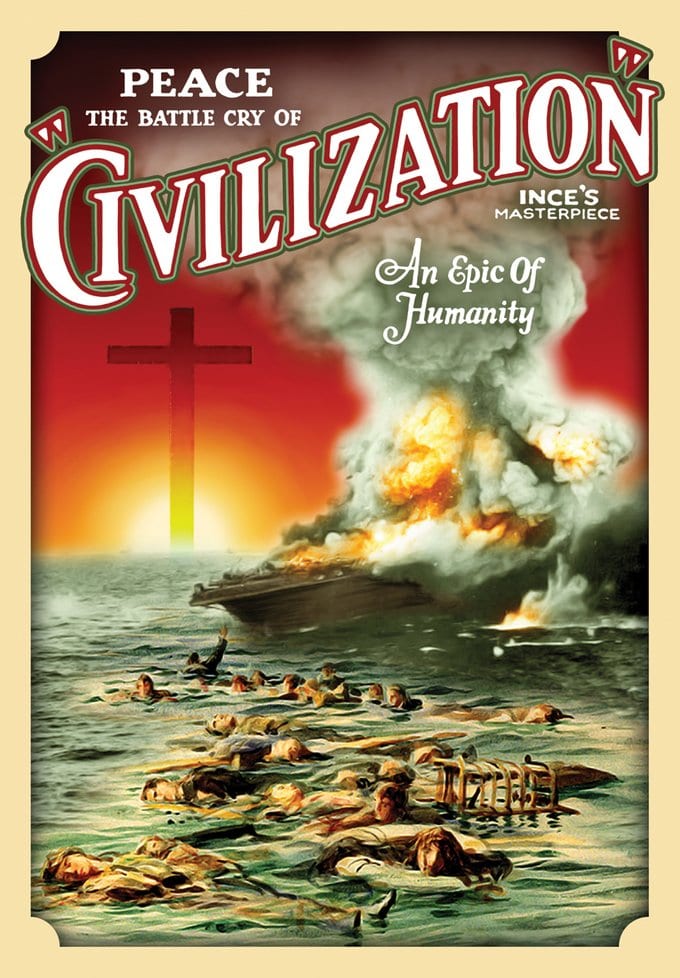 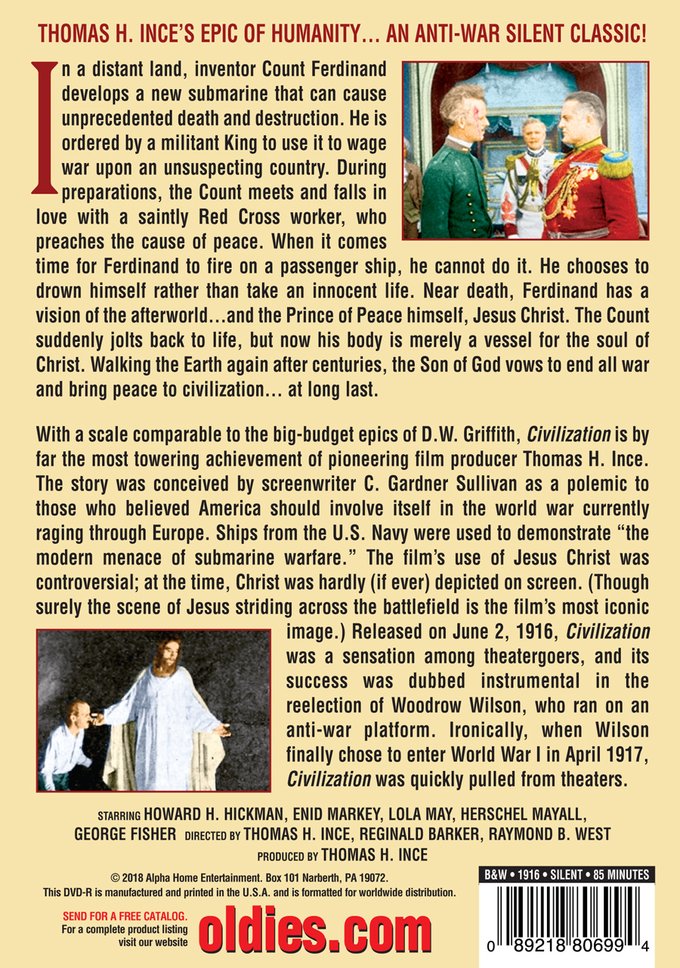 In a distant land, inventor Count Ferdinand develops a new submarine that can cause unprecedented death and destruction. He is ordered by a militant King to use it to wage war upon an unsuspecting country. During preparations, the Count meets and falls in love with a saintly Red Cross worker, who preaches the cause of peace. When it comes time for Ferdinand to fire on a passenger ship, he cannot do it. He chooses to drown himself rather than take an innocent life. Near death, Ferdinand has a vision of the afterworld...and the Prince of Peace himself, Jesus Christ. The Count suddenly jolts back to life, but now his body is merely a vessel for the soul of Christ. Walking the Earth again after centuries, the Son of God vows to end all war and bring peace to civilization...at long last.

With a scale comparable to the big-budget epics of D.W. Griffith, Civilization is by far the most towering achievement of pioneering film producer Thomas H. Ince. The story was conceived by screenwriter C. Gardner Sullivan as a polemic to those who believed America should involve itself in the world war currently raging through Europe. Ships from the U.S. Navy were used to demonstrate "the modern menace of submarine warfare." The film's use of Jesus Christ was controversial; at the time, Christ was hardly (if ever) depicted on screen. (Though surely the scene of Jesus striding across the battlefield is the film's most iconic image.) Released on June 2, 1916, Civilization was a sensation among theatergoers, and its success was dubbed instrumental in the reelection of Woodrow Wilson, who ran on an anti-war platform. Ironically, when Wilson finally chose to enter World War I in April 1917, Civilization was quickly pulled from theaters.